Close
Bernard Edwards
from Greenville, NC
January 1, 1953 - April 18, 1996 (age 43)
Biography
Bernard Edwards' supple, big-bottom basslines powered platinum hits by Chic, the '70s dance/pop band that he co-founded with guitarist/songwriter/producer Nile Rodgers. The group scored three gold singles and one platinum single including two number one pop/R&B singles, "Le Freak" and "Good Times"; two platinum albums, C'est Chic and Risque; and one gold album, Chic. A Chic live recording, Live at the Budokan, was released February 23, 1999, through Rodgers' Sumthing Distribution. The bassist co-wrote and produced all of Chic's records as well as those the duo produced for Diana Ross, Sister Sledge, and others. Edwards later produced and played in '80s supergroup Power Station ("Some Like It Hot"); produced ABC's "When Smokey Sings," Ross' "Telephone," and Rod Stewart; and played bass on the Rodgers-produced Madonna LP Like a Virgin and Jody Watley's "Don't You Want Me."

The debut LP issued in December 1977, Chic, went gold, peaking at number 27 pop in spring 1978. Chic's biggest hit, "Le Freak," was recorded at the legendary Power Station in New York City with singers Alfa Anderson and Luci Martin, keyboardists Raymond Jones (who later produced and co-wrote with Freddie Washington Whitney Houston's "Someone for Me") and Robert Sabino, percussionist Sammy Figueroa, and the Chic Strings: Cheryl Hong, Marianne Carroll, and Karen Milne, directed by Gene Orloff. "Le Freak" parked at number one R&B for five weeks, number one pop in fall 1978, returning to the top spot three times. It became the biggest-selling single in Atlantic Records' history, selling over four million copies. Their second LP, C'est Chic (number four pop, late 1978), went platinum, sold over one million copies and yielded the "Le Freak" follow-up "I Want Your Love" b/w "(Funny) Bone." With so much success, Rodgers and Edwards became in-demand songwriters/producers, racking up huge hits, most notably with Diana Ross and Sister Sledge. Atlantic Records told them that they could work with any artist on their roster. Rodgers and Edwards chose one of the label's lesser-known acts, reasoning that if they came up with a hit for a superstar act, the act would get the bulk of the recognition and the credit and not themselves.

The duo chose to produce a four-sister teenage act called Sister Sledge, signed to its Atco subsidiary. The quartet had scored a hit with "Love Don't Go Through No Changes on Me" and worked with the producers of Silver Convention ("Fly Robin Fly") and Brad Shapiro ("Better Days"). Their first single with Rodgers and Edwards, issued on Atlantic's Cotillion label, was "He's the Greatest Dancer," which hit number one R&B and number two pop in spring 1979. "We Are Family," the title track of Sister Sledge's third album, had already received massive dance club and radio play when it was issued as a single, giving the group its first and only certified gold single, going to number one R&B, number two pop in summer 1979. The track was adopted by the 1979 World Series-winning Pittsburgh Pirates, numerous other organizations, became a standard tune for family reunions, and seemingly will be around as long as there are families. The We Are Family LP went platinum, peaking at number three pop in spring 1979.

The Rodgers/Edwards-produced follow-up LP Love Somebody Today boasted the single "Got to Love Somebody" (number six R&B). The title track to their 1981 LP All American Girls (reissued as a 1995 Rhino CD) went to number three R&B. "Good Times" b/w the sensual "A Warm Summer Night" was the first single from Chic's third album, Risqué (platinum, number five pop); it stayed at number one R&B/pop for six weeks in summer 1979. The second single, "My Forbidden Lover" b/w "What About Me," made it to number 33 R&B and its extended 12" single version became a post-release collectible. The third single, "My Feet Keep Dancing," featured tap dancing by Fayard Nicholas of the Nicholas Brothers and Eugene Jackson of Our Gang. When the Sugarhill Gang rapped over "Good Times" for their groundbreaking million-selling hit "Rapper's Delight," Rodgers and Edwards amassed huge royalties (after some litigation) from its success. Queen's "Another One Bites the Dust" sports a Edwards/"Good Times"-influenced bassline.

Diana Ross worked with the duo and was rewarded with a platinum album, Diana (number two pop for two weeks, summer 1980) and dual charting singles: "Upside Down," which went gold and had a four-week run in the number one spot on both the R&B and pop charts in summer 1980, and "I'm Coming Out" (number six R&B/number five pop). Both singles had "Friend to Friend" as their B-sides (some copies of "...Out" had "Give Up" as the B-side). The duo produced Debbie Harry's gold LP Koo Koo, which included "Backfired" and "The Jam Was Moving." Not all of their collaborations were successful; they recorded some tracks with Johnny Mathis that were discarded by mutual consent between the producers and the singer. In the midst of all this activity, Rodgers and Edwards somehow found time to produce former Chic background singer Norma Jean (self-titled debut LP for Bearsville Records released summer 1978). Their Real People LP yielded the single "Rebels Are We," which went to number eight R&B in July 1980. Ironically, the group's last high-charting single wasn't on a Chic album, but was the title track of the Soup for One movie soundtrack (number 14 R&B). Of course, with so much success, the Chic sound influenced various recording acts, most notably Change, whose music was notches above most of the acts that copped the sound that Rodgers and Edwards had created.

By the mid-'80s, the duo was no longer producing together exclusively. Tiring of their rigorous production and touring schedule, Chic disbanded with Take It Off (1981, "Stage Fright") and the 1982 LPs Tongue in Chic ("Hangin'") and Believer being their last albums for Atlantic. Both men embarked on illustrious production careers: Rodgers had hits with David Bowie (the number one gold single "Let's Dance," "China Girl"), Madonna (the nine-million selling LP Like a Virgin, with the number one title track single and the Top Five hits "Material Girl," "Angel," and "Dress You Up"), and the System ("Comin' to America") while Edwards recorded with ABC, Rod Stewart, Power Station, Starpoint, Missing Persons, and Nona Hendryx, among others. Rodgers and Edwards reunited for a 1992 Chic LP, Chic-ism ("Give Me the Lovin'," "Chic Mystique") for Warner Bros. Records. At the age of 43, Bernard Edwards died of pneumonia while touring with Chic in Tokyo, Japan, on April 18, 1996. ~ Ed Hogan, Rovi 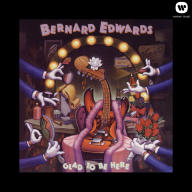 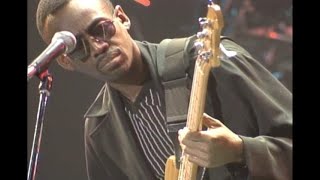 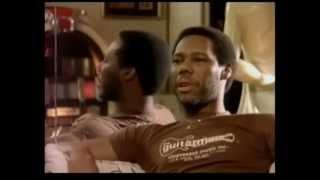 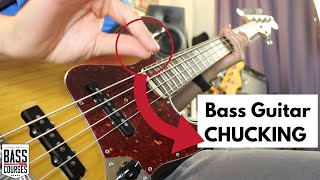 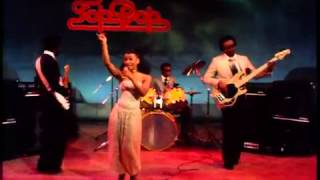 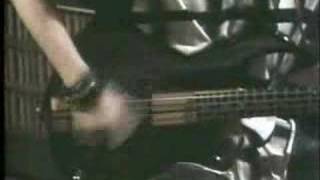 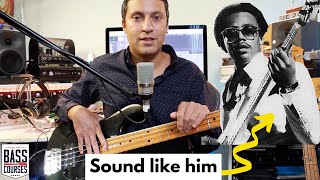 How To Play Bass (A Bit...) Like Bernard Edwards
Available here: