Close
Ron Geesin
from Stevenston, Scotland
December 17, 1943 (age 78)
Biography
To many rock fans of advancing years, the name Ron Geesin may be vaguely familiar for but one reason. Anyone who has ever closely scrutinized the credits of Pink Floyd's Atom Heart Mother might have at least been momentarily perplexed to discover that the side-long title track is the work of Gilmour-Waters-Wright-Mason and Geesin -- the only instance of a Floyd track being even partially composed by anyone other than a member of the band, (at least before David Gilmour started roping in outside lyricists after Roger Waters' departure). Geesin's main contribution to the Atom Heart Mother suite was the elegiac cello melody, bizarrely subtitled Breast Milky. Yet anyone thus prompted to get further acquainted with Geesin's solo work might have been in for something of a shock, for sober, classically tinged laments are far from being his stock in trade.

In the '70s, Ron Geesin's records -- by then released on his pioneering one-man label, Headscope -- used to bear the helpful instruction to record store staff: "File under Ron Geesin." This would have been unnecessary for any store that already had a section labeled "Madcap electronic composers-cum-performance artists who also write and declaim absurdist poetry and make far-ranging radio programs for the BBC." Yet even that would have grossly oversimplified the dizzying range of Geesin's work, which also includes painting, short stories, designing interactive sound and video-based art structures and installations, off-the-wall comedy, lecturing, and record production. In fact, his range of interests borders on the infinite.

Furthermore, the term "electronic composer" also does Geesin's literally inimitable jumble of musical influences a gross disservice. As a child growing up in the '50s, his first instrument was the banjo, which, by the age of 16, had led him to discover the arcane world of jug band music and trad jazz. This was followed by an early affection for the blues, which he played on the family piano -- using three fingers on each hand -- whenever his two sisters weren't practicing. By 1962, he had joined his first band -- the Downtown Syncopators -- resplendent in stripy blazers and bow ties. Yet perhaps the most significant discovery of his entire musical life was the tape recorder, and its previously unimagined capacity for the manipulation of sound. For the next 20 years, until he bought his first Fairlight computer, Geesin rejoiced in distorting, reversing, chopping up, looping, and electronically treating every sound -- both musical and non-musical -- that came within his ken.

Geesin's debut album, A Raise of Eyebrows, emerged in 1967, and was the first stereo release on the normally rather staid Transatlantic label. From the opening track, however -- which sounds like a gaggle of gibbering loonies trapped in a bottle bank -- it quickly became clear that Geesin's records might be a tough sell. The Atom Heart Mother job sprang from an earlier collaboration with Roger Waters on the soundtrack for a feature film called The Body. Most of the music was composed individually, however, with Waters' wistful acoustic songs largely overwhelmed by Geesin's knotty compositions for strings and genre-defying sound collages. Anyone who had previously wondered where Waters' hardly characteristic contribution to the Ummagumma album -- Several Species of Furry Animals Gathered Together in a Cave and Grooving with a Pict -- sprang from will be in little doubt after hearing Music from The Body. One of Geesin's highest-profile jobs of the period was as soundtrack composer for the successful movie Sunday Bloody Sunday, though his movie soundtrack career never quite fulfilled its early promise.

Throughout the early '70s, Geesin could be heard performing regularly on the John Peel show on BBC Radio 1, as well as contributing to the more august Radio 3 and Radio 4 in various capacities. (He was particularly hurt -- in more ways than one -- when Peel stopped playing his music after the onset of punk.) He also performed live, often sporting a doctor's white coat, and compensated for his lack of accompaniment by, for instance, trading licks with a "silent banjo" propped against a stool. But his main source of income was as a composer of charmingly quirky music for feature films, TV programs, commercials, and short promotional films -- a field in which he won a number of awards. In the '80s and '90s he continued to be heard, though less frequently on radio, by now armed with an array of computers and synthesizers. Even then, however, his roots were often showing on albums like Bluefuse, where Geesin gleefully dismantles and reassembles a 12-bar blues to a point where it is no longer recognizable as such.

In summing up his career from a musical perspective at least, it is possible to feel a deep affection for the man while entertaining the nagging suspicion that he has never quite fulfilled his potential. Listening now to the group of albums on which his reputation rests, it takes a monumental act of willpower to keep from hitting the skip button on a regular basis. A lot of Geesin's sonic experiments now sound simply self-indulgent or self-consciously wacky. Yet time and time again, when his natural -- and utterly distinctive -- flair for melody is on display, whether he's playing banjo, treated piano, or a primitive synth, you hear the all too rare sound of an original voice at work. Take a track like The Middle of Whose Night from the 1973 album As He Stands, with its haunting yet restless fusion of cellos and a counter-tenor's voice. It's a beautiful piece of which any contemporary classical composer would have been proud, though in common with much of Geesin's music it's over in less than three minutes.

In later years, Geesin perhaps became a little sensitive to accusations that he was only capable of writing miniatures, and for some considerable time has been working on a piece called Journey of a Melody -- "the big work," as he calls it. Whether or not it ever sees the light of day, Ron Geesin will always be fondly remembered as a genuine one-off with a healthy disrespect for the "serious" musical establishment, and its counterpart in the rock world. ~ Christopher Evans, Rovi 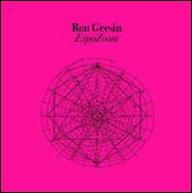 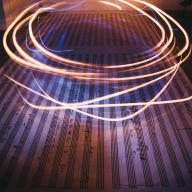 RonCycle1 The Journey Of A Melody
2011 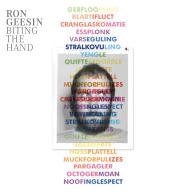 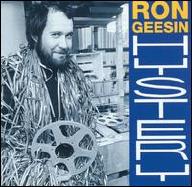 A Raise of Eyebrows/As He Stands
1995 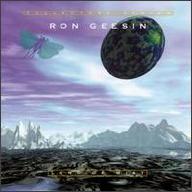 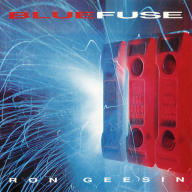 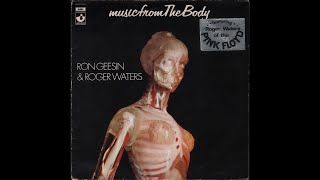 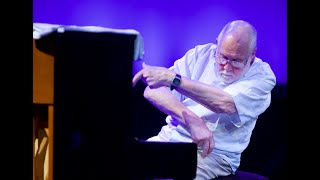 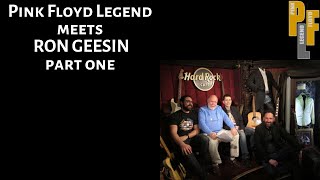 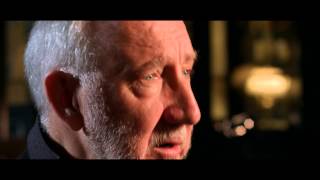 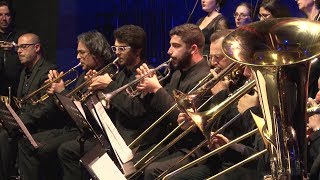 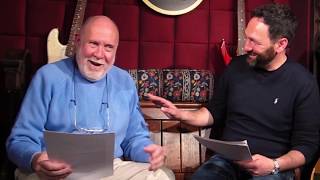 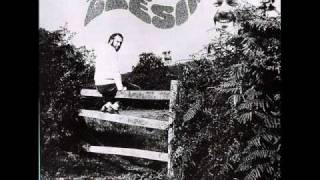 Ron Geesin - To Roger Waters Wherever You Are
Available here: