Close
Jayne Cortez
from Fort Huachuca, AZ
May 10, 1936 - December 28, 2012 (age 76)
Biography
Jayne Cortez wrote and spoke with an uncompromising intensity all her own. Acerbic, hard-hitting, unsentimental, and scathingly honest, she had a take on reality so potent -- and even pungent -- that many poets may seem benign or even superficial by comparison. The musicians with whom she aligned herself over the years invariably reflected and underscored the sociopolitical and cultural elements to which she attached the greatest importance. Born in Fort Huachuca, Arizona in 1936, she grew up near Los Angeles under the spell of her parents' jazz and blues record collection, which also included examples of Latin American dance bands and field recordings of indigenous tribal American music. Early exposure to the recordings of Bessie Smith instilled a deeply etched sense of female identity which, combined with a strong will, shaped her into an uncommonly outspoken individual. She became transformed by the sounds of Duke Ellington, Sarah Vaughan, Charlie Parker, Dizzy Gillespie, and no-nonsense vocalist Dinah Washington, whose visceral approach to self-expression clearly encouraged the poet not to pull any punches. Cortez, who markedly respected the memory of independent performing artist Josephine Baker, preferred to name inspirations rather than influences, especially when discussing writers. Those with whom she identified herself include Langston Hughes, Aime Cesaire, Léon Damas, Christopher Okigbo, Henry Dumas, Amiri Baraka, and Richard Wright. Parallels with the ugly/beautiful poetics of Federico García Lorca also suggest themselves. Her words were usually written, chanted, and spoken in rhythmic repetition patterns that closely resembled the intricate tactile language of African and Caribbean drumming.

Cortez married saxophonist Ornette Coleman in 1954 when she was 18 years old. Their son Denardo was born in 1956; he began drumming with his father while still a child and devoted his adult life to collaborating with both parents in their respective careers. In 1964, Cortez divorced Coleman and founded the Watts Repertory Theater Company, for which she served as artistic director until 1970. Active in the struggle for Civil Rights in Mississippi, she traveled through Europe and Africa, and moved to New York City in 1967. Most of her recordings have been issued under the auspices of Bola Press, a publishing company that Cortez founded in 1972. She cut her first album, Celebrations and Solitudes, at White Plains, New York in 1974. A set of duets with bassist Richard Davis, it was released on the Strata East label. The first Bola Press recording, taped in October 1979, was called Unsubmissive Blues and included a piece "For the Brave Young Students in Soweto." Cortez commenced delivering her poetry backed by an electro-funk modern jazz group called the Firespitters, built around a core of guitarist Bern Nix, bassist Al McDowell, and drummer Denardo Coleman. For years, the Firespitters and Ornette Coleman's Prime Time coexisted with Denardo as the axis and various players participating in both units. Cortez married painter, sculptor, and printmaker Melvin Edwards in 1975. His work has appeared in her publications as well as on some of her album covers.

During the summer of 1982, Cortez delivered There It Is, an earth-shaking album containing several pieces that truly define her artistry. These include "I See Chano Pozo," a joyously evocative salute to Dizzy Gillespie's legendary Cuban percussionist; a searing indictment of patriarchal violence called "If the Drum Is a Woman," and "US/Nigerian Relations," which consists of the sentence "They Want the Oil But They Don't Want the People" chanted dervish-like over an escalating, electrified free jazz blowout. Recorded in 1986, her next album, Maintain Control, is especially memorable for Ornette Coleman's profoundly emotive saxophone on "No Simple Explanations," the unsettling "Deadly Radiation Blues," and the harshly gyrating "Economic Love Song," which is another of her tantrum-like repetition rituals, this time built around the words "Military Spending, Huge Profits and Death." Among several subsequent albums, Cheerful Optimistic (1994) stands out for the use of an African kora player and poignant currents of wistfulness during "Sacred Trees" and "I Wonder Who." Additionally, this album contains a convincing ode to anti-militarism in "War Devoted to War" and the close-to-the-marrow mini-manifestos "Samba Is Power" and "Find Your Own Voice." In 1996, her album Taking the Blues Back Home was released on Harmolodic/Verve; Borders of Disorderly Time, which appeared in 2002, featured guest artists Bobby Bradford, Ron Carter, and James Blood Ulmer.

In 1991, Cortez co-founded the Organization of Women Writers of Africa, and served as its president for many years thereafter. An educator, publisher, and internationally acclaimed writer whose works have undergone translation into many languages, Cortez appeared in the films Poetry in Motion and Women in Jazz. Her impact upon the development of spoken word performance art during the late 20th century has yet to be intelligently recognized. In some ways her confrontational political outspokenness and dead-serious cathartic performance technique placed Cortez in league with Judith Malina and the Living Theater. According to the online African-American Registry, "Her excrescent language and her ability to push the acceptable limits of expression to address issues of race, sex and homophobia place her in a category that few other women occupy." She maintained two residences, one in New York City and one in Dakar, Senegal, which she said really felt like home. Jayne Cortez died in New York on December 28, 2012; she was 76 years old. ~ arwulf arwulf, Rovi 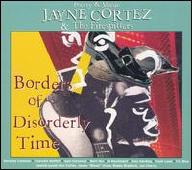 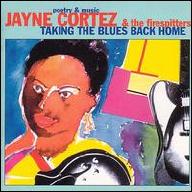 Taking The Blues Back Home
1996 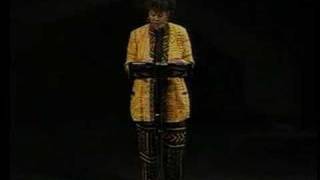 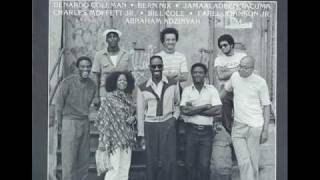 jayne cortez and the firespitters - there it is 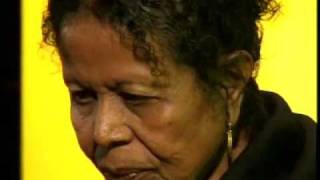 Jayne Cortez "Find Your Own Voice" 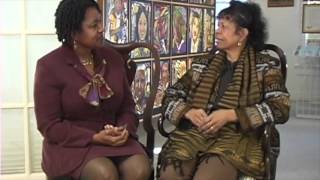 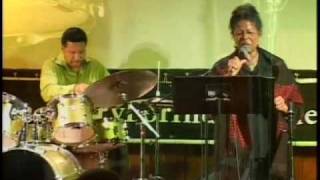 Jayne Cortez, "She Got He Got" 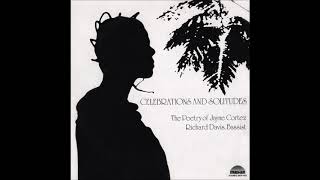 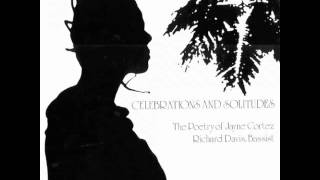 Jayne Cortez - How Long Has Trane Been Gone
Available here: