Close
Mylène Farmer
from Pierrefonds, Quebec, Canada
September 12, 1961 (age 60)
Biography
Mylène Farmer is a Canadian-born French pop superstar who rose to fame in the 1980s and topped the charts time and time again for decades thereafter. Known for giving precious few interviews, she is a deeply mysterious figure with a cult following of fans around the world. A strongly visual artist, Farmer has made videos and live performances an integral part of her musical statement and its inclination toward taboo subject matters such as sex and death. Farmer's breathy, sensuous vocals were accompanied by upbeat dance-pop on her 1986 debut Cendres de Lune, and she began exploring edgier, moodier musical landscapes with 1991's L'Autre, while 1995's Anamorphosee displayed the influence of alternative rock. In the 2000s, Farmer moved deeper into electronic dance music with Point de Suture, Bleu Noir (the latter featuring production by Moby), and Interstellaires.

Born Mylène Jeanne Gautier on September 12, 1961 in Montreal, Quebec, Canada, she moved to France at age eight and attended the Parisian drama school Cours Florent as a teenager. While studying to become an actress, she adopted the name Mylène Farmer in tribute to Frances Farmer, an iconic Hollywood actress from the 1930s. Upon meeting fellow Cours Florent student Laurent Boutonnat, Farmer made her recording debut as a pop singer with "Maman a Tort" in 1984. "Maman a Tort" was the first of many Farmer songs composed by Boutonnat, who also directed a risqué video starring Farmer as a Lolita figure in a revealing nightgown. More singles followed, and Farmer eventually scored her first Top Ten hit with "Libertine" in 1986. Her full-length album debut, Cendres de Lune (1986), was released around this same time.

Her second album, Ainsi Soit Je... (1988), spawned her first chart-topping single, "Pourvu Qu'elles Soient Douces," another provocative song with an epic video that ran for nearly 20 minutes and coupled French history with sex and death. As with subsequent albums, all the lyrics of Ainsi Soit Je... were written by Farmer while Boutonnat composed the music and directed the videos. In addition to her recording output, Farmer established herself right away as a dramatic concert performer, releasing the first of many live albums with En Concert in 1989.

Following her third album L'Autre... (1991), Farmer's subsequent studio albums appeared sporadically, released every half-decade or so, as her music evolved from archetypal European dance-pop to more adventurous alternative sounds on Anamorphosee (1995), while she explored electronic music on Point de Suture (2008). Despite the long absences, her popularity never waned; for instance, Point de Suture spawned five straight number one hit singles, while she mounted sold-out concert tours and released an array of live and remix albums.

Farmer returned in the latter half of 2010 and appeared on celebrated French songstress Line Renaud's record Rue Washington, where she performed a duet and wrote "C’est Pas l’Heure." The same year she also released her well-received eighth album, Bleu Noir, which topped the French charts for three consecutive weeks. Farmer enlisted Lady Gaga producer RedOne to handle the production and write music for the record, which marked the first material without longtime collaborator Boutonnat; Moby also produced several tracks. In 2011, a second greatest-hits collection, 2001-2011, was released, containing all of her hit singles since the 2001 release Les Mots. Farmer returned in relatively speedy fashion with Monkey Me in 2012, which debuted at number one on the French charts and went triple platinum in her homeland. Farmer enjoyed similar commercial success with 2015's Interstellaires, which included the song "Stolen Car," a duet with Sting. In 2017, Farmer signed a recording contract with Sony Music after fulfilling her deal with Universal; her first album for Sony was tentatively scheduled for release in the fall of 2018. ~ Jason Birchmeier & Mark Deming, Rovi 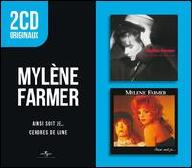 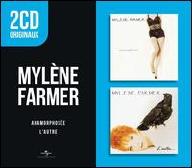 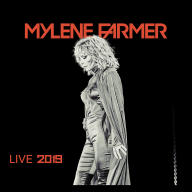 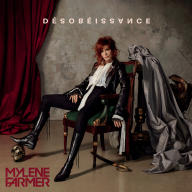 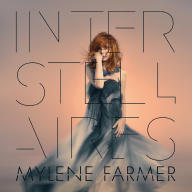 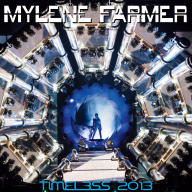 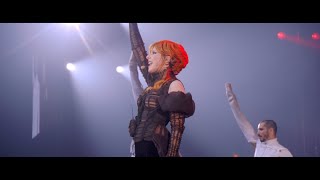 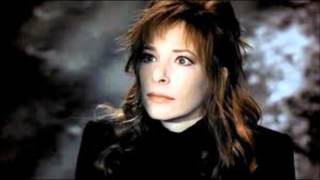 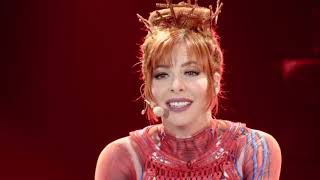 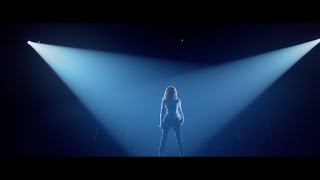 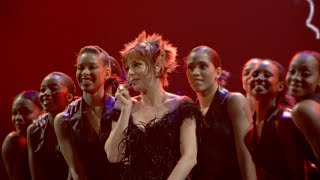 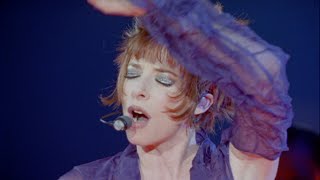