Close
The Standells
from Los Angeles, CA
formed January 1, 1962 - January 1, 1983 (age 21)
Biography
The Standells made number 11 in 1966 with Dirty Water, an archetypal garage rock hit with its Stones-ish riff, lecherous vocal, and combination of raunchy guitar and organ. While they never again reached the Top 40, they cut a number of strong, similar tunes in the 1966-1967 era that have belatedly been recognized as '60s punk classics. "Garage rock" may not have been a really accurate term for them in the first place, as the production on their best material was full and polished, with some imaginative touches of period psychedelia and pop.

The Los Angeles band was actually hardly typical of the young suburban outfits across America who took their raw garage sound onto obscure singles recorded in small studios. They'd been playing L.A. clubs since the early '60s, with a repertoire that mostly consisted of covers of pre-Beatles rock hits. Drummer (and eventual lead singer) Dick Dodd had been a Mouseketeer on television, organist Larry Tamblyn was the brother of noted film actor Russ Tamblyn, and Tony Valentino was a recent immigrant from Italy. Gary Leeds (later to join the Walker Brothers) was an early member (though he was replaced by Dodd).

The Standells' pre-Dirty Water history is a little vague and confusing; they recorded some ordinary albums and singles for Liberty, MGM, and Vee Jay, appeared in the movie #Get Yourself a College Girl, and did a lot of television work (most notably a well-remembered guest appearance on #The Munsters, where they did a woeful version of I Want to Hold Your Hand). There were flashes of gritty inspiration on early cuts like Big Boss Man and Someday You'll Cry, but the group didn't really hit their stride until teaming up with producer Ed Cobb, formerly of the clean-cut vocal group the Four Preps. It was Cobb who wrote Dirty Water, which marked quite a change of direction from their previous clean-cut image. In fact, the group didn't even like the song, which took about six months to break into a hit.

Considerably toughening their image, the group churned out four albums in 1966 and 1967, as well as appearing in (and contributing the theme song to) the psychedelic exploitation movie #Riot on Sunset Strip. Cobb, in addition to writing Dirty Water, also penned their other most enduring singles, including Sometimes Good Guys Don't Wear White, Why Pick on Me, and Try It (the last of which was widely banned for its suggestive delivery). The group did write some decent material of their own, such as the tense Riot on Sunset Strip and the psychedelic All Fall Down, which bears an interesting similarity to some of Pink Floyd's early work. Their albums were quite inconsistent -- in fact, one of them, consisting of covers of big, mid-'60s hits, was altogether dispensable -- which makes it advisable for all but the truly committed to look for greatest-hits compilations that selectively weed out the best stuff.

The Standells never had a stable lineup; bass players were constantly leaving (John Fleck, aka John Fleckenstein, who was briefly in an early version of Love, held the spot for a while), and Dick Dodd went solo in 1968, the year they released their last single. Tower, as was the case with most of its artists, didn't apply intelligent long-range planning to the band's career, issuing too many albums at once. The group didn't help their own cause by issuing an awful vaudeville-rock single, Don't Tell Me What to Do, under the transparent pseudonym of the Sllednats. They didn't record after 1968, though the group dragged on in one form or another until the early '70s (Lowell George was even a member briefly). ~ Richie Unterberger, Rovi 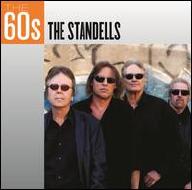 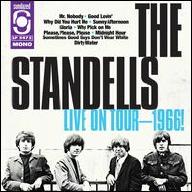 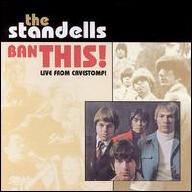 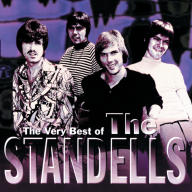 The Very Best Of The Standells
1998 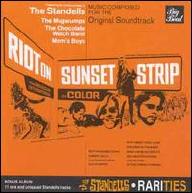 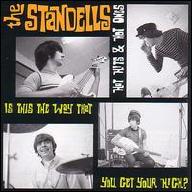 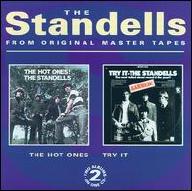 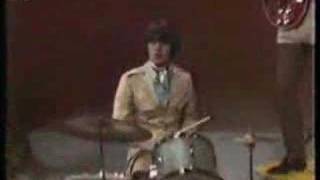 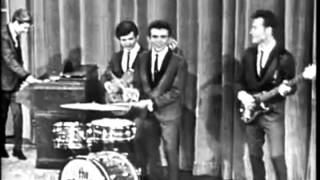 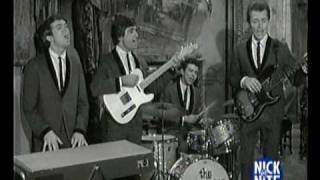 The standells - I wanna hold your hand 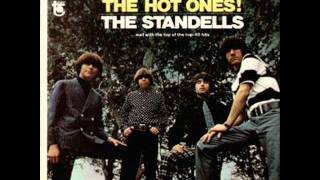 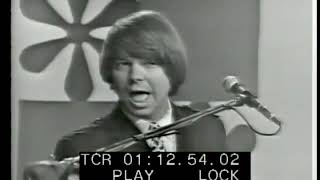 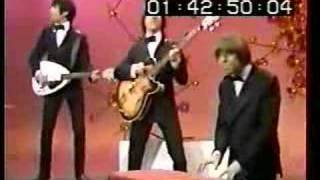 The Standells - Dirty Water / Why Pick On Me 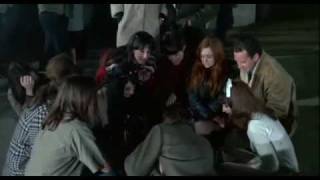