Close
Mick Avory
from Hampton Court, London, England
February 15, 1944 (age 77)
Biography
Mick Avory is one of the most familiar names among British Invasion drummers -- as a member of the Kinks from 1964 through 1984, he got to play before the screaming crowds of the British beat boom, at home and abroad, but also on the more sophisticated records and extended concept works that made up the group's output of the late '60s and the 1970s. He was never as visible a personality as Ringo Starr -- who added acting, and just being Ringo, to his contribution on the drums to the Beatles' public presentation -- or in the same league musically with Keith Moon, Charlie Watts, Ginger Baker, or John Bonham, but he's just about as well-known, owing to his longevity and the durability of the Kinks and their sound.

Born Michael Charles Avory in early 1944 in East Molesey, Surrey, England, he reached his teens as the skiffle boom was sweeping England, which provided his entry into music as a performer, by his own admission before he even knew what he was doing. As as he recounted to "Digger" in an interview at Retrosellers.com, it was as a member of the Sea Scouts, at age 13. that he accompanied a friend to a meeting where some of the boys had formed a skiffle group, and the one playing drums, such as they were, had tired of that role and abandoned it, and he was asked in. It was from that beginning that he learned the rudiments of drumming, and became very serious about it. Up to that time, his only instrument had been the harmonica, a result of a gift from an uncle.

From age 13, he aspired to be a better drummer, and by 1962, when he was 18, he was sitting in with a bunch of guys his age, playing guitars and harmonica (mostly in a bluesy form, if not manner), who became the Rolling Stones. Indeed, Avory was one of the more notable candidates to pass through the drummer's spot in the primordial version of that band before they found Charlie Watts. His major influences were jazz percussionists such as Art Blakey, Max Roach, Joe Morello, and Shelly Manne. He joined the Kinks in January of 1964, just after they'd changed their name from the Ravens, and more than suited their needs at live shows, as well as Ray Davies' expectations for a drummer. For producer Shel Talmy, however, Avory wasn't loud or powerful enough for the sound he wanted on their recordings, especially the singles, and doubly so once they'd evolved past the faux Merseybeat sound of their first records -- Kinks singles were supposed to have impact from their first note, and Avory's playing wasn't quite what Talmy felt was needed. So on their first few singles, Bobby Graham, late of the Joe Meek-produced Outlaws, was playing the drums, though Avory was apparently able to provide some percussion support even on those sides. (Note: Some sources also credit Clem Cattini, another veteran of Meek's orbit, as a session drummer on the Kinks' early sides.)

There's some disagreement about whether he played drums on the group's first album, but Avory definitely played on 1965's Kinda Kinks, and after that there was no turning back, especially as the group's sound evolved in more complex and sophisticated directions. Avory's work followed suit, and Ray Davies was able to avail himself of his bandmate's more jazz-oriented inclinations. To hear his playing on their earliest songs, one should turn to either the BBC performances that have surfaced which, of necessity, feature the actual group members, and also to The Live Kinks (aka Live at Kelvin Hall), which show him acquitting himself more than adequately on You Really Got Me and other songs.

Avory's relationship with the brothers Ray and Dave Davies was always a bit problematic, as they were the two creative members of the band, writing and devising songs and approaches (while Avory and bassist Pete Quaife occupied the creative sidelines). Ray Davies has always spoken highly of him in public, but relations with Dave Davies didn't always seem that harmonious. Their resentment was known to flare up occasionally on-stage, and was said to be evident behind the scenes from the group's earliest years, with Ray Davies sometimes serving as intermediary and referee. They managed to keep working together across 20 years, with some notable explosions along the way, until the resentments grew too pronounced in 1984, during the recording of the song Good Day on Word of Mouth.

Avory ceased playing with the Kinks at that point, but was put in charge of their Konk Studios, where they made most of their recordings. His successor was Bob Henrit, another veteran of the British beat boom as a member of Adam Faith's backing band, the Roulettes (who later emerged as a fine group in their own right), Unit 4+2, and Argent. He and Dave Davies have since worked together on some of the latter's solo recordings, and in 1996, he reunited with ex-member John Dalton -- a bassist whose work Avory highly respects -- in an outfit called the Kast Off Kinks. He is also involved with a touring band of '60s British rock veterans (such as Chip Hawkes of the Tremeloes and Eric Haydock of the Hollies) called the Class of '64. This proved to be the first of several similarly devised supergroups of British Invasion veterans which have drawn on ex-members of outfits such as the Foundations and the Swinging Blue Jeans, and played very successfully in England and on the European Continent. ~ Bruce Eder, Rovi 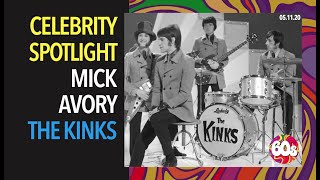 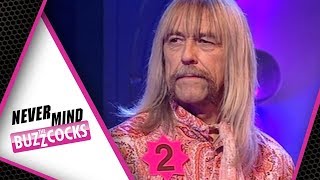 Can You Identify The Kinks Ex Drummer Mick Avory? Never Mind The Buzzcocks With Simon Amstel 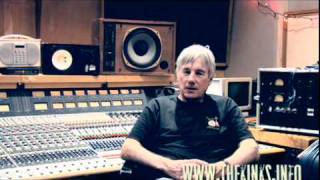 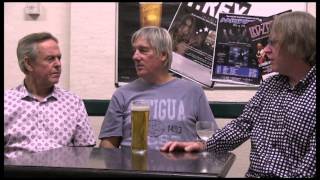 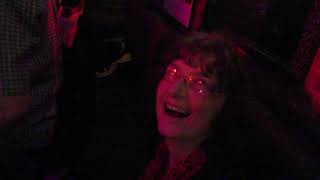 60's All Stars Sunny Afternoon with Mick Avory on drums