Close
Glen Matlock
from Paddington, London, England
August 27, 1956 (age 65)
Biography
There are numerous stories and myths about why original Sex Pistols bassist Glen Matlock was fired and replaced by Sid Vicious. It isn't true that Matlock was kicked out for liking the Beatles; in fact, he was even more enamored of the Faces and the mod groups prominently featured on London pirate radio in the late '60s, as were Steve Jones and Paul Cook. It is true that Matlock had the strongest melodic sensibility of anyone in the group and regardless of personality conflicts, he was an invaluable part of the Pistols' songwriting chemistry.

A former art school student, Matlock had originally joined up with Jones and Cook in 1972; even though he left the group in 1977 before their debut album was completed, he was still rehired to complete the majority of the album's bass tracks. Upon his exit, Matlock formed a punk-pop unit called the Rich Kids, which also featured future Ultravox singer Midge Ure; they released one album in 1978, Ghosts of Princes in Towers (which produced an overlooked classic in the title track), before breaking up. Matlock played with Sid Vicious and joined Iggy Pop's band shortly thereafter, touring with Pop in 1979 and appearing on the following year's Soldier album. Over the next few years, Matlock played with a variety of bands, including the Spectres (with Danny Kustow, ex-Tom Robinson Band), the London Cowboys (appearing on their 1984 album Tall in the Saddle), and Johnny Thunders (from about 1985-1987). In 1990, Matlock published his autobiography, I Was a Teenage Sex Pistol, and subsequently worked in the Role Models with ex-members of Public Image Ltd. In 1995, he played with a Faces-style rock roll band called the Philistines, which also featured singer Gerry Foster, guitarist Paul O'Brien, and drummer Paul Simon (and had initially included ex-PiL guitarist Keith Levene); that year they released an album, called Hard Work, on Peppermint Records.

In 1996, Matlock's first solo album, Who's He Think He Is When He's at Home?, was released on Creation, featuring ex-Rich Kids guitarist Steve New. However, its British trad rock-styled tunes were largely lost in the hype surrounding the Sex Pistols' 20th anniversary reunion tour and accompanying album, Filthy Lucre Live, for which Matlock was a full participant. The Philistines were later completely revamped, with Matlock now billed ahead of the band as the frontman; other members included guitarists Steve New and James Stevenson, organist Nick Plytas, and drummer Chris Musto. The Clash's Mick Jones made several guest appearances on their 2000 album for Peppermint, Open Mind. The following year, Matlock toured with Dead Men Walking, a quartet of acoustic guitar-playing punk-era veterans that also featured former Alarm leader Mike Peters. In 2004, Matlock followed up Open Mind with the similarly classic rock-inclined On Something. He released his fourth solo album, Born Running, in September of 2010. ~ Steve Huey, Rovi 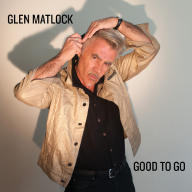 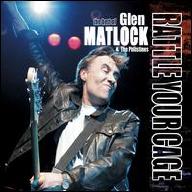 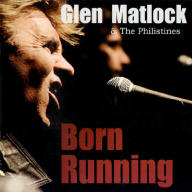 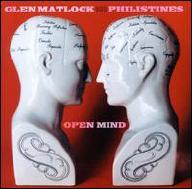 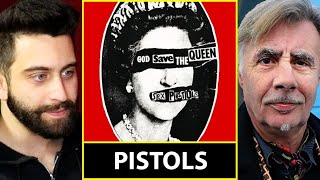 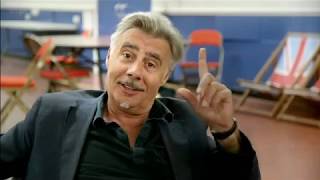 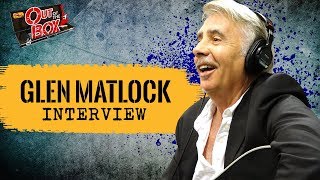 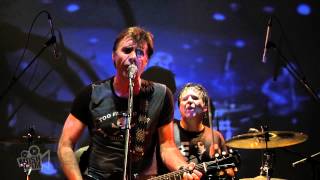 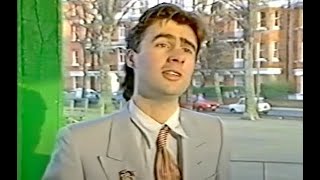 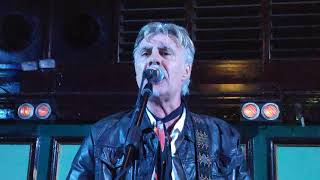 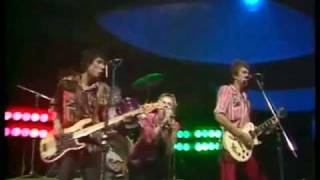