Close
Johnny Rodriguez
from Sabinal, TX
December 10, 1951 (age 68)
Biography
A reliable country hitmaker for much of the '70s, Johnny Rodriguez was born in Sabinal, TX, in 1951, growing up 90 miles from the Mexican border. His older brother Andres, a big country music fan, bought him a guitar when he was seven, and he was playing and singing by his teens. Rodriguez was captain of his high school football team at 16, but when his father died of cancer, he spiraled out of control, racking up four arrests in two years. While Rodriguez was serving a jail term, Texas Ranger Joaquin Jackson heard him sing and introduced him to music promoter Happy Shahan, who booked Rodriguez to work as a singing stagecoach driver at the Alamo Village Amusement Park during 1970-1971. There he was discovered by Tom T. Hall and Bobby Bare, who brought him to Nashville to join Hall's Storytellers. Not long after, Rodriguez signed with Mercury, releasing his debut single, Pass Me By (If You're Only Passing Through), in early 1973. It climbed into the Top Ten and turned out to be the first of 14 consecutive Rodriguez singles to do so. His next two, Ridin' My Thumb to Mexico and You Always Come Back (To Hurting Me), both hit number one.

1974 brought the Top Five hits Dance With Me (Just One More Time) and We're Over, plus the number one That's the Way Love Goes. The following year was even better, as all three of his singles -- I Just Can't Get Her Out of My Mind, Just Get Up and Close the Door, and Love Put a Song in My Heart -- hit number one. More Top Five hits followed over 1976-1977 in I Couldn't Be Me Without You, I Wonder If I Ever Said Goodbye, and Desperado, but he and Mercury parted ways in 1979, upon which point he signed with Epic. Down the Rio Grande went Top Ten that year, but Rodriguez subsequently endured a serious commercial slump. He returned to the Top Ten in 1983 with a pair of hits, Foolin' and How Could I Love Her So Much, which proved to be the last of his career; his final chart single came with 1988's Top 20 hit I Didn't (Every Chance I Had) on Capitol. He did record a couple of honky tonk-style records during the '90s, specifically Run for the Border (Intersound, 1993) and You Can Say That Again (Hightone, 1996). ~ Steve Huey, Rovi 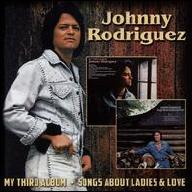 My Third Album/Songs About Ladies & Love
2016 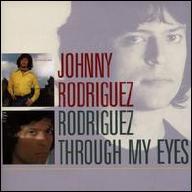 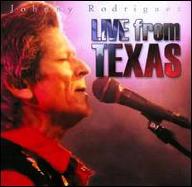 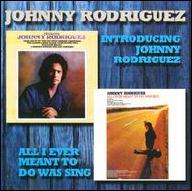 Introducing/All I Ever Meant To Do Was Sing
2010 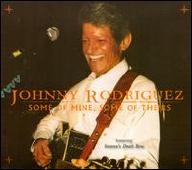 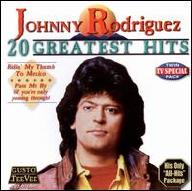 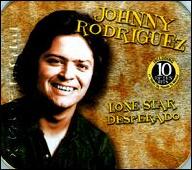 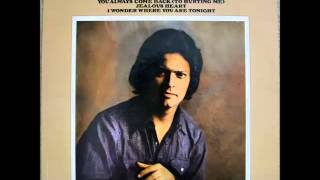 Johnny Rodriguez -- Pass Me By ( If You're Only Passing Through) 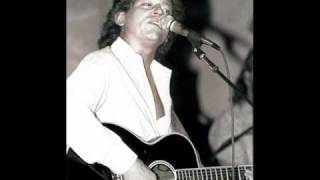 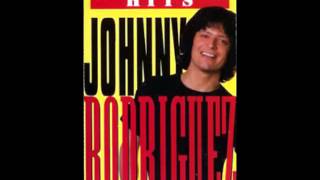 Johnny Rodriguez -- Down On The Rio Grande 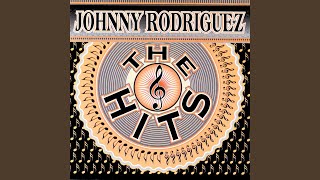 Ridin' My Thumb To Mexico 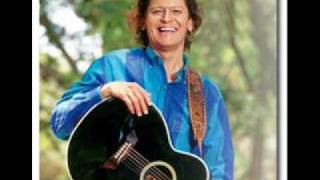 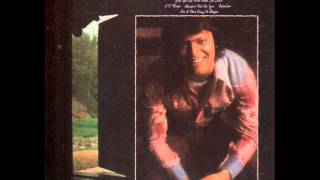 Johnny Rodriguez - Just Get Up and Close the Door 1975
Available here: