Close
Serendipity Singers
from Boulder, CO
formed January 1, 1963 (age 59)
Biography
Anyone who thought that Randy Sparks' New Christy Minstrels represented the most well-scrubbed element of the folk revival never reckoned with the Serendipity Singers. This mixed-voice nonet, founded at the University of Colorado by Mike Brovsky, H. Brooks Hatch, and Bryan Sennett, made Sparks' group look like a raw blues band by comparison. They sang magnificently, however, and did sell records; and, like the Christys, in a distantly related form, the name Serendipity Singers is attached to an ensemble that has continued to perform into the 21st century.

Sennett founded the group as a trio with Brovsky and Hatch, and they proved popular at the University of Colorado in Boulder, where they were based. By 1963, however, Sennett was inspired to expand the group, partly through the influence of the New Christy Minstrels, who were making a serious name for themselves performing and had released a huge hit that summer and fall called Green, Green. They added John Madden, a virtuoso on several instruments, guitarist Jon Arbenz, and bassist Bob Young, and Lynne Weintraub came aboard to add a female voice to the ensemble, now a septet.

The group moved to New York in the spring of 1963, hoping to land a recording contract, and expanded yet again with the addition of Texas-born folksingers Diane Decker and Tommy Tiemann, who had been performing together as a duo and were already veterans of #The Arthur Godfrey Show on television. The nonet, as they were now, performed at the Bitter End, then one of the top clubs in New York's Greenwich Village, and gained the management expertise of its two owners, Fred Weintraub and Bob Bowers. They didn't land a recording contract immediately, but they did pass an audition to appear on #Hootenanny, the weekly ABC-TV folk music showcase, where they appeared several times that season, billing themselves as the Serendipity Singers as a reflection of their good luck. Next followed a recording contract with Philips Records, which already had one successful British folk ensemble, the Springfields, on their roster (and which they were about to lose when Dusty Springfield announced her exit).

Their debut album, The Serendipity Singers, was a nicely crafted and broad selection of folk and folk-based music, embracing traditional songs and themes and originals based on traditional material by the group members (principally Sennett and Madden with contributions from Hatch and Tiemann) and co-producer and co-manager Bob Bowers. The album was smoother and more diverse than the contemporary work of the New Christy Minstrels and it yielded a number six Billboard hit in the guise of Don't Let the Rain Come Down (Crooked Little Man). Propelled by the single's popularity, The Serendipity Singers LP rode the Billboard album chart for 29 weeks in 1964.

The Serendipity Singers as a group had a bigger-voiced approach to singing than the Christys, and they featured fewer of the individual members on their songs, at least on record. They were in many ways closer to the Seekers than to the Christys and, in some respects, the group was already in a place that the Christys would be heading in another couple of years, for their repertory included far more than folk material. The Serendipity Singers also rearranged pop standards for six voices and included contemporary Broadway and off-Broadway songs in their sets and on their albums. They broke on the charts just in time, as the folk boom was peaking and the British Invasion was about to sweep a lot of the music landscape before it.

A second single, the novelty song Beans in My Ears, written by Len Chandler, reached the Top 30, and a second album, The Many Sides of the Serendipity Singers, seemed to acknowledged the reality that folk music had lost some of its commercial appeal. Bob Dylan had begun making electric music and took a lot of the younger and more energetic folk listeners with him, and among the artists that he'd come up with, only Joan Baez, Judy Collins, and Peter, Paul Mary continued to score hits, mostly by modifying their respective sounds. For acts like the Christys and the Serendipity Singers, there was no further significant chart activity, perhaps because their massed vocal sound, fine as it could be arranged, seemed relentlessly upbeat and contrived at a point when the most active part of the folk audience wanted the music to reflect more raw emotion, particularly anger.

Included among the second album's 12 songs were gospel and popular songs, off-Broadway material (Soon It's Gonna Rain by Tom Jones and Harvey Schmidt of +The Fantasticks), and even material drawn from Hollywood, in an effort to broaden their listenership. Their third album, Take Your Shoes Off With the Serendipity Singers, charted in early 1965 and the group's bookings on college campuses and in clubs were still very solid, though their days of charting singles were over. Philips released a fourth LP, We Belong Together, that had more of a pop sound and also introduced new member Patty Davis, succeeding Lynne Weintraub. A fifth long-player, The Serendipity Singers Sing of Love, Lies and Flying Festoons, closed out their contract late in 1965. Two years later, the group made its final appearance on vinyl with a one-shot album for the United Artists label with Love Is a State of Mind.

The last original members were gone by the end of the 1960s. The Serendipity Singers have continued as a pure commercial enterprise into the 1990s and beyond, however, with a new membership under the aegis of a new manager/owner, performing on cruise ships, at trade shows, and on infomercials and sometimes in association with various religious organizations. In August of 1999, eight of the original nine members of the Serendipity Singers played a reunion concert in Branson, MO, their first performance together by all of the original members since 1966. And in the spring of 2000, Collectables Records released a two-on-one CD reissue of the group's first two Philips albums from 1964.~ Bruce Eder, Rovi 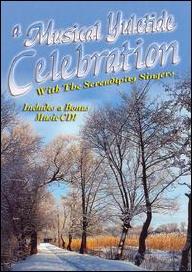 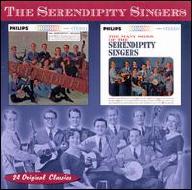 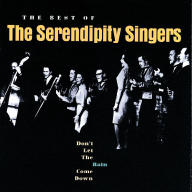 Don't Let The Rain Come Down: The Best Of The Serendipity Singers
1998 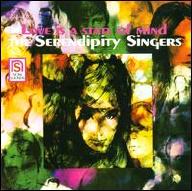 Love Is a State of Mind
1968
Videos
Close 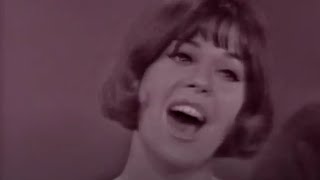 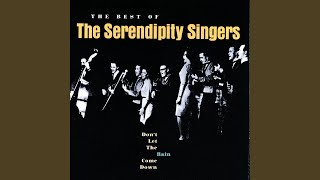 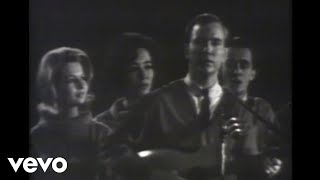 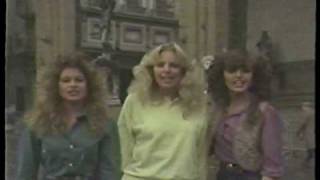 Serendipity Singers - You Should Hear How She Talks About You 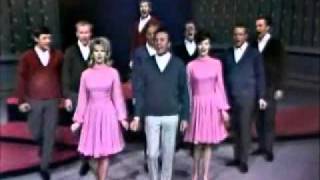 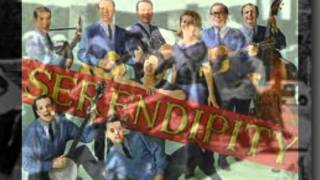 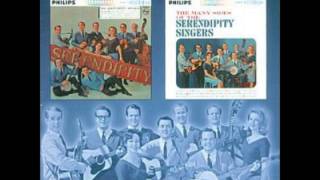 Serendipity Singers - Down Where the Winds Blow
Available here: