Close
Moses Asch
from Warsaw, Poland
December 2, 1905 - October 19, 1986 (age 80)
Biography
Moe Asch is one of the most important non-musicians in the history of 20th century music, whose story is virtually synonymous with that of his record label, Folkways. From the 1940s to the '80s, Folkways issued hundreds of important folk music recordings, and in fact was the first significant independent label to dedicate itself to the documentation and preservation of vital folk forms. Asch is best known, perhaps, for issuing recordings by major American folk musicians like Leadbelly, Pete Seeger, Woody Guthrie, Doc Watson, Sonny Terry Brownie McGhee, Ella Jenkins, and many others. He also issued traditional and folk music from around the globe and deviated from strict folk idioms for releases by important artists that worked outside of the form, such as the Fugs, jazz pianist Mary Lou Williams, and experimental composer John Cage.

Asch was well into his forties before he began to make his mark on the record business. Born in Warsaw in 1905, he came to New York as a boy, studied electronics as a young man in Germany, and settled in New York City in the mid-'20s, working as a radio technician. As an outgrowth of his radio business, he began to record radio programs, special projects needed for private and public events, and also music and speech that were issued on commercial recordings by record labels. The kind of musicians likely to employ an independent operator such as Asch were naturally doing the kind of niche, special-interest stuff, such as cantorial recordings for the Jewish community, that would not interest the big labels of the time (or, indeed, of most times in the history of the music industry). It also likely awakened him to the opportunities of making most or all of his living via catering to the needs of musicians whose music, and often ethnicity, would be deemed too authentic, folkloric, or uncommercial for the pop market.

Among those who had a hard time getting their music recorded were folk musicians, partly because their left-wing sympathies made them controversial. In 1941, Asch made the first of his recordings of a major folksinger, with Leadbelly. The Asch Recording Studios, which were up and running in the early '40s, were still focusing on Jewish music initially, and some such recordings came out on the Asch label. He began recording more folk and jazz, though, including Mary Lou Williams, Burl Ives, Sonny Terry, Woody Guthrie, Josh White, and Pete Seeger. Although Asch himself was not active in leftist politics or particularly aligned to them personally, by his mere willingness to record such musicians he became an important part of the folk (and, by extension, politically progressive) community. In the mid-'40s Asch founded the Disc label as another outlet for his increasingly valuable catalog, and in the late '40s, after a brush with bankruptcy, Asch started his most famous record company, Folkways.

Throughout the '50s and the '60s, and to a lesser extent until his death in 1986, Asch may have released more folk and ethnomusicological recordings than anyone else, accumulating a library of recordings that is among the most valuable of any label, ever. Asch was an irascible man, and some of the artists he recorded, and his business associates, remember that he could be cheap and irresponsible about paying money, as well as unpleasant to collaborate with on occasion. As a producer he was not too sophisticated, and the studio sessions he supervised and field recordings he released were usually plainly recorded to the point of being bare-bones (and were sometimes even subpar).

On the other hand, Asch either recorded for release, or arranged to release from other sources, hundreds of uncommercial albums that would have probably never found another outlet. In addition to his folk releases of important American artists such as Pete Seeger and bluegrass king Bill Monroe, there were esoteric field recordings from around the world, poetry by the likes of Langston Hughes, acclaimed children's records from Ella Jenkins, and even environmental recordings of frogs. Asch had entered folklore more as a businessman than as a creative enthusiast. But one would have to presume from the nature of his release schedule that he was at the very least sympathetic to more authentic folk and world music than what the major labels would issue, and interested to some degree in the music as well. Although he was not active in politics, to record artists who were officially or unofficially blacklisted in the McCarthy era for their beliefs, such as Pete Seeger, could be considered a de facto political act.

When the folk revival really picked up speed in the early '60s, Asch kept pace with new trends a bit by starting the Broadside label as an outlet for topical songs, often by younger singer/songwriters such as Phil Ochs and Bob Dylan (who appeared on a Broadside anthology under the pseudonym Blind Boy Grunt). However, labels such as Vanguard, Elektra, and even the major Columbia were better at tapping into the new market than Folkways was, with better production values and a sharper eye for emerging talent, even though the folk record market might not have been there if not for Asch's pioneering efforts. Asch rarely released rock (with the Fugs' first album as a notable exception), and the Folkways releases were viewed more and more as anachronisms as musical and social revolutions picked up steam later in the '60s. By the end of that decade he was recording drastically less new material, but he did continue to put out new releases, just as esoteric as they had always been.

In the last few years of his life, Asch's most notable asset was the huge catalog he had built up of his releases on Folkways and his other labels. As another indication of his dedication to folkloric music, he kept all of the thousands of Folkways releases in print, no matter how little demand there may have been for many of the items. Just before his death in 1986, he arranged to have the Folkways catalog sold to the Smithsonian, who began the lengthy process of issuing many Folkways albums and unreleased Folkways-associated material on CD, as well as continuing the Asch aesthetic with contemporary recordings on the Smithsonian Folkways label. ~ Richie Unterberger, Rovi 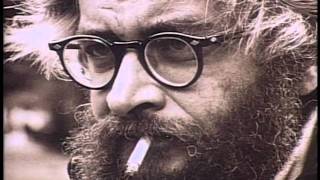 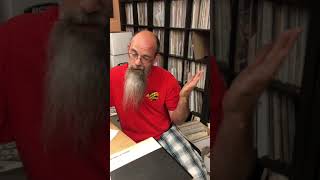 A little history on Folkways Records and Moses Asch 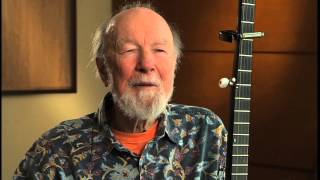 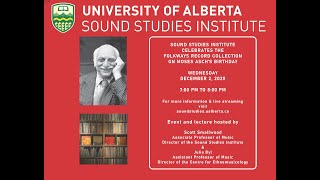 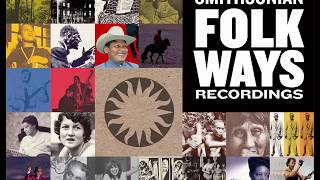 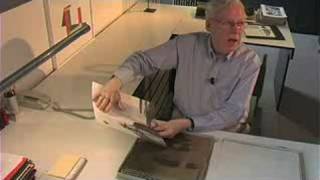 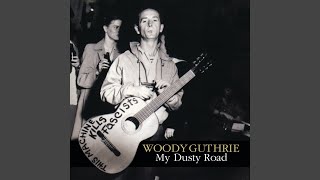 Bile Them Cabbage Down
Available here: