Close
Billie Eilish
from Los Angeles, CA
December 18, 2001 (age 20)
Biography
California-bred singer/songwriter Billie Eilish crafts genre-blurring outcast anthems that bridge the gap between ethereal indie electronic and dark alternative pop. With angsty, introspective lyrics that don't shy away from issues of mental health, she endeared herself to a devoted audience during her breakthrough years in the late 2010s when she was still just a teenager. On the heels of a sold-out headlining tour, she issued her chart-topping, Grammy-winning debut album, 2019's When We All Fall Asleep, Where Do We Go? In 2021, she returned to the top of the charts with her sophomore set, Happier Than Ever.

Born and raised in Los Angeles, Eilish grew up in a household of actors and musicians and was home-schooled along with her brother Finneas O'Connell (the Slightlys). At the age of eight, she joined the Los Angeles Children's Choir, developing the soulful vocals that would later appear on her early singles. After the release of the pop-leaning "Six Feet Under" and "Fingers Crossed," Eilish made her breakthrough with "Ocean Eyes," produced and co-written with her brother Finneas and released by Interscope. It surpassed 14 million online streams and spawned a number of remixes with Astronomyy, Blackbear, and Goldhouse. Eilish followed up in February 2017 with "Bellyache," then landed another track, "Bored," on the Netflix series 13 Reasons Why. An EP, don't smile at me, featuring the singles "Copycat" and "watch," followed later that summer.

In 2018, Eilish contributed a track to the second season of 13 Reasons Why, collaborating with Khalid on the hit single "Lovely," which charted globally. Later that year, she issued a pair of singles, "You Should See Me in a Crown" and "When the Party's Over," which both landed on her full-length debut, When We All Fall Asleep, Where Do We Go? Issued in March 2019, the breakthrough effort showcased her hybrid blend of pop, electronic, and hip-hop textures with a rock edge. Debuting at number one on the Billboard 200, the LP quickly became a worldwide smash and one of the most critically lauded efforts of 2019. Meanwhile, the pulsing single "Bad Guy" topped the Hot 100 and even got the remix treatment with Eilish's childhood idol, Justin Bieber.

While an international tour kept Eilish on the road into 2020, she released a stand-alone single, "Everything I Wanted" -- a bittersweet reflection on her meteoric rise to fame -- and became the youngest artist to be nominated in the four major Grammy categories (Record and Song of the Year for "Bad Guy," Album of the Year, and Best New Artist). At the award ceremony in 2020, she made history by sweeping those main fields, becoming the second person -- and first since 1981 -- to pull off such a feat. On the heels of her win, Eilish premiered "No Time to Die," her theme song to the 25th James Bond film of the same name.

Later that summer, Eilish released the R&B-washed "My Future," which became a Top Ten hit on the Hot 100. That August, her 2019 acoustic set Live at Third Man Records received wide release for Record Store Day, rising to number 55 on the Billboard 200 and topping the U.S. Vinyl Albums chart. The single "Therefore I Am" closed out the year, topping charts across the globe. Both tracks landed on her sophomore album, 2021's Happier Than Ever. Released in July, the set also featured "Your Power," an indictment of exploitation disguised as an acoustic ballad, and the trip-hop-inflected kiss-off "Lost Cause." With Finneas again handling production, the album unveiled a matured perspective for the artist and added fresh genres to her arsenal, from the aptly titled "Billie Bossa Nova" to the '90s alternative rock edge of the title track. Happier Than Ever went straight to number one in the U.S., U.K., and several other territories. ~ Neil Z. Yeung, Rovi 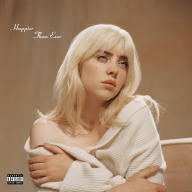 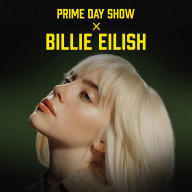 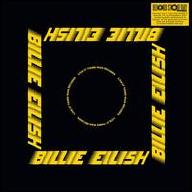 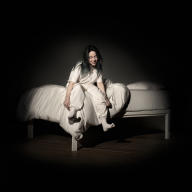 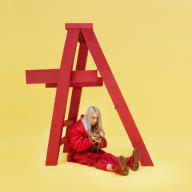 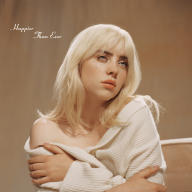 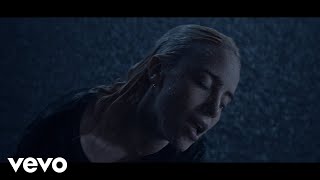 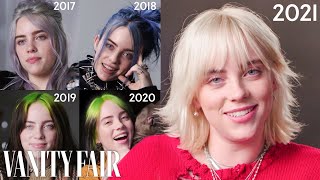 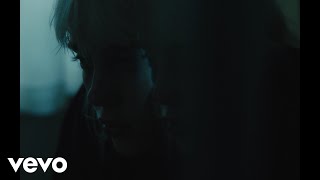 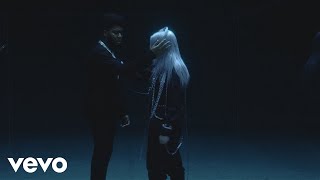 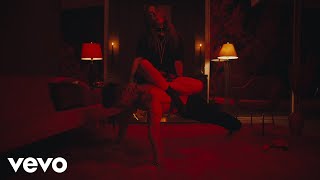 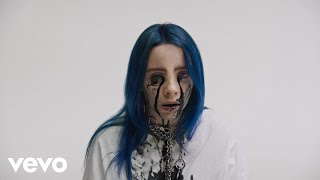 Billie Eilish - when the party's over 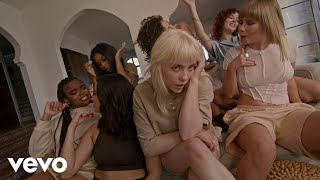