Close
Eddie Cochran
from Albert Lea, MN
October 3, 1938 - April 17, 1960 (age 21)
Biography
Eddie Cochran was one of the first great stars of rock & roll and an artist whose influence would far outstrip his brief career, which was cut short when he died in an auto accident in 1960. Cochran would often be cited as one of the pioneers of rockabilly, but his style was more muscular and less twangy than those of his peers, adding a bluesy accent to the music that meshed comfortably with his country-influenced melodies. Cochran was also an impressive guitar player and a songwriter young enough to understand the teenage mindset and its fascination with cars, girls, and good times, but he was also talented enough to bring his stories to life and marry them to energetic, catchy melodies. Songs like "Summertime Blues," "C'mon Everybody," "Somethin' Else," "Nervous Breakdown," and "Weekend" would live on in covers decades after Cochran passed, and his influence would be felt in artists as diverse as Bobby Fuller and the Sex Pistols. Cochran was also one of the first American rockers to tour the United Kingdom, where he would prove especially influential; when Paul McCartney first met John Lennon, the latter was impressed that the former could not only play Cochran's "Twenty Flight Rock," but knew the lyrics by heart.

Eddie Cochran was born on October 3, 1938 in Albert Lea, Minnesota. His parents were originally from Oklahoma, and his earliest influences were in country music. Cochran was a schoolboy when he began playing the drums, and he soon moved on to teach himself guitar and piano. In 1950, the Cochran family left the Midwest for Bell Gardens, California, and Eddie formed his first band while he was in junior high, playing hillbilly songs with his friends. After a year of high school, Cochran dropped out to become a professional musician, and in 1954 he began working with fellow country musician Hank Cochran; while the two were not related, they played out as the Cochran Brothers. The Cochran Brothers released their first single, "Mr. Fiddle" b/w "Two Blue Singin' Stars," in 1955, and the duo was modestly successful. But as rock & roll began entering public consciousness, Eddie fell under the spell of Chuck Berry, Little Richard, Carl Perkins, and other early rock heroes. Though he would continue to write songs with Hank Cochran, Eddie struck out on his own and cut his first solo single, "Skinny Jim" b/w "Half Loved," in 1956. Between his casual good looks, impressive skills as a guitarist, and energetic vocal style, Cochran seemed an ideal choice to be a rock & roll star, and that same year he landed a role in the first great rock movie, The Girl Can't Help It, which also featured Fats Domino, Gene Vincent, Little Richard, and Jayne Mansfield. But his first chart success, 1957's "Sittin' in the Balcony" b/w "Dark Lonely Street," was more of a pop number, relatively polite, and while "Mean When I'm Mad" and "Twenty Flight Rock," released later the same year (the latter featured in The Girl Can't Help It), were in line with what would become his trademark sound, neither made the singles charts in America. Eddie's first album, Singin' to My Baby, was issued before 1957 was out, and he made a second film appearance that same year, playing a small role in the teen exploitation flick Untamed Youth, where he sang the song "Cotton Picker."

Eddie Cochran made a major breakthrough and scored his biggest hit in August 1958 with "Summertime Blues" (co-written by Cochran with Jerry Capehart, his manager), an upbeat but relatable litany of teenage gripes against the adult world. It gave Cochran his first Top Ten single, rising to number eight on the sales charts, and "C'mon Everybody," a celebration of the rock & roll house party, followed it into the Top 40 in January 1959. As Cochran became more accustomed to the recording studio, he began to experiment with overdubbing multiple guitar parts in the manner of Les Paul, and he helped out friends in the studio, playing lead guitar on sessions for honky tonk hero Skeets McDonald and adding backing vocals on the album A Gene Vincent Record Date. After the infamous February 1959 plane crash that claimed the lives of Buddy Holly, Ritchie Valens, and the Big Bopper, which Cochran would memorialize in the song "Three Stars," Cochran became wary of extensive touring and wanted to devote more time to writing and recording. But a dip in his record sales made him reconsider for financial reasons, and as his star was rising in Great Britain, where he'd scored a handful of hit singles, he booked a tour of the United Kingdom in tandem with Gene Vincent for early 1960. The tour was a major financial success and made both stars the talk of Great Britain. However, the adventure came to a tragic end on April 17, 1960. After their concert at the Bristol Hippodrome, Cochran and Vincent hired a cab to drive them to London, where they would fly back to America. En route, the car blew a tire, sending the vehicle out of control. It smashed into a concrete post, and Cochran was killed, while Vincent and Sharon Sheeley (Cochran's steady girlfriend, a songwriter who helped pen the song "Somethin' Else" for Eddie) suffered moderate injuries.

In the wake of Cochran's death, the single "Three Steps to Heaven" went to number one on the U.K. charts and, while his passing was certainly noted by American rock fans, his posthumous career had a higher profile in Great Britain, where his death at the end of his successful tour was major news. "Summertime Blues" in particular proved to have a long life, rebounding into the U.K. charts in 1966, 1968, and 1975, and covered by Blue Cheer, the Who, the Flying Lizards, and Alan Jackson, among many others. Cochran would appear as a character in the films The Buddy Holly Story and La Bamba; in the latter film, Cochran was played by Brian Setzer of the Stray Cats, who often cited him as a major influence. ~ Mark Deming, Rovi 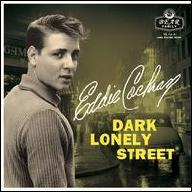 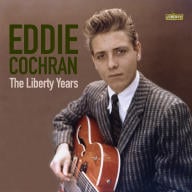 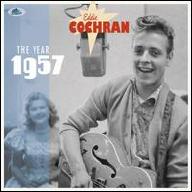 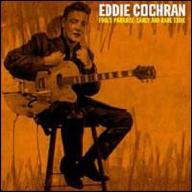 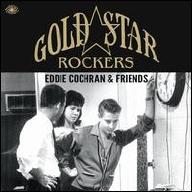 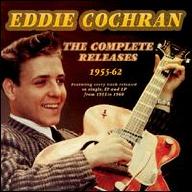 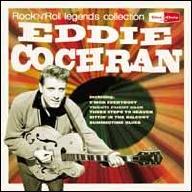 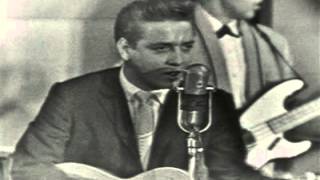 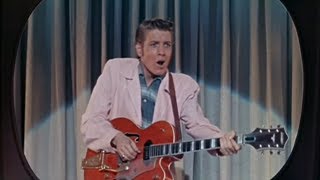 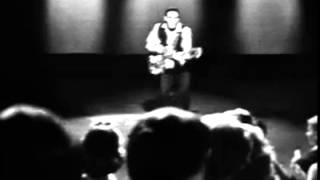 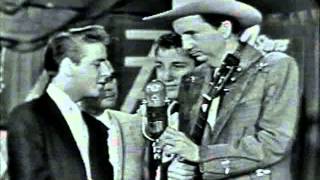 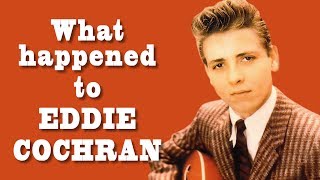 What happened to Eddie Cochran? 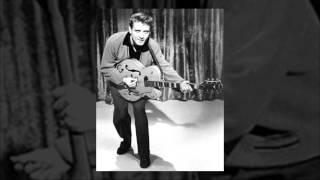