Close
The Jazz Butcher
from Oxford, England
formed January 1, 1982 (age 39)
Biography
The Jazz Butcher was the vehicle of prolific singer/songwriter Pat Fish, an archetypal British eccentric whose sharp observational wit and melodic gifts navigated the group through constant lineup shifts, stylistic mutations that included jangle pop, jazz, punk, cabaret, sophisti-pop, and oddball novelties, and a series of name changes. No matter the players involved, the style of music on offer, or the name under which it was made, the songs Fish wrote and recorded were alternately hilarious and heartbreaking, maddeningly tricky, and joyfully simple at once. Stretching from the group's 1982 home-cooked debut In Bath of Bacon through the big pop sound of 1989's Big Planet Scarey Planet to latter albums like 2000's Rotten Soul, which showed that Fish's talents never waned, the Jazz Butcher's collected works make a strong case for his inclusion in the pantheon of great British musical eccentrics.

Fish was born Patrick Huntrods in London in 1957, and raised primarily in Northampton. He first began performing while studying philosophy at Oxford in the late '70s, fronting the short-lived Nightshift; a subsequent band dubbed the Institution later joined forces with their rivals, the Sonic Tonix, establishing the nucleus of players who later formed the core of the Jazz Butcher sphere. Fish first concocted his Butcher persona in 1982, quickly enlisting his Oxford mates to join him in a band of the same name; even from the outset, the group's roster changed seemingly on a daily basis, although Fish found an early mainstay in guitarist Max Eider. The Jazz Butcher's eclectic 1982 debut In Bath of Bacon -- including early skewed pop gems such as "Love Zombie" and "Sex Engine Thing" -- was essentially a Fish solo record, but by 1984's folky A Scandal in Bohemia, the roster had stabilized to include ex-Bauhaus bassist David J. Following The Gift of Music, a 1984 compilation of single sides, the Jazz Butcher resurfaced the following year with Sex and Travel, a marvelously odd set ranging in sound from punk ("Red Pets") to cabaret ("Holiday").

After David J left the band to join Love and Rockets, the remaining quartet -- Fish, Eider, bassist Felix Ray, and drummer O.P. Jones -- rechristened themselves the Jazz Butcher His Sikkorskis from Hell and recorded the 1985 live set Hamburg, followed the next year by an EP, Hard. Leaving the rhythm section behind, Fish and Eider then recorded 1986's Conspiracy EP, credited to the "Jazz Butcher vs. Max Eider" and foreshadowing the subsequent shift to the Jazz Butcher Conspiracy aegis for Distressed Gentlefolk. Eider soon exited to mount a solo career, leaving Fish to team with guitarist Kizzy O'Callaghan for 1988's Fishcotheque, their first release for the Creation label.

By the time of 1989's Big Planet Scarey Planet, the lineup also included the superb bassist Laurence O'Keefe, saxophonist Alex Green, and drummer Paul Mulreany. 1990's Cult of the Basement was recorded with the same roster, but the usual disruptions soon left Fish essentially to his own devices for 1991's Condition Blue and 1993's Waiting for the Love Bus. Upon reuniting with David J, who produced 1995's low-key Illuminate, Fish decided to lay the Jazz Butcher name to rest, and played a farewell performance in London at the end of the year. He subsequently signed on to play drums with the Stranger Tractors, but in 1999 reunited with Eider for a Jazz Butcher Conspiracy tour of the U.S. The live Glorious Idiotic appeared the following year, and Rotten Soul was issued in fall 2000.

While Fish was no longer releasing new material, he continued to play live shows occasionally, and in 2012 he decided to return to the recording studio. He financed a new project through a crowdfunding campaign that met its goal in less than a day, and in October 2012 he self-released an album of new Jazz Butcher material, Last of the Gentleman Adventurers. In late 2015, Fish struck a deal with Fire Records for an extensive series of Jazz Butcher reissues; the first title in the series was a new edition of Last of the Gentleman Adventurers, which arrived in early 2016. A box set containing the Jazz Butcher's first four albums on Glass Records (In Bath of Bacon, A Scandal in Bohemia, Sex and Travel, Distressed Gentlefolk) titled The Wasted Years was issued in late 2017. Early the next year, Fire released The Violent Years, which gathered up the band's first four albums released by Creation Records between 1988 and 1991 (Fishcotheque, Big Planet Scarey Planet, Cult of the Basement, and Condition Blue). The next installment, 2021's Dr Cholmondley Repents: A-Sides, B-Sides and Seasides collected singles and stray tracks released between 1983 and 1994, along with a previously unreleased radio session from 1989. Sadly, Fish passed away a month before the reissue's November release. ~ Jason Ankeny, Rovi

Dr Cholmondley Repents: A [Sides, B Sides and Seasides]
2021 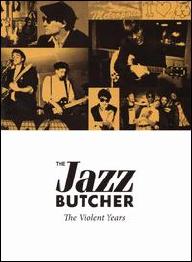 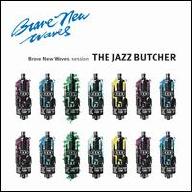 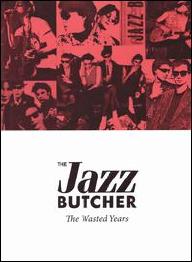 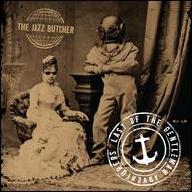 Last of the Gentleman Adventurers
2012 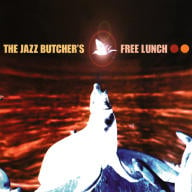 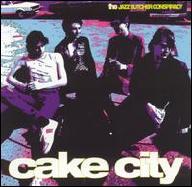 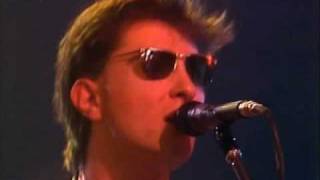 The Jazz Butcher - The Human Jungle 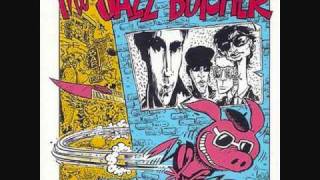 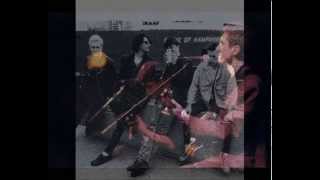 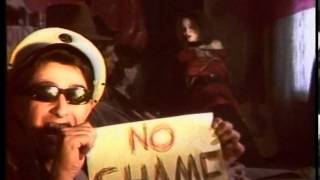 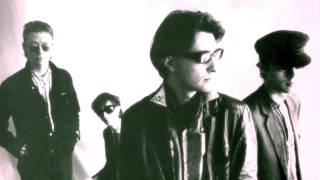 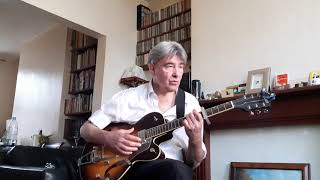