Close
Wynona Carr
from Cleveland, OH
August 23, 1924 - May 12, 1976 (age 51)
Biography
Though largely unrecognized during her own lifetime, singer and composer Sister Wynona Carr was among the truly pioneering artists of gospel's golden era; while her music -- sophisticated and sensual, distinguished by lyrics of rare metaphorical depth and a progressive sound drawing heavily on jazz and blues -- was simply too radical for contemporary listeners, in hindsight she stands as one of the great innovators of her day. Born in Cleveland, OH, on August 23, 1924, Carr began learning piano at the age of eight; at 13, she entered the Cleveland Music College to study voice, harmony, and arranging, and a short time later began performing in Baptist churches across the region. In 1944, she relocated to Detroit to direct a local choir, and in the months to follow also formed her own group, the Carr Singers, to tour the Midwest and the South.

While touring with the Wilson Jubilee Singers, an offshoot of Cleveland's renowned Wings Over Jordan Choir, Carr caught the attention of the Pilgrim Travelers' J.W. Alexander, who was so impressed by her talents that he funded her first demo recording and sent it to Specialty Records founder Art Rupe. The label quickly snapped her up, and in early 1949 Carr traveled to Los Angeles to record her first session, backed by a jump combo helmed by ace session pianist Austin McCoy. Her debut 78, pairing the swinging Each Day with the torch-like ballad Lord Jesus, served as an immediate indication of her versatility; produced in the vein of Sister Rosetta Tharpe's recordings of the era, Rupe sought to further emphasize the comparisons between the two vocalists by appending "Sister" to Carr's name, a ploy which reportedly made her bristle.

Carr's next studio date followed in Philadelphia later in 1949; a revolutionary session, it yielded I'm a Pilgrim Traveler, a reworking of the blues standard St. James Infirmary, as well as I Heard the News (Jesus Is Coming Again), which updated the 1948 Roy Brown and Wynonie Harris hit Good Rockin' Tonight. Other material, like the Carr original Our Father, suggested a strong jazz influence; however, while all of the tracks recorded during the session promised to push the singer into new stylistic directions, Rupe apparently felt the songs were all too daring, and none of them were released. Carr's next return to the studio, in 1950, was far more traditional, and included a new rendition of Our Father, recorded as a duet with Brother Joe May; it too went unreleased, although the song was later covered as a May solo side as well as in a version by the Five Blind Boys of Mississippi.

Despite all of the frustration and setbacks, Carr forged on; she toured relentlessly, but did not go back into the studio until mid-1952. With The Ball Game, a vividly metaphorical tale of a showdown between Jesus and Satan, she finally scored a major gospel hit, yet her career continued to flounder; another two years passed prior to her next Specialty session, recorded in Detroit (where she was serving as choir director at the New Bethel Baptist Church under Rev. C.L. Franklin). Although she recorded rarely, Carr nevertheless remained a highly prolific songwriter, composing poetic, topical material often inspired by headlines of the day; she cut dozens of demos for Specialty, and ironically enough earned more money from sales of her sheet music than from her actual recordings.

After successfully touring white nightclubs in 1954 with Sister Rosetta Tharpe and Marie Knight, Carr finally broke her ties with gospel to pursue a career singing RB; in 1957, she scored with the hit ballad Should I Ever Love Again, but again fate was against her; at the same time the record was rising on the chart, she was stricken with tuberculosis, and spent the next two years on the sidelines, convalescing at her parents' home. A number of booking agencies sought Carr out, but she was simply too ill to perform; her career never recovered from the loss of momentum, and after leaving Specialty in 1959 she briefly signed to Reprise before spending the remainder of the 1960s performing on the Cleveland supper-club circuit. As the 1970s dawned, Carr went into seclusion; her health continued to decline, and she died on May 12, 1976. ~ Jason Ankeny, Rovi 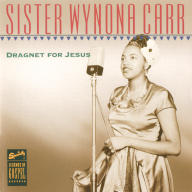 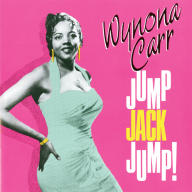 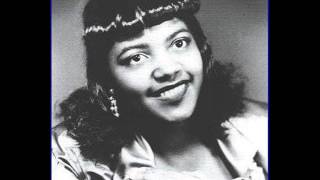 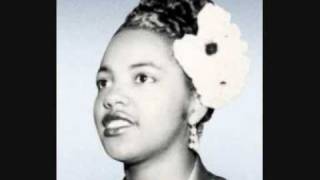 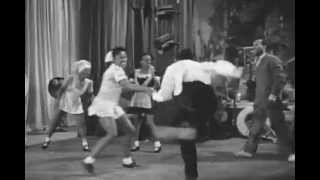 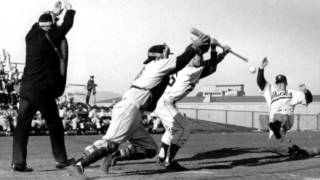 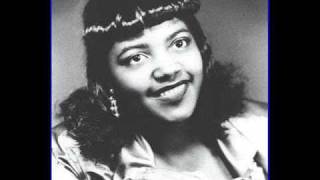 Wynona Carr - Down By The Riverside 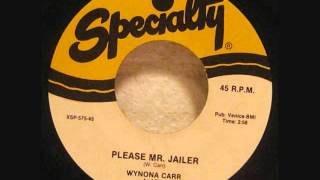 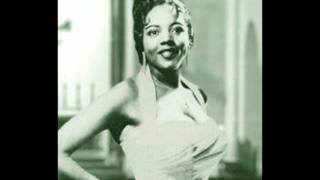 Wynona Carr - Should I Ever Love Again
Available here: