Close
Steve Hunter
from Decatur, IL
January 1, 1948 (age 72)
Biography
Steve The Deacon Hunter was born in 1948 in Decatur, Illinois, starting his professional career as a member of Mitch Ryder's Detroit in 1971, his guitar sound redesigning the Lou Reed classic "Rock & Roll," creating a cult hit and giving Ryder an underground cachet that the '60s blue-eyed soul singer would utilize decades after the group's self-titled Paramount album Detroit was released. One of Hunter's earliest musical recollections was sitting on his dad's lap while his father worked the pedals on a pump organ owned by young Steve's grandparents, playing the keyboard and working out melodies the lad had heard. This was before he went to kindergarten. Even at a young age he could tell if tempos were off or if people were singing off-key. For Hunter, music was always there, always a part of him -- a big old Zenith console radio/turntable would keep the future guitarist transfixed, the patterns on the labels he calls "sort of the first music video."

At the age of 12 he discovered artists who began shaping his understanding and appreciation for the guitar. The Ventures and Chet Atkins had a huge influence on him, as did Duane Eddy, those influences changing as he got more into the instrument and performers like Jimi Hendrix, Jeff Beck, Jimmy Page, and Eric Clapton started making their appearances on the world stage. He learned several Ventures tunes as well as Duane Eddy's work, but it was the versatility of Chet Atkins and his distinctive style that amazed Hunter. "That became a very important thing to me. Also, I loved his touch on the guitar. The notes coming out of the guitar always sounded like velvet. I think he was the consummate musician." Hunter's first band to play in front of an audience was his high-school group the Weejuns, the name coming from a loafer type of shoe. From there it was to a rock and soul group in Decatur called the Light Brigade, the Hammond B-3 player being Ron Stockert, eventually of the Grammy-winning band Rufus Chaka Khan. One of Hunter's favorite early groups, the Light Brigade, played quite a few five-set-a-night gigs -- a great learning experience for him. He started taking lap steel guitar lessons when he was eight and got into "regular" guitar at 12 or so. The lap steel training went on for about five years, though he picked up the rest of his guitar knowledge all on his own. Hunter listened and learned from a lot of records, including blues albums from artists like B.B. King, Albert King, and Michael Bloomfield.

Eventual Ted Nugent bassist John Sauter, a friend of Hunter's, was playing with Mitch Ryder while Hunter was on the road with the Light Brigade. The group Detroit was looking for a guitar player and Sauter thought Hunter should come up to the city for the audition. Grabbing his guitar, he drove the seven hours to Detroit from Decatur. The rehearsal was in an old abandoned and condemned building in downtown Detroit on Cass Avenue, perhaps the old offices of Creem magazine, as publisher Barry Cramer was the group's original manager. When Hunter walked into the rehearsal room a Marshall half-stack awaited him -- and this was the first time he had ever seen one. The group jammed on Cream tunes, and Hunter of course got the gig, while concluding that the other players were awesome. As key as this epiphany was, another component that would figure into his huge success was meeting producer extraordinaire Bob Ezrin. Hunter and Ezrin took an immediate liking to one another, Hunter appreciating the way Ezrin put music together. The Detroit with Mitch Ryder band toured, their April 1, 1972, "Get Out the Vote" political performance on a bill with the Spencer Davis Group remaining an important moment in their history. By this time, activist John Sinclair had taken over management of the group from Cramer, Sinclair's eight-page liner notes for the CD Get Out the Vote: Live at the Hill Auditorium April 1, 1972 provided much insight.

By the summer of 1972, the Detroit band dissolved, though by the next year Hunter and Ezrin would be at work on a masterpiece by Lou Reed, the Berlin album. On September 1, 1973, Hunter appeared on-stage with Dick Wagner, in the first show of the tour that would promote the Berlin disc and culminate in the release of the Rock n Roll Animal album. As David Bowie and Mott the Hoople would open their concerts with mood music, the Steve Hunter/Dick Wagner dynamic guitar duo took it a step further. Check out "Eldorado Street" on Hunter's 1977 album, Swept Away, to see if you hear passages from "Intro," the sound that launched thousands of guitarists into a new way of conducting business. Hunter says it wasn't a conscious effort to infuse the previous "Intro" into "Eldorado Street," but it is good to have a point of reference to see how an artist's craft was evolving. Each night of the tour, the show would open with that Hunter instrumental, "Intro," morphing slightly from show to show. Even John Cougar Mellencamp got into the act, nicking the riffs from Hunter's "Intro" and Reed's "Sweet Jane" for his "I Need a Lover" on 1978's A Biography LP.

Where Mick Ronson and Mick Ralphs were supplemented by their respective frontmen's acoustic guitars in Bowie and Mott the Hoople, respectively, Reed now had a two-pronged guitar assault as credible as Keith Richards and Mick Taylor from the golden era of the Rolling Stones. As they were reissuing compositions by the Velvet Underground, music that had already influenced major artists from Roxy Music to Bowie, Mott, and even the Stones (just listen to the grunge version of "Gimme Shelter" on the album Live'r Than You'll Ever Be to see Reed's influence on Keith Richards), this redesigning of a major catalog would have profound ramifications behind the scenes in the music world. It would have even more of an impact on artists like John Cougar, Pat Benatar by way of Cougar, and most notably, Alice Cooper. Had Steve Hunter and Dick Wagner remained with Lou Reed for the rest of that artist's first stint with RCA Records, how would Sally Can't Dance and Coney Island Baby have sounded?

As Bob Ezrin returned to his work with Alice Cooper for the Welcome to My Nightmare album and tour, Lou Reed fans followed and watched their guitar heroes put their magical sound into Cooper's work. Hunter toured with Alice every year over the next four tours (1975-1978), moving on to the 1979 Bette Midler hit film The Rose and tours with Peter Gabriel, Meat Loaf, the Night of the Guitar 1988-1989 European world tour, Tracy Chapman (1996-2000), and lots more in between. A touch of ennui and musical introspection in the '80s was overcome when Hunter found the man who wrote Chord Chemistry, the late Ted Greene. Hunter felt Greene was "a complete genius as a teacher and player"; Hunter felt he was the most knowledgeable musician and guitarist he has ever met in his entire life, an innovator who Hunter considers an important influence in his career.

Hunter released two solo albums, Swept Away in 1977 and The Deacon in 1987, and has played on recordings by David Lee Roth, Yvonne Elliman, Leslie West, Jack Bruce, and many others. He reunited with Wagner for some shows in Saginaw, Michigan, in the new millennium, while earlier '70s tracks that members of the Rock n Roll Animal band recorded with Buzzy Linhart were finally released on that artist's 2006 CD, Studio. Bringing things full circle, Hunter appeared in Lou Reed and Bob Ezrin's stage production of the Berlin album with performances at New York's Arts at St. Ann's in December 2006 and dates in Sydney, Australia, in January 2007.

Following this production, Hunter became quite active. Over the next few years, he played with both Lou Reed and Alice Cooper, and appeared on Glen Campbell's 2011 album Ghost on the Canvas. In 2008, he released two albums: Hymns for Guitar and Short Stories. He concentrated on the blues on 2013's The Manhattan Blues Project, which had cameos from Joe Perry, Joe Satriani, Johnny Depp, and Marty Friedman. A concert album, Tone Poems Live, appeared in 2014, followed by the studio set Before the Lights Go Out in 2017. ~ Joe Viglione, Rovi 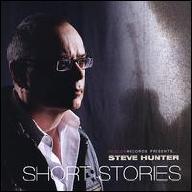 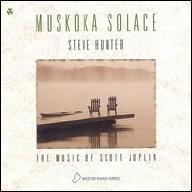 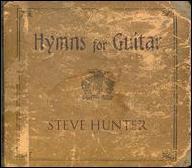 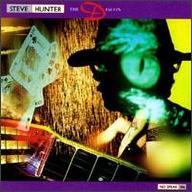 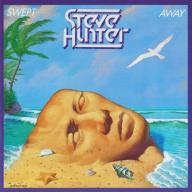 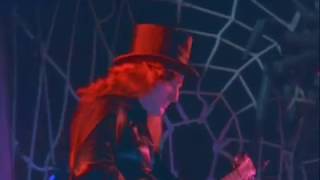 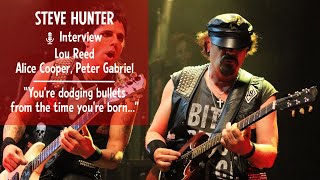 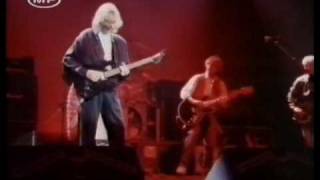 The Night of the Guitars - Steve Hunter - "The Idler" 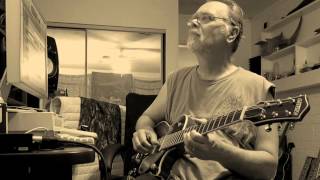 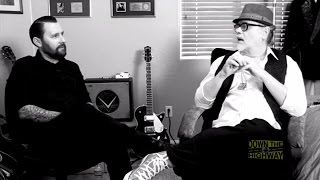 Down The Highway STEVE HUNTER interview 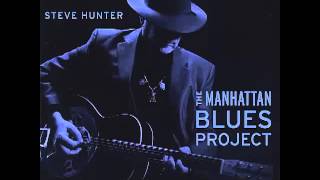 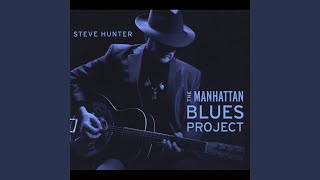