Close
Elaine di Falco
Biography
American singer, composer, and multi-instrumentalist Elaine di Falco has spent much of her music-making career in the Pacific Northwest and Rocky Mountain West, but many of her collaborations have involved musicians residing in Britain, Switzerland, or Italy. Di Falco got her start playing with Phoenix, Arizona punk bands during the 1980s, including the infamous Mighty Sphincter, aka Almighty Sphincter when she was a member. She was also a member of the God Wads, who moved from Phoenix to Portland, Oregon in 1990, where di Falco met bassist Fred Chalenor (whom she later married) and drummer Henry Franzoni. The following year she appeared for the first time as a member of Caveman Shoestore, playing on two tracks out of ten on the group's self-released cassette entitled Rock.

The band's first full-length CD as a trio (di Falco on keyboards and vocals, Chalenor on basses, and Franzoni on drums), Master Cylinder, was released by Tim/Kerr Records in 1993, and has since been described by album producer Alessandro Monti as influenced by everything from Conlon Nancarrow to Black Sabbath and from grunge to prog rock. Monti also had high praise for di Falco's vocals -- noting that she sang wonderfully despite having a cold while the recording was underway. In 1994 the second Caveman Shoestore album on the Tim/Kerr label, entitled Flux, was released; the album found the band expanded to a quartet including Amy DeVargas on vocals, second bass, and cello -- indeed, DeVargas was a somewhat more prominent vocal presence than di Falco, and wrote or co-wrote five album tracks. The album had a more diverse sound overall than Master Cylinder and placed considerable emphasis on Chalenor/DeVargas interlocking bass parts, with di Falco's keyboard work often emphasizing the Hammond organ, although her synth and piano were featured as well. Flux also displayed di Falco's talents as a cover artist, her rather primitivist outsider collage overflowing with absurd, surreal, and cartoonish characters and images.

Her first international collaboration was soon to arrive thanks to Chalenor's use of fuzz bass, documented in an Italian fanzine that drew the attention of Hugh Hopper -- Soft Machine's much-loved fuzz bass king who passed away in June 2009 -- who contacted Chalenor and before long the two bassists were vowing to work together. In March of 1995 they did, with Hopper joining the group at Portland's Sound Impressions studio to record Caveman Hughscore -- with "Shoestore" changed to "Hughscore" in the band name to reflect Hopper's presence not only as bassist but also as composer of the material. Multi-layered, polyrhythmic, and quirky yet tuneful, the album stands as a strong outing for all concerned, certainly a feast for "fuzzaholics" and lovers of Hopper-esque angular basslines and twisted ostinatos overlaid by rippling keyboards played by di Falco in what could be heard as an extension of Canterbury stylings -- not to mention her vocals, both solo and in multi-tracked harmony, and on one occasion talking in one channel while Franzoni talks in the other. Of particular note is di Falco's singing, backed by Hopper and Chalenor's double-speed basses, on "Dedicated to You, But You Weren't Listening," originally sung by Robert Wyatt on Soft Machine's Volume Two. "This project was a BLAST!" di Falco exclaimed in the liner notes, adding, "I made two new friends: Hugh and the accordion."

By spring of the following year some changes had been made when the group reconvened, this time in Seattle (which would become di Falco and Chalenor's new hometown) at Flora Avenue Studio: "Caveman" was completely gone from the band name, and the core group was considered to be Hopper, Chalenor, and diFalco, with guests Will Dowd on drums, Jen Harrison on French horn, and Craig Flory on reeds. Wayne Horvitz was the producer of the session, which saw release as Highspotparadox by Hughscore, again on the Tim/Kerr label, in 1997. Another strong outing, the album at times has a jazzier and more spacious vibe than the preceding disc, due in part to Horvitz's production sensibilities and Dowd's comparatively light drumming style, not to mention the tenor sax, clarinet, and bass clarinet contributions of Flory. Di Falco's electric keyboards prominently set the tone, her accordion is alternately precise and freewheeling, and her vocals -- whether she is singing lyrics or wordlessly -- reveal perhaps her most subtle and spacy side yet, while retaining all of her strengths of tone, phrasing, and intonation.

The most ambitious Hughscore CD, however, would arrive with Delta Flora, released by Cuneiform in 1999. (It is also, unlike the Tim/Kerr label releases that have gone out of print, readily available, with a reprinting by Cuneiform in early 2009.) Between September 1997 and September 1998, basic tracks were recorded at Flora Avenue Studio in Seattle and then Hopper and di Falco completed recording at Delta Studio in Chartham, Canterbury, England (hence the title Delta Flora). The quartet of Hopper, di Falco, Chalenor, and drummer/engineer Tucker Martine was supplemented by six guest musicians this time around, including a returning Craig Flory as well as Softs saxophonist Elton Dean, trumpeter Dave Carter, trombonist Robert Jarvis, pedal steel player Jon Hyde, and flutist Chrystelle Blanc-Lanaute. Instrumental tracks include a version of "Facelift" from Soft Machine's Third and arguably the definitive version of "Was a Friend" (also heard on Robert Wyatt's Shleep and Hopper's own Parabolic Versions), with di Falco's measured vocal delivery perfectly suited to the track's extended unsettling atmospheric undercurrents.

Although di Falco and Chalenor split up and di Falco moved to California, the Caveman Shoestore/Hughscore adventure continued into the new millennium with a new Caveman Shoestore release, Super Sale, on the Build-a-Buzz Records label in 2005. The band was back to its original trio lineup of di Falco, Chalenor, and Franzoni, who surmounted the logistics of living in three separate locations (with Chalenor in Seattle and Franzoni in Portland) to deliver yet another strong release, including di Falco's multi-layered vocal overdubs and her by now typically wide array of keyboards (Fender Rhodes, Wurlitzer, Hammond B-3, and more), all in the context of concise avant pop offerings generally within the two- to three-minute range.

Di Falco would next move inland from the West Coast to the Boulder, Colorado area, where she would begin collaborating with Hamster Theatre mastermind and Thinking Plague bassist Dave Willey. Entering the orbit of an inimitable community of Rocky Mountain avant-proggers, di Falco replaced vocalist Deborah Perry during Thinking Plague's spring 2008 European mini-tour of France, Germany, Italy, Switzerland, and Portugal. While on the tour in Geneva, Switzerland, Willey and di Falco got in touch (at the suggestion of Tel Aviv-based avant-prog mixmaster supreme Udi Koomran) with the like-minded Cédric Vuille, a Swiss multi-instrumentalist with a decades-long involvement in the amiable Rock in Opposition-influenced L'Ensemble Rayé. Willey, di Falco, and Vuille agreed to collaborate in a transatlantic trio featuring di Falco on piano, vocals, accordion, and vibraphone; Willey on accordion, bass, guitar, and percussion; and Vuille on various instruments including ukulele, guitar, cuatro, clarinets, and theremin. Back in the States, di Falco and Willey began laying down tracks in Colorado, while Vuille recorded his contributions in Switzerland. Under the moniker 3 Mice, the trio issued its debut CD, Send Me a Postcard (mixed and mastered by Koomran), in November 2011 on L'Ensemble Rayé's Les Disques Rayés label.

Meanwhile, di Falco had begun setting sights on building her skills as a composer, and moved at least temporarily back to Oregon to attend Western Oregon University through a music composition scholarship. In the late 2000s and into the 21st century she continued making notable contributions to a variety of recordings, however, rather than vanish even momentarily into the world of academia. More than a member of 3 Mice and Thinking Plague during this period, di Falco was the featured singer on two Zond label releases by transatlantic "brutal prog" outfit Combat Astronomy (led by Minnesotan James Huggett and also featuring Brit avant-garde reedman Martin Archer), 2008's Dreams No Longer Hesitate and 2010's Earth Divided by Zero. Di Falco also sings on three tracks of Italian guitarist Luciano Margorani's Pseudocanzoni (on which Chris Cutler plays drums), released in 2008 on the BoZo imprint and, maintaining the Italian connection, her vocals are featured on selected tracks on Iridule, the 2010 AltrOck label release by the sizable avant-prog and contemporary classical-informed ensemble Yugen (Iridule also includes appearances by Willey and Thinking Plague/Hamster Theatre guitarist Mike Johnson).

Di Falco also sings and plays piano on Immeasurable Currents, the 2011 AltrOck album by "Dave Willey & Friends," and her newfound (or at least newly displayed) classically informed writing chops can be heard on this disc in a chamber music arrangement that emerges during her composition entitled "Winter." And not long after the release of Immeasurable Currents, a new album by Thinking Plague, Decline and Fall, was released by Cuneiform in January 2012, prominently featuring di Falco as the group's singer on a set of apocalyptic avant-prog. In fall of the following year she was back on AltrOck, contributing vocals to Empty Days, an album mixing poetic art rock songs with dark ambient explorations and including a number of Yugen members in the project's lineup. Several years later di Falco moved to Denton, Texas to pursue graduate studies at the University of North Texas College of Music. She continued her connection with the Colorado avant rock scene, however, appearing on 2017's Hoping Against Hope, the seventh album by Thinking Plague. ~ Dave Lynch, Rovi 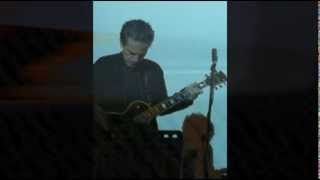 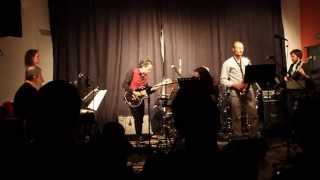 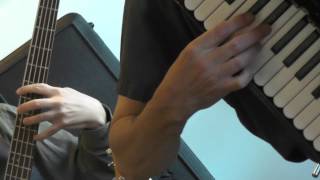 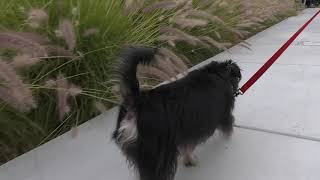 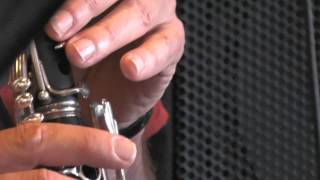 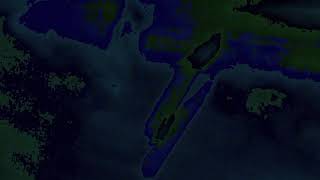 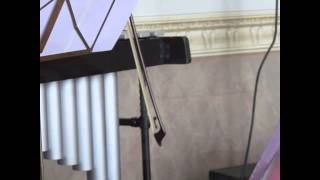