Close
Terumasa Hino
from Tokyo, Japan
October 25, 1942 (age 78)
Biography
One of the most acclaimed Japanese jazz musicians of his generation, trumpeter Terumasa Hino is a dynamic performer, known for his huge, powerful tone, and expressive post-bop style. Emerging in the '60s as a forward-thinking improvisor, Hino drew well-earned comparisons to such contemporaries as Freddie Hubbard and Woody Shaw. He rose quickly as an international star, releasing a steady stream of fusion-influenced albums throughout the '70s and '80s. Along with his commercial success, he continued to grow creatively, displaying his abiding love of the jazz tradition with a broad mix of acoustic and electric jazz, originals, and standards.

Born in Tokyo in 1942, Hino grew up in a musical family with a father who was a tap dancer and trumpeter. From a young age, he followed in his father's footsteps, tap dancing at age four and picking up the trumpet at age nine. By his teens he was learning the jazz vocabulary, transcribing solos by Miles Davis, Clifford Brown, Freddie Hubbard, Lee Morgan, and others. He started his professional career in 1955, performing first in American military clubs, and later, joining Hideo Shiraki's quintet. From 1965 to 1969, he played with Shiraki, during which time he also began leading his own group. He made his solo debut in 1967 with the album Alone, Alone and Alone. A year later, he released the hard bop effort Hino-Kikuchi Quintet with fellow rising jazz star pianist Masabumi Kikuchi.

In 1969, following the release of his sophomore solo album, the highly regarded Hi-Nology, Hino left Shiraki to focus on his own career. More modal and fusion albums followed including 1970's Into the Heaven, 1971's Vibrations, and 1974's Journey Into My Mind. Atmospheric, funky, and tinged with free jazz and the avant-garde, the albums proved highly successful for Hino, who drew attention from both Japanese and American audiences. By the mid-'70s he had settled in New York and was a visible presence on the international jazz scene, playing numerous festivals, and working with such luminaries as Joachim Kühn, Gil Evans, Jackie McLean, Hal Galper, and Sam Jones.

His success continued with albums like 1979's R&B-inflected City Connection, which featured contributions from Randy Brecker, Nana Vasconcelos, and David Liebman. More well-received efforts followed like 1981's Double Rainbow, featuring Eddie Gomez, Airto Moreira, Harvey Mason, Jr., George Mraz, and more. Along with his own albums, during the '80s, Hino continued to branch out, recording albums with Liebman, Bob Moses, Elvin Jones, Alphonse Mouzon, and others. While many of Hino's albums during this period proved highly-commercial, he continued to play a mix of adventurous post-bop, and fusion.

During the late '80s and '90s, Hino began spending more time in Japan where he was a jazz icon. He also adopted cornet as one of his primary instruments and, in-part responding to the influence of the neo-bop movement, began exploring a more acoustic-based sound. His albums like 1990's Bluestruck, 1993's Unforgettable, and 1998's Round Midnight with the Manhattan Jazz Quintet, showcased this return to acoustic hard bop jazz. Also during the '90s, he toured Europe with Eddie Harris, and reunited with Kikuchi for a vibrant 1996 session, Acoustic Boogie, featuring alto saxophonist Greg Osby.

Since the turn of the century, Hino has stayed active, touring regularly and continuing to record. He has released a string of albums for Sony including 2002's Transfusion, 2006's Dragon, and 2007's Crimson. Along with his continued interest in acoustic jazz, Hino remains an adventurous artist and in 2011, collaborated on the hip-hop jazz album Aftershock with DJ Honda. ~ Matt Collar, Rovi 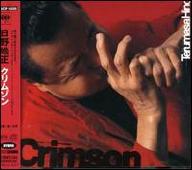 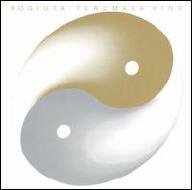 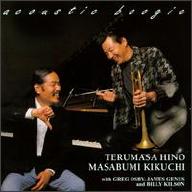 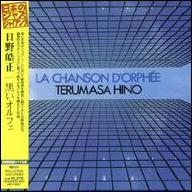 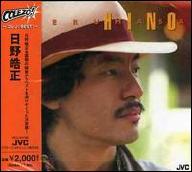 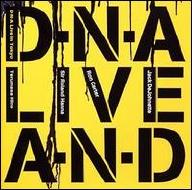 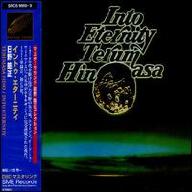 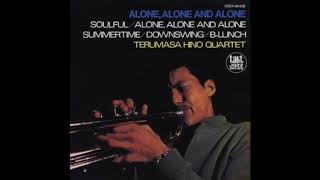 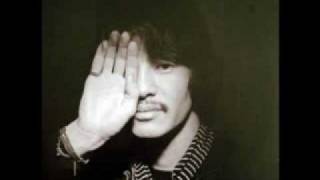 Terumasa Hino -- This Planet Is Ours 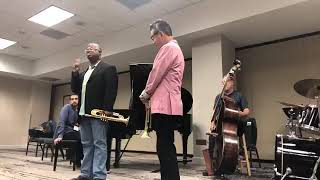 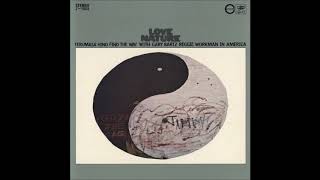 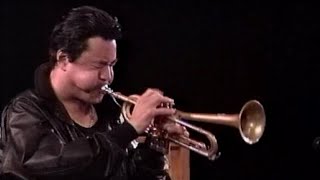