Close
Pepper Adams
from Highland Park, MI
October 8, 1930 - September 10, 1986 (age 55)
Biography
Pepper Adams handled the baritone saxophone with the driven facility of hard bop and fueled the big horn with a propulsive intensity that caused him to be nicknamed "the Knife" for his "slashing and chopping technique," which had a humbling effect upon musicians fortunate enough to gig with him. From 1954 until shortly before his passing in 1986, Pepper Adams existed as an indispensable ingredient in the North American jazz ensemble, releasing more than 20 albums as a leader, emanating a special warmth as a featured soloist, and serving as a strongly supportive sideman and an often overlooked accompanist, for he anchored many an ensemble behind vocalists such as Brook Benton, Aretha Franklin, Jon Lucien, Carmen McRae, Helen Merrill, Esther Phillips, Dakota Staton, Joe Williams, and Jimmy Witherspoon. Often mentioned in the same breath with Serge Chaloff, Gerry Mulligan, and Cecil Payne, his powerhouse approach was closer to that of Harry Carney and Leo Parker.

Born Park Adams III on October 8, 1930, in Highland Park, MI, he was five years old when his family moved to Rochester, NY, where he soon developed a passionate interest in jazz by listening to Fats Waller, Jimmie Lunceford, Duke Ellington, and Cab Calloway on the radio. At 12 he was blowing clarinet and tenor sax and was soon sitting in with local bands, including one led by veteran reedman Ben Smith. Pepper's primary inspiration was tenor archetype Coleman Hawkins, and Harry Carney inspired him to take up the baritone. Moving back to Detroit in 1946, he played in a group led by Lucky Thompson and worked in the house band at the African-American-owned Bluebird Inn with Barry Harris, Billy Mitchell, and Thad and Elvin Jones while holding down a job manufacturing automobiles. He blew tenor with Lionel Hampton for a while and served in the U.S. Army from 1951 to 1953, including a spell in Korea. Resuming his routine at the Bluebird, he developed his stamina while working with Miles Davis, Sonny Stitt, and Wardell Gray, whose influence he always acknowledged.

In 1958 Adams worked with Benny Goodman, Johnny Griffin, Chet Baker, Manny Albam, Gene Ammons, and Donald Byrd, with whom he would co-lead a band and cut quite a number of albums over the years. In 1959 Pepper put out an LP with trombonist Jimmy Knepper and led a group that was recorded live at the Five Spot. He supported Art Pepper and Sonny Red on their album Two Altos and sat in on Philly Joe Jones' Showcase. Adams helped solidify the orchestra that appeared with Thelonious Monk at Town Hall and served as a sort of living furnace among trombonist Jimmy Knepper and saxophonists Jackie McLean, John Handy, and Booker Ervin during the session that resulted in Blues and Roots, the album that virtually defines the artistic legacy of Charles Mingus. He began the 1960s by recording with multi-instrumentalist Herbie Mann, pianist Herbie Hancock, vibraphonist Lionel Hampton, saxophonist Jimmy Forrest, and trumpeters Howard McGhee and Freddie Hubbard. He also recorded with pianists Duke Pearson and Red Garland, helped saxophonist Pony Poindexter cut his first album, and appeared live with Mingus at New York's Town Hall and Birdland.

In 1963 Pepper Adams Plays Charlie Mingus was co-produced by Mingus and vibraphonist Teddy Charles. Other collaborations from this period include Ben Webster's See You at the Fair, Oliver Nelson's More Blues and the Abstract Truth, and dates led by pianist Joe Zawinul and saxophonist Stanley Turrentine. In 1966 Thad Jones and Pepper Adams co-led the album Mean What You Say. This coincided with the first of the Monday night performances at the Village Vanguard by the Thad Jones/Mel Lewis Big Band, an 18-piece unit that would stay together for ten years. Throughout the late '60s Pepper Adams performed with trumpeter Blue Mitchell, with Dizzy Gillespie at the Vanguard, behind organist Jimmy Smith on Stay Loose...Jimmy Smith Sings Again, and on various albums by saxophonists Lou Donaldson, Hank Crawford, Zoot Sims, Houston Person, and Roland Kirk. He closed out the decade by sitting in with bassist Richard Davis, with guitarist George Benson on the album Giblet Gravy, and in a large band behind Mose Allison on the LP Hello There, Universe.

Pepper Adams showed up on several Blue Note sessions presided over by Elvin Jones from 1969 to 1973, on two albums with soul-jazz organist Johnny Hammond Smith, and with composer and multi-instrumentalist David Amram on various projects that materialized throughout the 1970s. Adams demonstrated terrific adaptability as he assisted Felix Cavaliere and the Rascals with their jazz-rock crossover Peaceful World and even signed on with comedian Martin Mull, appearing on his 1974 album, Normal, where he lent ballast to a tidy big-band arrangement of Flexible with Phil Bodner, Thad Jones, Jimmy Knepper, and Joe Farrell. Further engagements during the 1970s (including tours of the U.K. and Europe) involved pianists Arif Mardin, Ben Sidran, and Mickey Tucker; guitarist Eric Gale; saxophonist Grover Washington, Jr.; and Lalo Schifrin's disco album Black Widow. A return to jazzier turf came about on Nick Brignola's Baritone Madness, on sessions with pianist Walter Bishop, Jr., and on Charles Mingus' last albums Me, Myself an Eye and Something Like a Bird in 1978.

Pepper's Urban Dreams came out in 1981, ushering in what would be his last five years of artistic productivity. He assisted with Teo Macero's Impressions of Charles Mingus and recorded with pianist Bess Bonnier, guitarist Peter Leitch, pianists Hank Jones and Hod O'Brien, and trumpeter Kenny Wheeler. Pepper's last recording, The Adams Effect, brought him together with saxophonist Frank Foster and a rhythm section of Tommy Flanagan, Ron Carter, and Billy Hart. A lifelong tobacco addict, Pepper Adams died of lung cancer in Brooklyn, NY, on September 10, 1986. ~ arwulf arwulf, Rovi 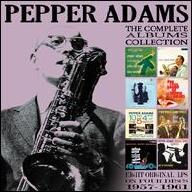 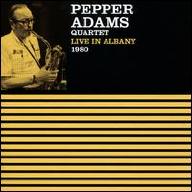 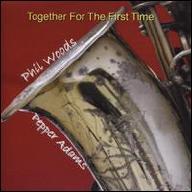 Together for the First Time
2015 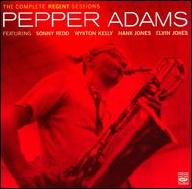 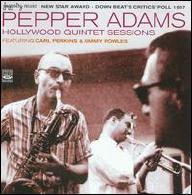 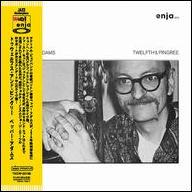 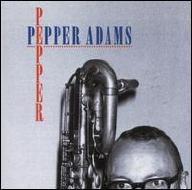 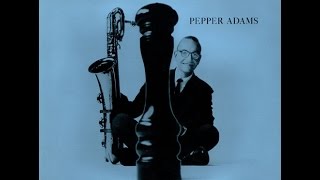 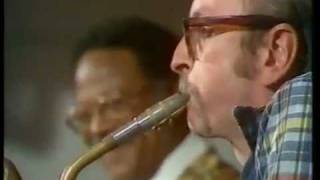 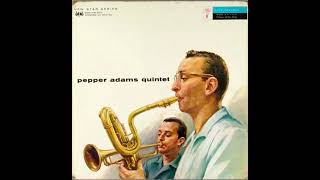 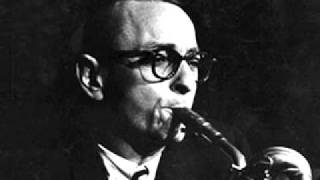 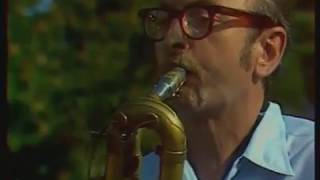 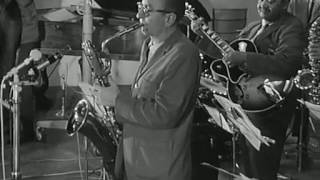 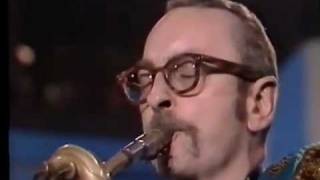