Close
Madness
from Camden, London, England
formed January 1, 1976 (age 46)
Biography
Along with the Specials, Madness were one of the leading bands of the late-'70s ska revival that swept the U.K. They were known for their "nutty sound," blending ska rhythms with catchy melodies and a showman's sense of humor. As their career progressed, they folded in touches of Motown, soul, and British pop to their formula. In 1983, the band's jaunty, Kinks-influenced "Our House" broke through to mainstream listeners around the globe, rising to the upper reaches of numerous singles charts and becoming an enduring classic. The group's 1979 debut album, One Step Beyond, is one of the foundations of the 2-Tone era; 1982's Madness Presents the Rise Fall featured some of their finest, most mature songwriting; and 2009's The Liberty of Norton Folgate was a reunion effort as pleasing as their classic 1980s releases. Madness showed no signs of slowing down afterward, and they regularly released albums, toured the world, and launched new projects well into the 2020s.

The origins of Madness lie in a ska group known as the Invaders, which was formed by Mike Barson, Chris Foreman, and Lee Thompson in 1976. By 1978, the band had changed their name to Morris and the Minors and had added Graham Suggs McPherson, Mark Bedford, Chas Smash, and Dan Woodgate to the group. Later in 1978, they changed their name to Madness, in homage to one of their favorite Prince Buster songs. The following year, Madness released their debut single, a tribute to Prince Buster entitled "The Prince," on Two-Tone. The song was a surprise success, reaching the British Top 20. Following its success, the band signed a record contract with Stiff Records and released another Prince Buster song, "One Step Beyond," which climbed to number seven.

Madness quickly recorded their debut album, also titled One Step Beyond, with producers Clive Langer and Alan Winstanley. Released toward the end of the year, the album peaked at number two in Britain and it stayed on the charts for well over a year. At the beginning of 1980, the band's third single, "My Girl," peaked at number three. For the next three years, the group had a virtually uninterrupted run of 13 Top Ten singles, during which time they were one of the most popular bands in Britain, rivaled only by the Jam in terms of widespread popularity. Where the Jam appealed to teenagers and young adults, Madness had a broad fan base, reaching from children to the elderly. Which didn't mean their music was diluted -- they continued to expand their sound, both musically and lyrically.

In the spring of 1980, Madness released the Work Rest and Play EP, which reached number six on the strength of the EP's lead song, "Night Boat to Cairo." Also during the spring, One Step Beyond was released in the United States, where it peaked at 128. Madness' second album, Absolutely, was released in the fall of 1980. The record peaked at number two on the British charts, but it stalled at number 146, in the U.S. Sire dropped the band after the commercial disappointment of Absolutely, leaving Madness without an American record contract for several years.

Back in England, Madness continued to gain momentum, as the group began playing matinee shows on their tours so children under 16 years old could attend the concert. In the fall of 1981, the band released their third album, Seven, which peaked at number five. In January of 1982, Madness hit number four with a cover of Labi Siffre's "It Must Be Love." In March, their streak of Top Ten hits was interrupted when "Cardiac Arrest" stalled at number 14 on the charts, due to radio's reluctance to play the tune. The band bounced back a few months later with "House of Fun," their first number one single. That same month, the hits compilation, Complete Madness, reached number one.

Madness returned in the late summer of 1982 with The Rise and Fall, their full-fledged shift to pop. Like their previous albums, it was a British hit, reaching the Top Ten, but it also contained the seeds of their brief American success with the Top Five British single "Our House." The single was released in America on the group's new label, Geffen, and it received heavy airplay from MTV. The music-video television network had previously played the videos for "House of Fun," "It Must Be Love," and "Cardiac Arrest" when the band's albums were unreleased in the United States, thereby setting the stage for "Our House" to become a massive hit. With "Our House," Madness had MTV exposure coincide with a record release for the first time, which sent the single into the American Top Ten in the summer of 1983. The success of the single brought the U.S. compilation album, Madness, to number 41. Madness managed one more American Top 40 hit that fall, when "It Must Be Love" peaked at number 33.

At the end of 1983, Mike Barson -- the band's key songwriter -- left the group to settle down with his wife. Although Madness was able to stay near the top of the charts with their first post-Barson release, "Michael Caine," the band's fortunes began to decline over the course of 1984. Upon its release in the spring, Keep Moving hit number six on the British charts; in America, the record reached number 109. In June, the group released its final single for Stiff Records, "One Better Day," which peaked at number 17. In the fall, Madness formed their own record label, Zarjazz. They released "Yesterday's Men," their first recording on Zarjazz, in September of 1985, nearly a year after the label's formation. The record peaked at number 18 and its parent album, Mad Not Mad, reached number 16 upon its October release. Their chart decline continued early in 1986, when their cover of Scritti Politti's "Sweetest Girl" peaked at number 35. For most of 1986, the group was quiet. In September, Madness announced they were disbanding. Two months later, their farewell single, "Waiting for the Ghost Train," was released, charting at number 18.

After staying dormant for a year-and-a-half, the group reunited at the beginning of 1988 as a quartet called the Madness, releasing its comeback single, "I Pronounce You," in March. The Madness featured Chris Foreman, Lee Thompson, Chas Smash, and Suggs, and was augmented by the Specials' keyboardists Jerry Dammers and Steve Nieve, and Bruce Thomas (bass) of the Attractions. "I Pronounce You" reached number 44 on the U.K. charts and its accompanying album stiffed upon its spring release. The group disbanded for a second time that fall.

In the summer of 1992, the original lineup of Madness reunited to perform two outdoor concerts at London's Finsbury Park. The group dubbed the event Madstock and released a recording of the shows on Go! Records. Madstock became an annual event for the next four years -- every summer the band would reunite and headline an outdoor festival at Finsbury Park. Suggs launched a solo career in 1995 with The Lone Ranger, which performed respectably in the U.K. charts. In 1996, Madness played the final Madstock and announced they planned not to reunite for future concerts, but by 1998 they were back on the road, with a Los Angeles date recorded for release as Universal Madness the following year. The group also reunited with original producers Clive Langer and Alan Winstanley to record their first new material in over a decade. The resulting Dangermen Sessions, Vol 1 was released in 2005, followed in 2009 by The Liberty of Norton Folgate, the group's tenth studio album.

In 2011, Madness launched the annual "House of Fun Weeknder," a three-day festival curated by the band in which they performed alongside a wealth of like-minded artists. During 2012, the band took part in high-profile performances that celebrated the best of British culture. They played from the top of Buckingham Palace at the Queen’s Diamond Jubilee party and also appeared in the closing ceremony of the London Olympic Games. As 2012 drew to a close, Madness released a new album called Oui, Oui, Si, Si, Ja, Ja, Da, Da. The group returned in 2016 with their 12th studio effort, Can't Touch Us Now. In 2021, Yep Roc Records gave 1980's Absolutely a vinyl reissue in the United States; an expanded CD edition came out in the U.K., with added B-sides and rarities, as well as a full 1980 concert recorded for the BBC. ~ Stephen Thomas Erlewine, Rovi 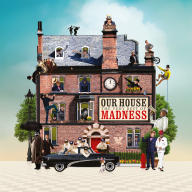 Our House: The Very Best of Madness
2021 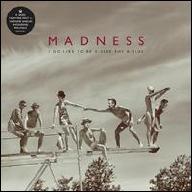 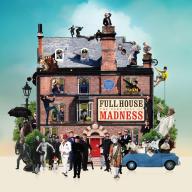 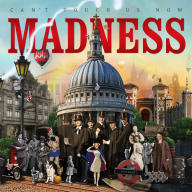 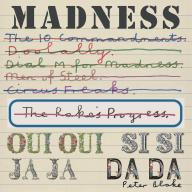 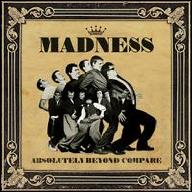 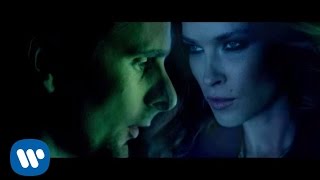 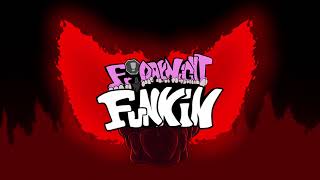 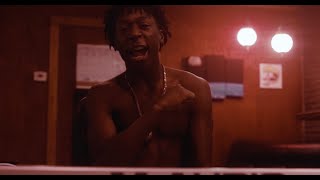 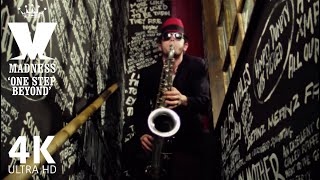 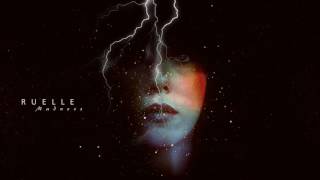 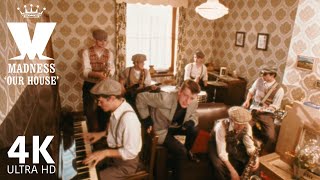 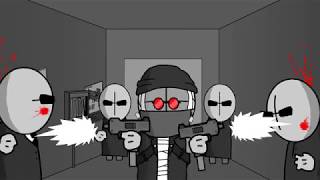