Close
Otis Rush
from Philadelphia, MS
April 29, 1934 - September 29, 2018 (age 84)
Biography
Breaking into the R&B Top Ten his very first time out in 1956 with the startlingly intense slow blues "I Can't Quit You Baby," southpaw guitarist Otis Rush subsequently established himself as one of the premier bluesmen on the Chicago circuit. Rush was often credited with being one of the architects of the West Side guitar style, along with Magic Sam and Buddy Guy. It was a nebulous honor, since Rush played clubs on Chicago's South Side just as frequently during the sound's late-'50s incubation period. Nevertheless, his esteemed status as a prime Chicago innovator was eternally assured by the ringing, vibrato-enhanced guitar work that remained his stock in trade and a tortured, super-intense vocal delivery that could force the hairs on the back of your neck upwards in silent salute. If talent alone were the formula for widespread success, Rush would certainly have been Chicago's leading blues artist. But fate, luck, and the guitarist's own idiosyncrasies conspired to hold him back on several occasions when opportunity was virtually begging to be accepted.

Rush came to Chicago in 1948, met Muddy Waters, and knew instantly what he wanted to do with the rest of his life. The omnipresent Willie Dixon caught Rush's act and signed him to Eli Toscano's Cobra Records in 1956. The frighteningly intense "I Can't Quit You Baby" was the maiden effort for both artist and label, streaking to number six on Billboard's R&B chart. His 1956-1958 Cobra legacy is a magnificent one, distinguished by the Dixon-produced minor-key masterpieces "Double Trouble" and "My Love Will Never Die," the tough-as-nails "Three Times a Fool" and "Keep on Loving Me Baby," and the rhumba-rocking classic "All Your Love (I Miss Loving)." Rush apparently dashed off the latter tune in the car en route to Cobra's West Roosevelt Road studios, where he would cut it with the nucleus of Ike Turner's combo.

After Cobra closed up shop, Rush's recording fortunes mostly floundered. He followed Dixon over to Chess in 1960, cutting another classic (the stunning "So Many Roads, So Many Trains") before moving on to Duke (one solitary single, 1962's "Homework"), Vanguard, and Cotillion (there he cut the underrated Mike Bloomfield-Nick Gravenites-produced 1969 album Mourning in the Morning, with yeoman help from the house rhythm section in Muscle Shoals). Typical of Rush's horrendous luck was the unnerving saga of his Right Place, Wrong Time album. Laid down in 1971 for Capitol Records, the giant label inexplicably took a pass on the project despite its obvious excellence. It took another five years for the set to emerge on the tiny Bullfrog label, blunting Rush's momentum once again (the album was later made available by HighTone). An uneven but worthwhile 1975 set for Delmark, Cold Day in Hell, and a host of solid live albums that mostly sound very similar kept Rush's gilt-edged name in the marketplace to some extent during the '70s and '80s, a troubling period for the legendary southpaw.

In 1986, he walked out on an expensive session for Rooster Blues (Louis Myers, Lucky Peterson, and Casey Jones were among the assembled sidemen), complaining that his amplifier didn't sound right and thereby scuttling the entire project. Alligator picked up the rights to an album he had done overseas for Sonet originally called Troubles, Troubles. It turned out to be a prophetic title: much to Rush's chagrin, the firm overdubbed keyboardist Lucky Peterson and chopped out some masterful guitar work when it reissued the set as Lost in the Blues in 1991.

Finally, in 1994, the career of this Chicago blues legend began traveling in the right direction. Ain't Enough Comin' In, his first studio album in 16 years, was released on Mercury and ended up topping many blues critics' year-end lists. Produced spotlessly by John Porter with a skin-tight band, Rush roared through a set of nothing but covers, but did them all his way, his blistering guitar consistently to the fore.

Once again, a series of personal problems threatened to end Rush's long-overdue return to national prominence before it got off the ground. But he remained in top-notch form, fronting a tight band that was entirely sympathetic to the guitarist's sizzling approach. Rush signed with the House of Blues' fledgling record label, instantly granting that company a large dose of credibility and setting himself up for another career push. However, his touring and recording were brought to a halt following a debilitating stroke in 2003. His album Live... and In Concert from San Francisco was released by the Blues Express label in 2006, having been recorded in 1999. On September 29, 2018, Otis Rush died from complications arising from the stroke; he was 83 years old. ~ Bill Dahl, Rovi 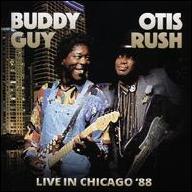 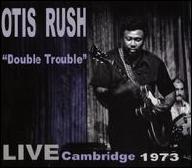 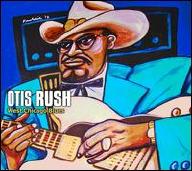 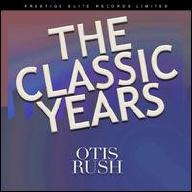 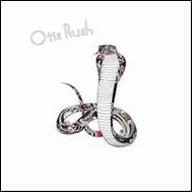 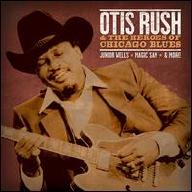 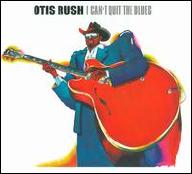 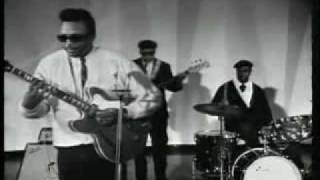 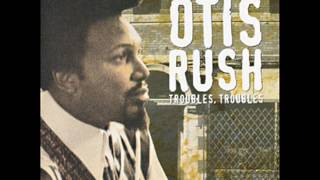 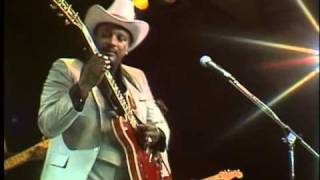 Otis Rush And Eric Clapton - All Your Lovin' [Miss Loving].avi 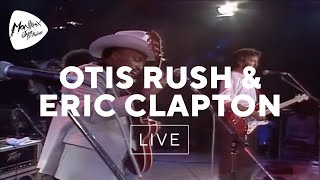 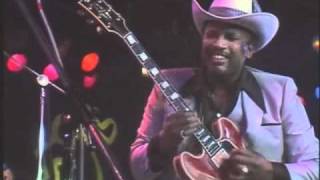 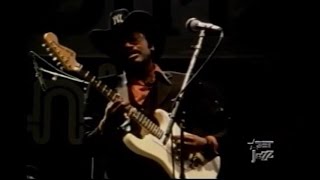