Close
Johnny Shines
from Frayser, TN
April 26, 1915 - April 20, 1992 (age 76)
Biography
Best known as a traveling companion of Robert Johnson, Johnny Shines' own contributions to the blues have often been unfairly shortchanged, simply because Johnson's own legend casts such a long shadow. In his early days, Shines was one of the top slide guitarists in Delta blues, with his own distinctive, energized style; one that may have echoed Johnson's spirit and influence, but was never a mere imitation. Shines eventually made his way north to Chicago, and made the transition to electrified urban blues with ease, helped in part by his robust, impassioned vocals. He was vastly under-recorded during his prime years, even quitting the music business for a time, but was rediscovered in the late '60s and recorded and toured steadily for quite some time. A 1980 stroke robbed him of some of his dexterity on guitar, but his voice remained a powerfully emotive instrument, and he performed up until his death in 1992.

John Ned Shines was born April 26, 1915, in Frayser, TN, and grew up in Memphis from the age of six. Part of a musical family, he learned guitar from his mother, and as a youth he played for tips on the streets of Memphis with several friends, inspired by the likes of Charley Patton, Blind Lemon Jefferson, Lonnie Johnson, and the young Howlin' Wolf. In 1932, he moved to Hughes, AR, to work as a sharecropper, keeping up his musical activities on the side; in 1935, he decided to try and make it as a professional musician. Shines had first met Robert Johnson in Memphis in 1934, and he began accompanying Johnson on his wanderings around the Southern juke-joint circuit, playing wherever they could find gigs; the two made their way as far north as Windsor, Ontario, where they appeared on a radio program. After around three years on the road together -- which made Shines one of Johnson's most intimate associates, along with Johnson's stepson Robert Jr. Lockwood -- the two split up in Arkansas in 1937, and never saw each other again before Johnson's death in 1938.

Shines continued to play around the South for a few years, and in 1941 decided to make his way north in hopes of finding work in Canada, and from there catching a boat to Africa. Instead, when he stopped in Chicago, his cousin immediately offered him a job in construction, and Shines wound up staying. He started making the rounds of the local blues club scene, and in 1946 he made his first-ever recordings; four tracks for Columbia that the label declined to release. In 1950, he resurfaced on Chess, cutting sides that were rarely released (and, when they were, often appeared under the name "Shoe Shine Johnny"). Meanwhile, Shines was finding work supporting other artists at live shows and recording sessions. From 1952-1953, he laid down some storming sides for the JOB label, which constitute some of his finest work ever (some featured Big Walter Horton on harmonica). They went underappreciated commercially, however, and Shines returned to his supporting roles. In 1958, fed up with the musicians' union over a financial dispute, Shines quit the music business, pawned all of his equipment, and made his living solely with the construction job he'd kept all the while.

Shines did, however, stay plugged into the local blues scene by working as a photographer at live events, selling photos to patrons as souvenirs. Eventually, he was sought out by blues historians, and talked into recording for Vanguard's now-classic Chicago/The Blues/Today! series; his appearance on the third volume in 1966 rejuvenated his career. Shines next cut sessions for Testament (1966's Master of the Modern Blues, Vol. 1, a couple with Big Walter Horton, and more) and Blue Horizon (1968's Last Night's Dream), which effectively introduced him to much of the listening public. The reception was much greater this time around, and Shines hit the road, first with Horton and Willie Dixon as the Chicago All-Stars, then leading his own band. In the meantime, his daughter died unexpectedly, leaving Shines to raise his grandchildren; concerned about bringing them up in an urban environment, he moved the whole family down to Tuscaloosa, AL.

During the early '70s, Shines recorded for Biograph and Advent, among others, and enjoyed one of his most acclaimed releases with 1975's more Delta-styled Too Wet to Plow (for Tomato). He also taught guitar locally in Tuscaloosa in between touring engagements. Despite his own generally high-quality work, Shines was a fascinating figure to many white blues fans simply because of the mythology surrounding Robert Johnson, and he was interviewed repeatedly about his experiences with Johnson to the exclusion of discussing his own music and contemporary career; which understandably frustrated him after a while. However, that didn't stop him from rediscovering his roots in acoustic Delta blues, or including many of Johnson's classic songs in his own repertoire; in fact, during the late '70s, Shines toured and recorded often with Robert Jr. Lockwood, a teaming that owed much to Johnson's legacy if ever there was one. Unfortunately, in 1980, Shines suffered a stroke that greatly affected his guitar playing, which would never return to its former glories. He was able to sing as effectively as before, though, and helped by some of his students, he continued to tour America and Europe. In the early '90s, Shines appeared in the documentary film #Searching for Robert Johnson, and he also cut one last album with Snooky Pryor, 1991's Back to the Country, which won a Handy Award. Shines' health was failing, however, and he passed away on April 20, 1992, in a Tuscaloosa hospital. ~ Steve Huey, Rovi 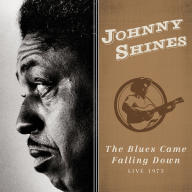 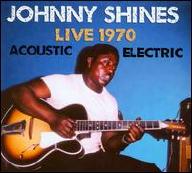 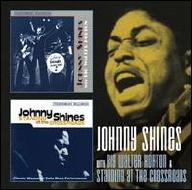 With Big Walter Horton/Standing at the Crossroad
2013 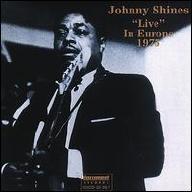 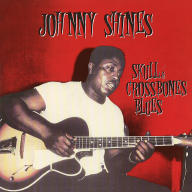 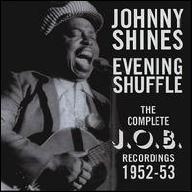 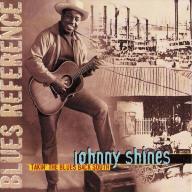 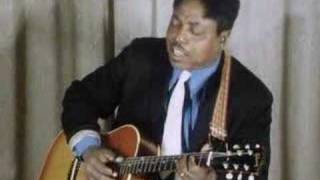 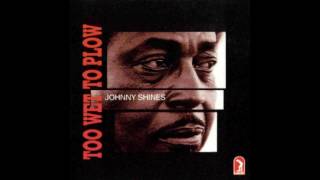 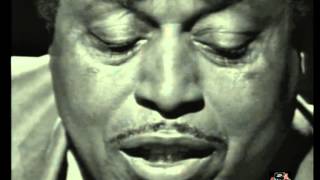 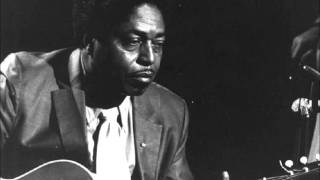 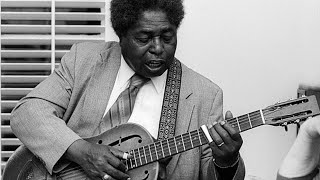 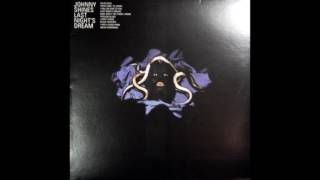 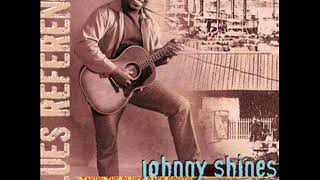