Close
June of 44
from Louisville, KY
formed January 1, 1994 (age 28)
Biography
Rising from the ashes of Rodan in late 1994, June of 44 continued guitarist Jeff Mueller's mercurial muse, enlisting the talents of a host of long-distance collaborators for prolifically released and stylistically varied albums. During a relatively short lifespan, the project touched on hard-edged math rock and the expanded instrumentation of post-rock, as well as dabbling with bringing samples, loops, and electronics into the mix on 1999's Anahata. The band dissolved in 1999 after a fiery and non-stop five-year run but regrouped in 2018 and eventually released a new collection, Revisionist: Adaptations Future Histories in the Time of Love and Survival, in August of 2020.

Following the sudden demise of Rodan in late 1994, guitarist Jeff Mueller kept Louisville's math rock flame burning with his new band, June of 44. Along with contemporaries like the For Carnation and Slint, June of 44 crafted loud, dissonant, complex guitar rock as intellectual as it was forceful. They evolved quickly into an entity more in line with the emerging post-rock scene, implementing arrangements that augmented heavy guitars with electronics, sampled loops, and chamber jazz flourishes courtesy of strings, trumpet, and vibes. Mueller teamed up with Lungfish's Sean Meadows (who switched from bass to guitar), bassist/trumpeter Fred Erskine (a veteran of Dischord bands Hoover and the Crownhate Ruin), and drummer Doug Scharin, who'd played in the groundbreaking slowcore bands Codeine and Rex. The band's name was inspired by a variety of factors, chiefly the date of correspondence between erotic fiction writers Henry Miller and Anaïs Nin; the month also coincided with the birth of Mueller's mother and the military service of Meadows' grandfather. With the members living in different cities, they first convened for a recording session in New York; the results were released in the summer of 1995 by Rodan's former label, Quarterstick, as the group's debut album, Engine Takes to the Water. Given the short gestation period, the music strongly recalled the angular riffs, extreme dynamic range, and shifting meters of Rodan.

With their second album, 1996's Tropics and Meridians, June of 44 established themselves as a top-notch experimental indie band, offering a more fully realized take on the sound of their debut. In the meantime, Scharin kicked off the solo side project HiM, pursuing dubby, experimental post-rock and recording at a prolific pace, often with assistance from Erskine. Meadows also started a side project called the Sonora Pine with Tara Jane O'Neil, one of Mueller's ex-bandmates in Rodan; they released two albums over 1996-1997. Erskine, meanwhile, moonlighted with the bluesy, D.C.-based the Boom. The members' outside exploits -- which were generally of a subtler nature -- soon began to make themselves felt in June of 44's music, starting with 1997's transitional Anatomy of Sharks EP.

1998's full-length Four Great Points signaled the band's even more experimental new direction, making greater use of Scharin's interest in electronic music and Erskine's trumpet-playing skills. That year, Scharin also debuted another avant-garde side project, the eclectic Out in Worship (aka Out of Worship). The fourth June of 44 album, 1999's Anahata, expanded on the model of its immediate predecessor, deepening the jazz influence and sampling techniques; there were also substantial contributions from violin/viola player Julie Liu. Anahata was followed later that year by an EP, In the Fishtank; it was part of a series from the Dutch label Konkurrent, which offered limited free studio time to intriguing bands on tour in Europe. It proved to be the final June of 44 release for some time, as the band broke up shortly after its release. Meadows quickly embarked on two projects, the Letter E and the solo Everlasting the Way, while Erskine played trumpet in Abilene in addition to several other sideman gigs. Scharin continued with HiM, also playing with Loftus and Mice Parade, among others. Mueller, for his part, subsequently reunited with Rodan guitar mate Jason Noble in the Shipping News.

In 2018, June of 44 reunited and played their first shows since disbanding almost 20 years prior. The next year they began work on new recordings, many of which revisited old songs Mueller felt never met their best articulation when they were first put to tape. In August of 2020, the band released Revisionist: Adaptations Future Histories in the Time of Love and Survival, an eight-song album that included remixes, re-recordings of older songs, and previously unreleased material from the band's run in the '90s. ~ Steve Huey & Fred Thomas, Rovi 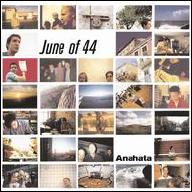 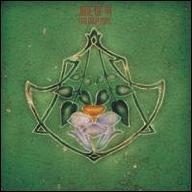 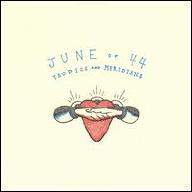 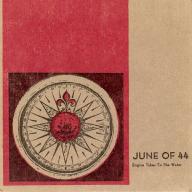 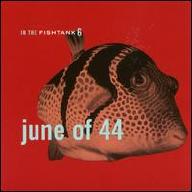 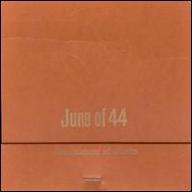 The Anatomy of Sharks
1996
Videos
Close 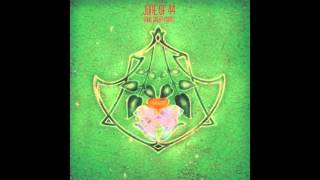 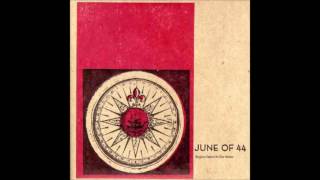 June Of 44 - Engine Takes To Water 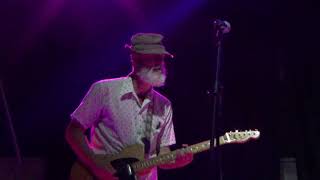 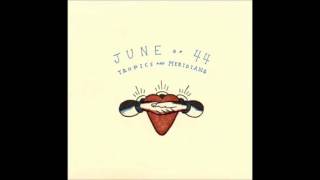 June Of 44 - Tropics And Meridians 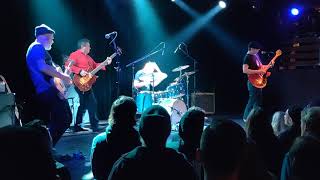 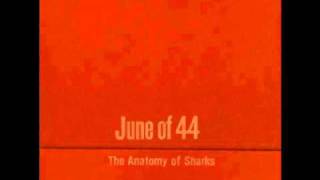 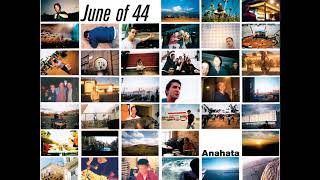