Close
Rapsody
from Wilson, NC
January 21, 1988 (age 33)
Biography
Rising from fierce independence to collaborating with some of the most celebrated names in hip-hop, multi-faceted rapper Rapsody has grown with every release. Her early mixtapes featured psychedelically soulful beats from legendary producer 9th Wonder, and by the late 2010s, she was trading verses with Kendrick Lamar, J. Cole, Anderson .Paak, and other greats. Her second album, Laila's Wisdom (2017), continued to expand the depth of her lyricism and gloss of production, and was nominated for multiple Grammys. She has since affirmed the deep influence of fellow black women across political history and artistic disciplines with her third proper album, Eve (2019).

Rapsody was born Marlanna Evans in 1983. She grew up in Snow Hill, North Carolina, developing an interest in music at a young age through her parents' record collections. After seeing the video for MC Lyte's "Poor Georgie" and discovering Fugees' The Score, Evans decided that she wanted to pursue a career in rap. She briefly joined the hip-hop outfit Kooley High before beginning her solo career in 2008. She put out the Return of the B-Girl mixtape in late 2010, produced with DJ Premier and featuring Big Daddy Kane, Rah Digga, and Mac Miller, and swiftly followed with two more mixtapes, 2011's Thank H.E.R. Now and For Everything. That same year also saw her open for Miller on his Incredibly Dope tour before she headed out on the road again with Phoebe and 9th Wonder.

Rapsody released her first EP, The Black Mamba, followed by her debut full-length, The Idea of Beautiful, in 2012. Whereas the production on the mixtapes was handled primarily by 9th Wonder, the album was produced by the Soul Council -- a production group made up of 9th Wonder, Khrysis, and Ka$h Don't Make Beats, among others. She released the She Got Game mixtape in 2013 before going on to receive a featured credit on the track "Complexion (A Zulu Love)" by Kendrick Lamar on his Grammy-winning 2015 album To Pimp a Butterfly. In 2016, she put out her second EP, Crown, while also inking a deal with Jay-Z's Roc Nation. Rapsody's first release for the label was her sophomore effort, 2017's Laila's Wisdom. The effort featured guest performances from Lamar and Busta Rhymes. It received a Grammy nomination for Best Rap Album, and highlight "Sassy" was nominated in the category of Best Rap Song. The next year, in addition to a role in the Mass Appeal documentary series Rapture, Rapsody contributed several tracks to the 9th Wonder-produced compilation Jamla Is the Squad II. Among other songs on the comp, she traded bars with J. Cole on the bouncy throwback beat of "Sojourner" and the horn-driven "REDBLUE," which also featured JID.

Eve, Rapsody's third proper studio album, arrived in 2019 with Queen Latifah, GZA, JID, and J. Cole among the guests. It entered the Billboard 200 at number 76, almost 50 slots higher than her previous LP. Into 2020, Rapsody added to her high-profile guest appearances on tracks by Robert Glasper, John Legend, and TeaMarr, among others, and issued a remix of the Eve cut "Afeni" featuring D Smoke. "Afeni [Remix]" and assorted Eve tracks also formed the basis of five themed EPs with titles such as Wisdom and Soul Sistah. ~ Rob Wacey, Rovi 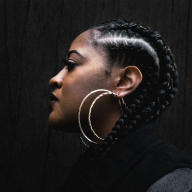 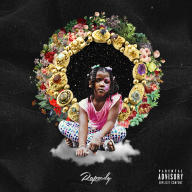 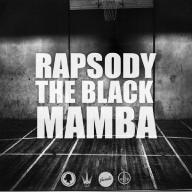 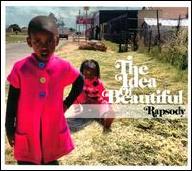 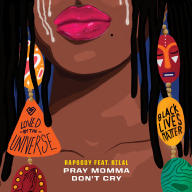 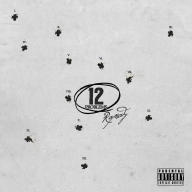 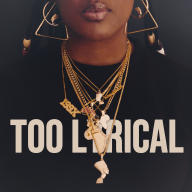 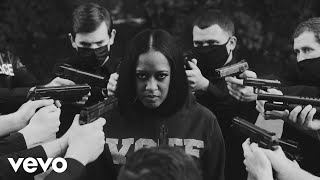 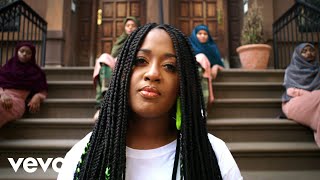 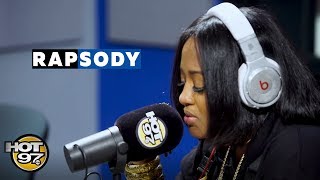 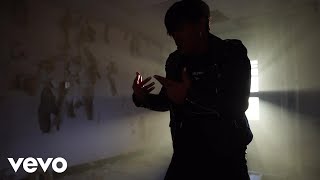 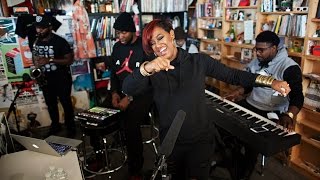 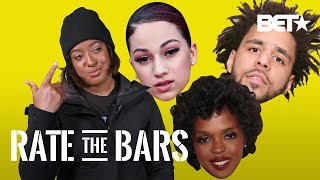 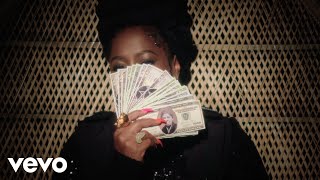