Close
Gwen McCrae
from Pensacola, FL
December 21, 1943 (age 78)
Biography
Best remembered for her number one RB hit Rockin' Chair from 1975, Gwen McCrae was a gutsy Southern soul diva with a particular affinity for dance tracks. Along with her husband George (Rock Your Baby), Gwen was part of the Miami-based T.K. Records stable, which laid a great deal of groundwork for the disco explosion. Born Gwen Mosley in Pensacola, FL, in 1943, she grew up singing in her Pentecostal church and later discovered secular singers like Sam Cooke and Aretha Franklin. She began performing in local clubs as a teenager, also singing with local groups like the Lafayettes and the Independents. In 1963, she met a young Navy sailor named George McCrae, whom she married within a week. When George was discharged, he re-formed an earlier group he'd sung with called the Jivin' Jets, and invited Gwen to join as well. Soon, however, George and Gwen split off to form a duo -- aptly dubbed George Gwen -- and moved to West Palm Beach to perform in clubs all over South Florida.

George Gwen were discovered in 1967 by singer Betty Wright, who helped get them signed to Henry Stone's Alston label. Their debut single, Three Hearts in a Tangle, was released in 1969; the follow-up, Like Yesterday Our Love Is Gone, marked the first time they worked with the writing team of Clarence Reid (who would later morph into the bawdy comic Blowfly) and Willie Clarke. Both were regional hits, as was third single, No One Left to Come Home, although none of those records broke nationally; meanwhile, the McCraes and Wright were collectively earning a reputation as stellar session vocalists. In 1970, one of Gwen's solo recordings, the Bobby Blue Bland cover Lead Me On, was picked up by Columbia and became her first Top 40 hit on the RB charts. In the wake of that breakthrough, George temporarily retired from singing to become her manager, and Alston leased her contract to Columbia; she recorded several more singles over the next few years, but without comparable chart success.

Columbia declined to renew McCrae's contract in 1973, and she was signed to a different Henry Stone label, the T.K. subsidiary Cat. She had a regional hit with He Keeps Something Groovy Goin' On that year, and then her second national hit with the RB Top 20 For Your Love (originally recorded by Ed Townsend). However, her minor 1974 hit It's Worth the Hurt was overshadowed by George's across-the-board smash Rock Your Baby, a song originally intended for Gwen that heralded disco's arrival on the pop charts. It was Gwen's turn in the spotlight the following year, when she took the sexy Reid/Clarke composition Rockin' Chair all the way to the top of the RB charts, not to mention the pop Top Ten. In the wake of its success, McCrae released her first-ever album (also called Rockin' Chair) and scored further RB hits with Love Insurance and Cradle of Love.

By this time, the separate successes were taking their toll on the McCraes' marriage (Gwen has since alleged that her husband beat her frequently). A 1976 duet single, Winners Together, Losers Apart, fell short of the RB Top 40, and a full album of duets failed to assuage matters. The couple split later that year, and Gwen scored what turned out to be her last chart hit for Cat, Damn Right It's Good. Despite a fine effort with the 1978 LP Let's Straighten It Out, McCrae's commercial momentum was stalled, and although 1979's All This Love That I'm Giving later became a favorite on Britain's Northern soul scene, it didn't attract much attention upon its release. With the T.K. label family in serious financial trouble, McCrae moved to New Jersey and signed with Atlantic in 1980, a stint that produced two albums (Gwen McCrae and On My Way) and several chart singles still prized by collectors: Funky Sensation, Poyson, and Keep the Fire Burning. Feeling underpromoted, McCrae moved back to Florida, cut a one-off single for the small Black Jack label in 1984 called Do You Know What I Mean, and retired from the music business.

McCrae was rediscovered by the British Northern soul and rare groove scenes during the '80s, and she traveled to England to record a couple of singles for Rhythm King in 1987. Pleased with her enduring popularity in the U.K., McCrae eventually recorded an entire album for the British Homegrown label in 1996, titled Girlfriend's Boyfriend. Upon returning to America, she signed with the revived Goldwax label, distributed by Ichiban, and recorded another album later that year, Psychic Hot Line. In 1998, Ichiban reissued Girlfriend's Boyfriend in the U.S. McCrae returned in 1999 with Still Rockin', which received favorable reviews in blues and classic soul circles. ~ Steve Huey, Rovi 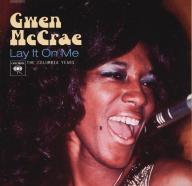 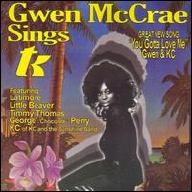 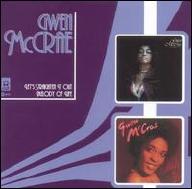 Let's Straighten It Out/Melody Of Life
2005 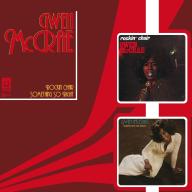 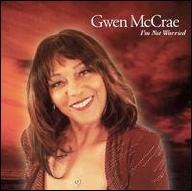 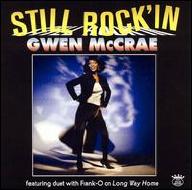 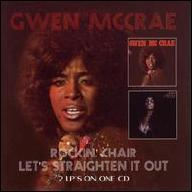 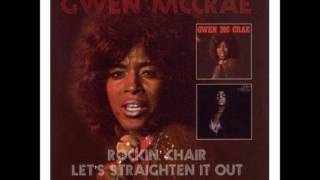 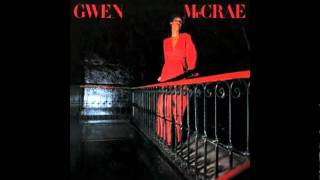 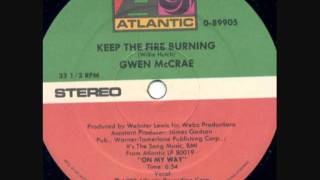 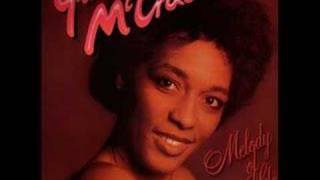 Gwen McCrae "All This Love That I'm Giving" 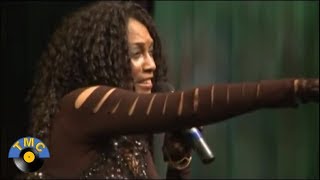 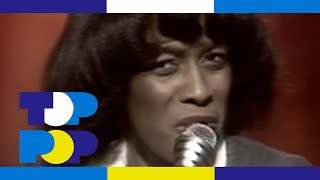 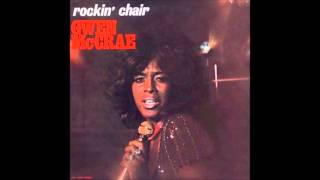