Close
Wycliffe Gordon
from Waynesboro, GA
May 29, 1967 (age 54)
Biography
Trombone player Wycliffe Gordon is best known for his work with the Lincoln Center Jazz Orchestra, under the direction of jazz maestro, Wynton Marsalis. The versatile trombonist can scat, multi-note, slide, and plunge, just like he stepped out of the 1930s. Gordon has played with many jazz luminaries, including Dizzy Gillespie, Joe Henderson, Branford Marsalis,Lionel Hampton, Tommy Flanagan, and Shirley Horn. His musical colleagues call him "Pine Cone," since he grew up in the piney woods of Georgia.

It must have been this Ellington era quality that caught the ears of jazz educator Wynton Marsalis, who heard Gordon play while the trumpeter was giving a workshop at Gordon's alma mater, Florida A&M University. Their fortuitous meeting resulted in Gordon joining the Wynton Marsalis Septet, as well as the Lincoln Center Jazz Orchestra, in 1989. As a member of the illustrious band, Gordon contributed as both musician and composer. Gordon, who like Charles Mingus says he hears music in his head all the time, has managed to write some of it down, and then hear it performed all over the world by the Lincoln Center Jazz Orchestra. Whether they know it or not, National Public Radio fans are familiar with the musician's work: In 1993, Gordon composed the NPR theme song.

Gordon, an admirer of Louis Armstrong, J.J. Johnson, and Jack Teagarden, prefers the melodic approach to playing and composition. The listener can hear that on any of his outstanding recordings. His first outing was with fellow trombonist Ron Westray on their 1996 release, Bone Structure. More good things came with Slidin' Home, recorded in 1999. Joined by Victor Goines, Eric Reed, Rodney Whitaker, Herlin Riley, Milt Grayson, Joe Temperley, and Randy Sandke, Gordon really struts his stuff on this one, showing a wide range of influences from big band to gospel.

The Search, recorded in 2000, ranges as far and wide as the title suggests, and includes Gordon holding forth on the didgeridoo. Gordon, whose father was the pianist at the church the trumpeter grew up in, devotes himself to his gospel roots on The Gospel Truth, (2000). What You Dealin' With, (2001), continues in a jazz vein with original compositions and jazz standards. Gordon's 2002 release We may be his best yet, as the trombonist collaborates with pianist Eric Reed on jazz and gospel tunes.

Besides performing and educating at his own music school in his hometown of Augusta, GA, Gordon has another important project: writing the score for the Oscar Micheaux 1925 silent film, #Body and Soul. Paul Robeson starred in the movie about race, religion, and small town life in the South. Gordon drew upon his own Southern upbringing to produce music from the church, the bars, and the home, to be performed by the Lincoln Center Jazz Orchestra. Gordon has begun to evidence an interest in vocalizing, something which he says he plans to do increasingly. The results are sure to be top drawer, as the exuberant Wycliffe Gordon throws himself into things, body and soul. ~ Rose of Sharon Witmer, Rovi 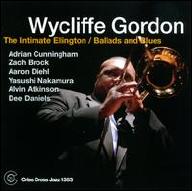 The Intimate Ellington: Ballads and Blues
2013 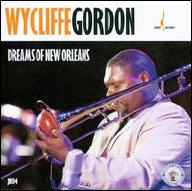 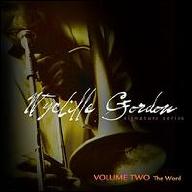 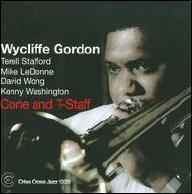 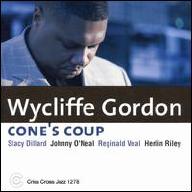 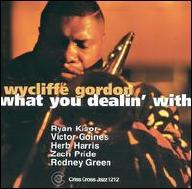 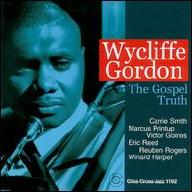 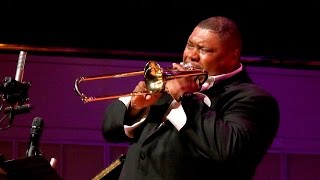 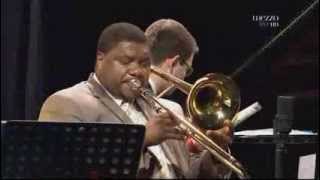 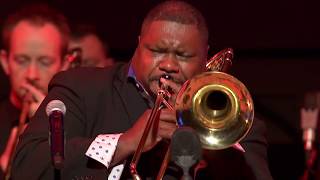 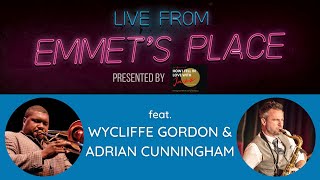 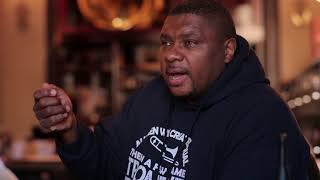 A NIGHT IN THE LIFE: Wycliffe Gordon 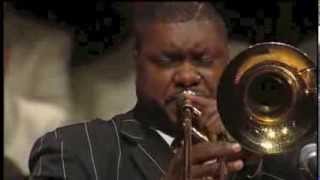 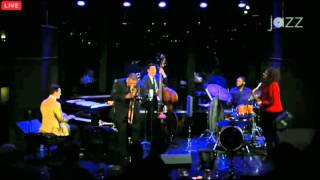