Close
Stephen Perkins
Biography
One of rock's most talented and skilled drummers, Stephen Perkins' tribal and powerful drumming style served as a main ingredient for the wide-ranging sound of alt-rock greats Jane's Addiction. Shortly after co-founding the group in the mid-'80s with singer Perry Farrell, bassist Eric Avery, and guitarist Dave Navarro (the latter of which Perkins was in a thrash metal band with previously), Jane's Addiction became the talk of the Los Angeles underground as their unpredictable and high-energy stage show, gender-bending look, and sonic mix of punk, funk, metal, jazz, and haunting ballads hit a nerve with a diverse rock crowd. Although the quartet only issued three albums during their original tenure together (1987's live self-titled debut, 1988's Nothing's Shocking, and 1990's Ritual de lo Habitual), they left an indelible impression on the rock world, helping to introduce alternative music to a wider audience and opening the doors for other bands that were soon to follow in their wake (Nirvana, Tool, etc.). After headlining the inaugural Lollapalooza tour in 1991 (which Farrell had organized), Jane's Addiction split up.

Perkins stuck with Farrell, however, as they enlisted bassist Martyn LeNoble and guitarist Peter DiStefano for their new project, Porno for Pyros. While the new outfit didn't match the success of its predecessor, the group issued two inspired and well-received albums -- 1993's self-titled release and 1996's Good God's Urge -- before breaking up as well. Perkins reunited with his former Jane's Addiction mates (sans Avery) for a pair of successful reunion tours in 1997 and 2001(which were preceded by a live/demo set, Kettle Whistle, which was compiled by Perkins). In addition to his Jane's Addiction duties, Perkins is a much in-demand session drummer (lending his talents to albums by Sheryl Crow, Jewel, Rage Against the Machine, No Doubt, Nine Inch Nails, and the Red Hot Chili Peppers), as well as indulging in the all-star experimental outfit Banyan with former Minutemen bassist Mike Watt . Banyan issued a pair of albums by the year 2001: 1997's self-titled debut and 1999's Anytime at All. Perkins was also a brief member of the funk metal outfit Infectious Grooves (playing on their 1991 debut The Plague That Makes Your Booty Move), manned the drum kit for Tommy Lee's Methods of Mayhem 2000 tour, and spends his spare time giving drum clinics and hosting music therapy classes for the physically disabled (and developing percussive instruments for his own company, Perkana Percussion). ~ Greg Prato, Rovi 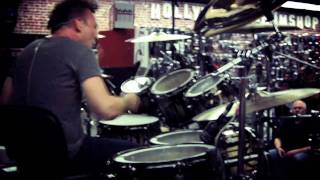 Stephen Perkins "Who Are You" at Guitar Center Sessions 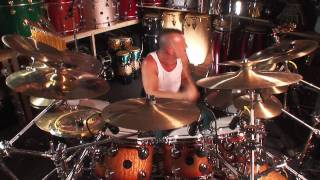 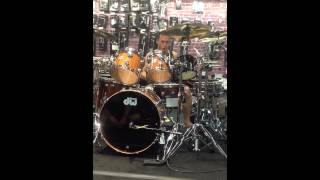 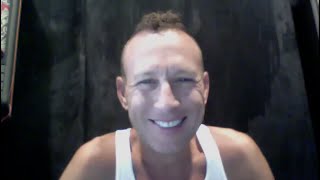 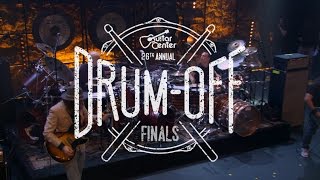 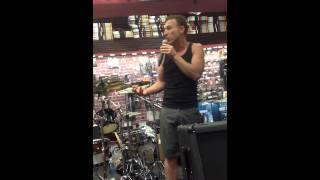