Close
Joe Osborn
from Mound, LA
August 28, 1937 - December 14, 2018 (age 81)
Biography
From the early '60s to the mid-'70s, Joe Osborn's buoyant, picked basslines could be heard on more than half the hit records made in Los Angeles, having appeared on over 200 Top 40 hits including 20 number one singles, as well as innumerable film and TV scores and jingles. The electric bassist also had the distinction of being the first to record a teenage Karen and Richard Carpenter in his four-track home recording studio after they tagged along with a trumpet player for a session.

Born in Mound, Louisiana, Osborn grew up in Shreveport and at age 12 started playing the family guitar; he learned to play by listening to the radio. Working in local gin joints led Osborn to recording several hits with singer Dale Hawkins (including 1957's "La-Do-Dada"). Joining up with the singer's brother Jerry Hawkins, Osborn trekked to Los Angeles. Finding himself stranded, Osborn contacted Bob Luhman, a country singer from Shreveport, who hired him for a year-long engagement at the Showboat Hotel in Las Vegas in 1959. Around this time, Luhman added a female vocalist who sang a lot of pop standards and whose chords Osborn didn't know, so he started playing electric bass guitar.

Back in Louisiana, Osborn returned to Los Angeles after being recommended to Rick Nelson. For the next four years, Osborn played bass on Nelson's hits and guested on The Ozzie and Harriet Show. Singer Johnny Rivers remembered Osborn from childhood and asked him to play on his hit albums and to help open the Whiskey-A-Go-Go in 1962. Osborn became an in-demand sideman for publishing demos with producers Bones Howe and Lou Adler, songwriters Jimmy Webb, Steve Barry, and P.F. Sloane, and Tommy Boyce and Bobby Hart. In 1963, while making a demo for Adler's Dunhill label, Osborn, drummer Hal Blaine, and keyboardist Larry Knechtel played together for the first time; they later became known as the Wrecking Crew.

For the next ten years, the Wrecking Crew were the leading rhythm section on the West Coast, playing on gold records by Glen Campbell, who played guitar on some sessions with Osborn, the Beach Boys, the Monkees, the 5th Dimension, the Partridge Family, the Mamas the Papas, and the Carpenters. He flew to New York to play on records by Simon Garfunkel, Bobby Sherman, Richard Harris, Barry McGuire, and countless TV and film soundtracks and commercials.

The Wrecking Crew were often called in to ghost for other bands including the Association, Gary Lewis the Playboys, America, Spanky Our Gang, and the Grass Roots.

In an effort to reduce his increasingly hectic schedule, Osborn began asking for double- and triple-scale, but this only seemed to put him more in demand. In 1974, after having suffered the mental and physical effects of doing over 20 sessions per week, a friend convinced Osborn to move to a Nashville-area farm where he adopted a slower schedule of occasional jingles and dates with artists such as his idol Chet Atkins, Eddie Rabbitt, Merle Haggard, Reba McEntire, Kenny Rogers, and Jimmy Buffett.

In 1990, when Nashville's Music City slipped into a recession, Osborn moved back to Louisiana to a Shreveport suburb where he recorded original songs on his four-track recorder and flew to Nashville, Dallas, and Los Angeles for an occasional record date. Osborn died in Greenwood, Louisiana on December 14, 2018. ~ Ed Hogan, Rovi 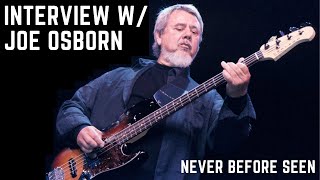 Joe Osborn - Behind the Scenes of the Wrecking Crew Sessions 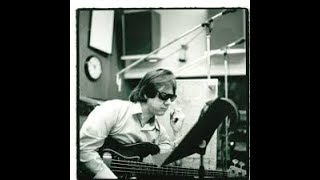 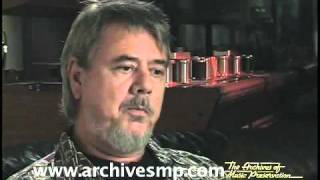 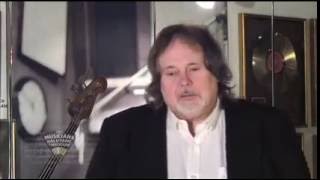 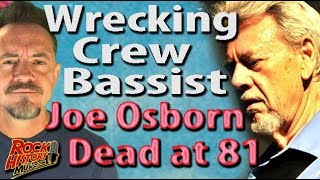 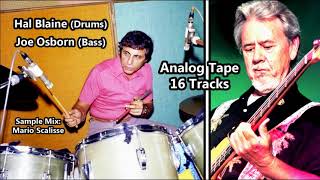 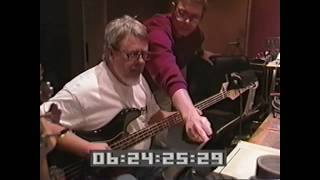