Close
Brinsley Schwarz
from England
formed October 1, 1969 - January 1, 1975 (age 5)
Biography
Pub rock, the English roots rock movement of the early '70s, would never have earned a cult following if it wasn't for Brinsley Schwarz. Initially, Brinsley Schwarz was a rambling, neo-psychedelic folk-rock band that borrowed heavily from Crosby, Stills Nash and the Grateful Dead. Following a disastrous publicity stunt to promote its debut album, the band went into seclusion outside of London and developed a laid-back, rootsy sound inspired by Eggs Over Easy, an American band that had been playing a mixture of originals and covers in English pubs. Following their conversion to pub rock, the Brinsleys ditched their pretensions of stardom and became a down to earth, self-effacing rock roll band. Between 1971 and 1974, Brinsley Schwarz toured England innumerable times, playing pubs across the country. Along the way, they established a circuit for similar bands like Dr. Feelgood and Ducks Deluxe to follow. Though the group was nominally guitarist Brinsley Schwarz's band, bassist/lead vocalist Nick Lowe provided the bulk of the group's songs. Lowe developed a distinctive songwriting voice -- conversational, melodic, offbeat, and funny -- and the band was infused with his skewed sense of humor. Despite strong reviews and a dedicated fan base, the Brinsleys never managed to escape cult status, yet they influenced a legion of other artists, creating an underground, back-to-basics movement that laid the foundation for punk rock.

Brinsley Schwarz didn't plan to start a grassroots movement -- the bandmembers wanted to be stars. Lowe and Schwarz had already spent several years in Kippington Lodge, a Tunbridge Wells-based guitar pop group that released five singles on Parlophone during the mid-'60s to no success. By 1968, the members of Kippington Lodge were beginning to feel restless with their straight-ahead pop/rock and were eager to explore psychedelia. Keyboardist Bob Andrews joined the band later that year and drummer Billy Rankin came aboard in the fall of 1969. By that time, Kippington Lodge had completely revamped its musical style, evolving into a folk-rock band with psychedelic pretensions and appropriately changing its name to Brinsley Schwarz after the group's lead guitarist. Ironically, it was around this time that Lowe became the band's lead singer and primary songwriter.

Within a few months, Brinsley Schwarz had come to the attention of Dave Robinson, a fledging rock roll manager who had founded the Famepushers Agency. Robinson developed a complex scheme to elevate Brinsley Schwarz to stardom. According to his plan, the Brinsleys would play an opening set for Van Morrison at the Fillmore East in New York in the spring of 1970, and he would fly all of the leading rock journalists to America to review the show. Late in 1969, Brinsley Schwarz signed a record contract with United Artists, and the band financed the publicity stunt with its advance. The group planned to leave a few days before the show in order to rehearse, but the Brinsleys were denied visas on a technicality. They were finally given visas on the morning of the show, and arrived in New York hours before the concert. Back in Britain, the journalists ran into trouble, as their plane developed a mechanical fault, delaying the flight for four hours. When the journalists arrived at the Fillmore 18 hours later, they were either drunk or hung over. When Brinsley Schwarz finally hit the stage, the band gave a competent but underwhelming performance, setting the stage for a flood of scathing reviews for both the concert and the eponymously titled debut album, which appeared weeks after the showcase.

Reeling from the Fillmore fiasco, the group rented a house outside of London and spent days and nights playing music. By the end of 1970, the Brinsleys released a second album, Despite It All, which indicated that they were evolving into a country-rock outfit; guitarist/vocalist Ian Gomm joined the band at the end of the sessions for the record. For much of 1971, Brinsley Schwarz rehearsed, developing a blend of country, folk, RB, and rock roll that was largely inspired by the Byrds, Van Morrison, and the Band, as well as Eggs Over Easy, which the group met at the Tally Ho pub in Kentish Town. Silver Pistol, released early in 1972, demonstrated a new versatility, but the group truly flexed its muscles in concert, particularly during regular concerts at the Tally Ho. Soon, they had built a small but loyal following, and a number of likeminded bands began playing the same circuit. Eventually, this grassroots phenomenon came to the attention of the U.K. press, which dubbed the groups' style as "pub rock" and proclaimed Brinsley Schwarz as the style's leaders.

Nervous on the Road, released in the fall of 1972, was Brinsley Schwarz's best-reviewed album to date, and while it didn't chart, it helped the group land an opening slot for Paul McCartney. Throughout 1973, the Brinsleys toured constantly, not only playing pubs, but also colleges. As a result, they weren't able to record frequently, which hurt their already weak recording career. In an attempt to land a hit, the band released a series of non-album singles, none of which charted; they were compiled for the Please Don't Ever Change album, which was released in late 1973. Early the following year, the group cut its fifth album with producer Dave Edmunds. Released in the summer of 1974, New Favourites of Brinsley Schwarz was more polished than the band's previous albums, yet the record failed to generate any sales. The group continued for nearly another year, turning out a handful of singles under other names, before deciding to call it a day in the spring of 1975. Following the band's demise, Schwarz and Andrews became members of Graham Parker's backing band, the Rumour. Gomm pursued a solo career; Rankin played with Terraplane and Big Jim Sullivan's Tiger before retiring from music. Lowe became a successful solo artist and producer, scoring his biggest hit in 1980 with Cruel to Be Kind, a Brinsley leftover that the band never recorded. ~ Stephen Thomas Erlewine, Rovi 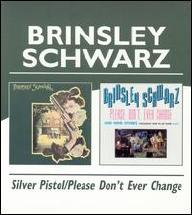 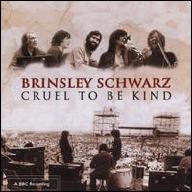 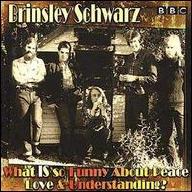 What Is So Funny About Peace Love And Understanding
2001 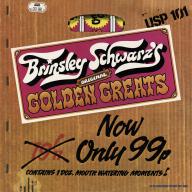 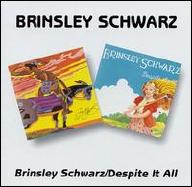 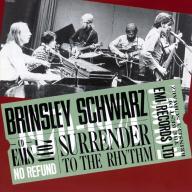 Surrender to the Rhythm
1991
Videos
Close 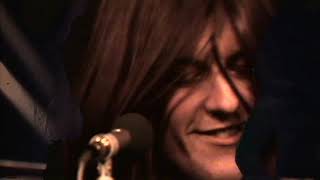 Brinsley Schwarz - Ballad Of A Has Been Beauty Queen (1970) 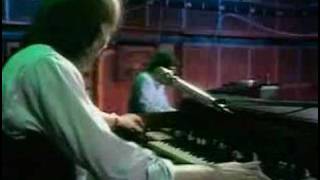 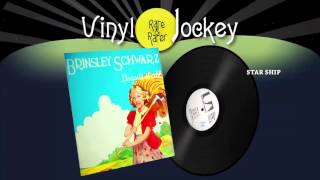 DESPITE IT ALL - BRINSLEY SCHWARZ - FULL ALBUM 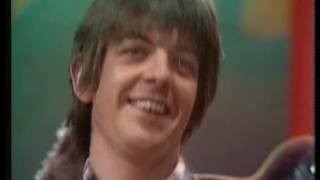 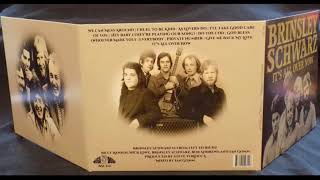 Brinsley Schwarz - Cruel To Be Kind 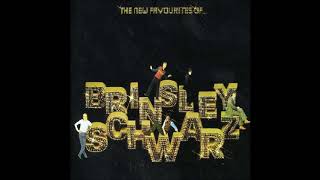