Close
The Wolverines
Biography
The Wolverines Orchestra (sometimes referred to as "The Original Wolverines") was the premier Midwestern territory jazz band of the mid-'20s, and is remembered primarily as the group in which jazz legend Bix Beiderbecke generally became known to audiences. Although over time the orchestra changed hands, leaders, and its entire personnel, there was a Wolverines Orchestra active in the American Midwest through 1931, and a continuous thread can be drawn forward from the group that featured Beiderbecke through all the other ensembles up to that date. The same cannot be said for the many, many traditional-style jazz bands worldwide that have used the tag "Wolverines" as part of their name after 1931.

According to Dick Sudhalter, the Wolverine Orchestra got its start at the Stockton Club on Route 4, eight miles south of Hamilton, Ohio in September of 1923. This was a mob-owned roadhouse, and the players in the Stockton Club group were imported from Chicago, led by pianist (and composer of the hit song Angry) Dudley Mecum. When the lead cornet dropped out of the band, clarinetist Jimmy Hartwell sent to Chicago for his friend Bix Beiderbecke to fill the vacant position. The resulting group proved an excellent "hot" jazz band, but was made up of poor readers. As a result, they had a tough time working out the straight waltzes, polkas, and tangos that were also expected to be part of their repertoire. Mecum finally quit in frustration by the end of 1923, but not before unwittingly giving the band its name; they played Jelly Roll Morton's tune Wolverine Blues so often that Mecum once quipped "why don't you guys just call yourselves the Wolverine Band?" Early on in their history, the Wolverine Orchestra had a cloth herald made which they used in publicity photos -- it reads "Chicago." Although the musicians were from Chicago, the band was originally from Hamilton, and ironically they would never play the city of Chicago with Beiderbecke as a member.

Mecum's place was taken by pianist Dick Voynow, who traveled from St. Louis in order to join the newly dubbed Wolverines. After the Stockton Club was closed following a brawl by rival gangs during a New Year's Eve party, the Wolverines were hired to play at Doyle's Dance Studio in downtown Cincinnati. This engagement lasted a full three months and helped to significantly to establish Bix Beiderbecke as a rising star in jazz. Music fans among the primarily German population in the city began to pack Doyle's just to listen in amazement to the young hot player who had the unmistakably German name. Word spread, and musicians came from miles around to hear Beiderbecke, among them the 17-year-old hot trumpet player from the local Chubb-Steinberg Orchestra of Cincinnati, Wild Bill Davison. On February 18, 1924, the Wolverines traveled to nearby Richmond, Indiana to make their first records for Gennett. Two titles of four survive from this first session, Jazz Me Blues and Fidgety Feet. As they represent the earliest opportunity to hear Bix Beiderbecke, these are among the most closely scrutinized records in jazz, with most observers finding that Beiderbecke's signature devices -- staying in the center register of the horn but leaping out at high notes, tight construction of solos, and non-harmonic passing tones -- were already in place by the time of the 21-year-old cornetist's recording debut.

At this point, in addition to Beiderbecke, Voynow, and Hartwell, the Wolverines were made up of Min Leibrook on tuba, George Johnson on tenor sax, Bob Gillette on tuba, Al Gande on trombone, and Vic Moore on drums. When Hartwell learned by way of his friend Hoagy Carmichael that there was a possibility of playing some dates on the campus of Indiana University in Bloomington, the Wolverines were game for a change of scene. But the owner of Doyle's Dance Studio was not so keen on their departure, and had taken to locking up their instruments at night in order to keep the Wolverines in Cincinnati. Finally, one night the Wolverines snuck out of town, loading the instruments into a side alley through a second floor window. Gande decided not to take the trip, and the Wolverines did not replace him. They traveled to Bloomington to discover there was no gig after all. They made their way back to Hamilton and found themselves unemployed.

But the demand for their services did not fizzle, and bandleader Bernie Cummins was able to find dates for the Wolverines playing college dances throughout Ohio and Indiana, and ultimately in Bloomington itself. They were a huge hit at IU, and went from there back to Richmond for more recording on May 6. At this date, the Wolverines recorded Copenhagen, a tune given to them by Indianapolis bandleader Charlie Davis, and Riverboat Shuffle, another gift from Bloomington-based friend and aspiring musician Hoagy Carmichael. Both of these sides are considered textbook examples of early jazz. The Wolverines did not return to Gennett until June 20, and in the meantime had been struggling to obtain gigs. In came drummerVic Berton, who joined just prior the Wolverines' third Gennett date, with Vic Moore taking a voluntary leave from the band until the end of the summer. Berton drummed with the band and booked them, sometimes rather self-servingly as "Vic Berton and his Wolverine Orchestra." During this time, it is said that trumpeter Red Nichols, en route to Chicago, pulled off onto a series of Indiana dirt roads just to take in the Wolverines in some small locality. By the end of the summer however, even Berton was out of engagements, and Vic Moore was called back into the group.

Min Leibrook managed to get them booked into the Roseland Ballroom in New York City, and the Wolverines opened there on Labor Day of 1924. They were a smash, capitalizing on the Charleston craze then sweeping the Eastern seaboard. They also resumed recording for Gennett's New York studio, waxing dates on September 16 and October 7. But by the end of the month, the Wolverines learned that the manager of the Roseland intended to drop them by the end of November. Beiderbecke had lately been courted by Detroit-based bandleader Jean Goldkette, and would duck out of the Wolverines by the end of October in order to join Goldkette. By this time, the Wolverines had memorized 85 "hot" numbers and knew 25 pop tunes in addition to that. In the end, Beiderbecke made a total of 13 recoverable recordings with the Wolverines, 11 titles with two alternates, and even after the turn of the 21st century these are still some of the most famous recordings in early jazz.

But the Wolverines were hardly off the hook; they were booked for another Gennett session in December and then afterwards were slated to play a stand in Palm Beach, Florida. They were forced to replace their star in short order, and ultimately did so with 17-year-old Austin High School veteran Jimmy McPartland, who helped them fulfill both obligations.

Up to this point, the Wolverine Orchestra is among the most scrupulously documented of early jazz bands, but afterwards relatively little is known about them. In 1925, Dick Voynow sold the name "Wolverine Orchestra" to Chicago-based promoter Husk O'Hare, who had previously run an organization called the Husk O'Hare Super Orchestra of Chicago. He adapted the band name into Husk O'Hare's Original Wolverines, and actually used it for several different units touring under the name in the late '20s. O'Hare's Wolverines were actually early big bands numbering 12 or 13 men. One frequently reproduced 1925 photo, often misidentified as being of the "Austin High Gang," is really a shot of Husk O'Hare's Wolverines. The presence of Jimmy McPartland in the group indicates that some of the original Wolverines personnel did hold over into the new band for a time. The O'Hare edition of the Wolverines were very popular in the Midwest and played such high-profile events as the Cincinnati Auto Show in October 1927, where they were broadcast over WLW. However, the group made only one two-sided recording for Vocalion in January 1928, which has been anthologized a number of times, although experts cannot agree on the personnel for this date outside of the obvious presence of clarinetist Turk Savage. 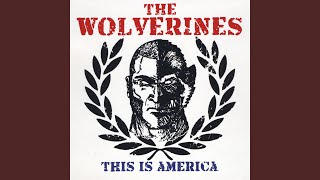 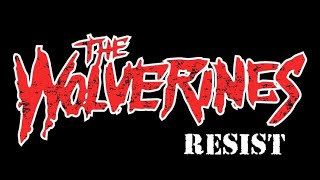 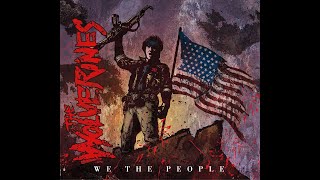 The Wolverines - Our Pride 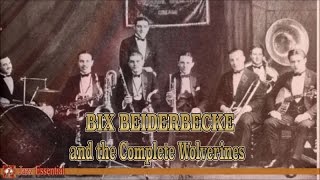 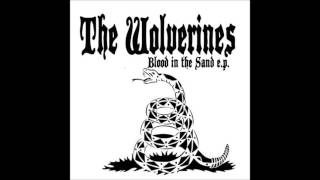 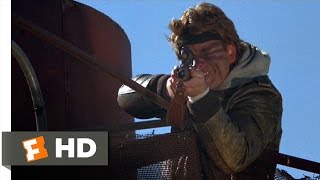 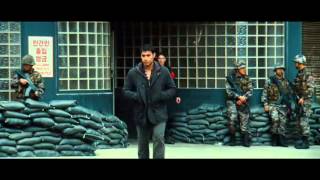