Close
Simon Shaheen
from Tarshiha, Galilee
January 1, 1955 (age 66)
Biography
Simon Shaheen has established himself as a virtuoso on not one, but two instruments -- the violin and the oud, a Middle Eastern precursor of the lute. In addition to being a master player, he's also a renowned composer of Arabic and Western music and a teacher who has done a great deal to foster Arabic music in the West. Born in 1955 in Tarshiha, Galilee, music surrounded him from the start, as his father Hikmet Shaheen taught and composed Arabic music as well as played the oud. At the age of five, Shaheen began learning the oud, and a year later picked up the violin. "I just picked up on the instruments and they felt like an extension of me," he recalled. "With the oud I watched my father, I grew musically with him. That was the greatest school for me. Not necessarily that he taught me lessons, just living and playing with him." Enrolled at the Conservatory for Western Classical Music, he began what would turn out to be many years of study. He moved on to the Academy of Music in Jerusalem, graduating from there in 1977 at the age of 23.

The institution appointed him an instructor of Arabic Music, but Shaheen wanted to travel -- and there was no shortage of offers, as schools around the world wanted him for graduate studies. He settled on New York, where he had a choice of two places -- Juilliard or the Manhattan School of Music. He picked the latter, then finished up his graduate work in music education and musicology at Columbia. In 1982, having seen that the prevailing image of Arabic and Middle Eastern music in America was that of the belly dancing stereotype, he formed the Near Eastern Music Ensemble, a group dedicated to performing traditional Arabic music, and which performed in concerts and workshops ranging from elementary schools to such prestigious universities as Harvard and M.I.T. Shaheen's career as a solo artist also blossomed, seeing him perform at major venues around the world from Carnegie Hall to Le Palais des Arts in Brussels.

However, it wasn't until the '90s that he began recording, although he had scored music for films The Sheltering Sky and Malcolm X. His first disc, Taqasim, was a Middle East-fest, where Shaheen exercised his fleet fingers in extended improvisations with Lebanese buzuq player Ali Jihad Racy. He collaborated with producer Bill Laswell on the album Hallucination Engine by fusion project Material, although he wasn't happy with the outcome. However, he and Laswell did work together on other records, including The Music of Mohamed Abdel Wahab, where Shaheen interpreted compositions by the famed Egyptian, and Turath, where Shaheen's remarkable oud skills got a workout. The more meditative Saltanah found him working with Indian player Vishwa Mohan Bhatt on a series of Shaheen compositions that offered examples of the range of his writing, which had moved far beyond the Arab world to include Western classical and jazz. But he'd already received compositional grants from the National Endowment for the Arts and a number of foundations. In 1994, Shaheen began the Annual Arab Festival of the Arts in New York, intended to showcase the top Arabic musical talent, and three years later he founded the Annual Arabic Music Retreat, held at Mount Holyoke College, a weeklong series of lectures, workshops, and performances.

He began the band Qantara in 1995. The group, whose name translates as "arch," was intended to be his vehicle to explore the fusion of musics, from Arabic to jazz to classical in a free and open place. Their first recording came when they contributed two tracks to The Two Tenors album, recorded live in Las Vegas. Shaheen also acted as musical director for the orchestras accompanying singers Wadi Al-Safi and Sabah Fakhri. In 2000 Shaheen became the one of the first Arabs to appear on the Grammy Awards, conducting the orchestra while Sting and Algerian Cheb Mami duetted on their hit Desert Rose. Late in 2000 Qantara began recording their debut disc, set for release in 2001, and Shaheen started work on a commission to compose a Western classical piece for the Philadelphia Symphony Orchestra. ~ Chris Nickson, Rovi 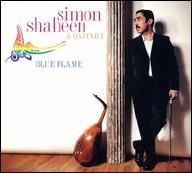 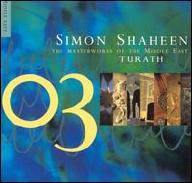 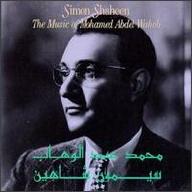 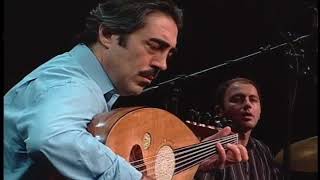 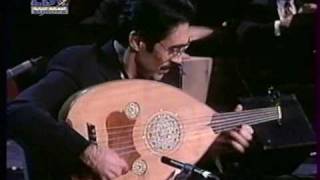 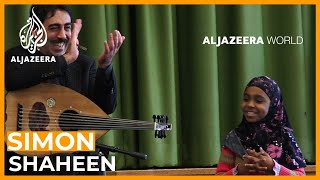 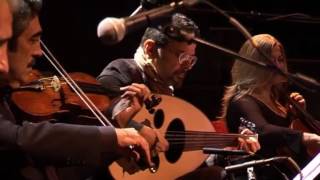 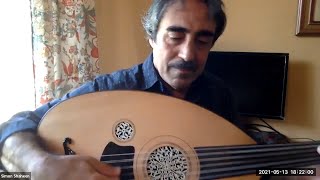 WMI PLUS At Home with Simon Shaheen and Wanees Zarour 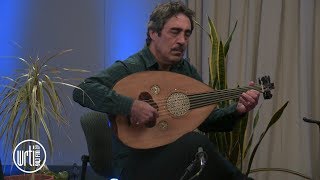 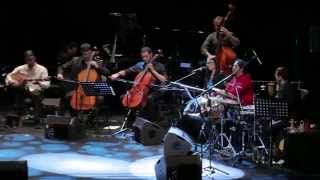