Close
Tim O'Brien
from Wheeling, WV
March 16, 1954 (age 67)
Biography
Tim O'Brien is one of the spearheads of contemporary bluegrass. As co-founder and lead vocalist of Hot Rize (and their comic alter ego Red Knuckles the Trailblazers), the Grammy-winning singer, songwriter, and multi-instrumentalist served as a bridge between the traditional sounds of the hill country and the modern styles of bluegrass in the 1980s. In addition to his group work, which also includes Newgrange and the Earls of Leicester, O'Brien has continued to expand the music's borders as a soloist, a producer, and as a duo partner with his sister Mollie. O'Brien's songs have additionally been recorded by Kathy Mattea, the Seldom Scene, New Grass Revival, and the Johnson Mountain Boys. The guitarist's deft picking has set a standard for the instrument's role in bluegrass, and in the 2010s he expanded his boundaries by forming the Tim O'Brien Band, who soared to the top of the bluegrass charts in 2019 with their eponymous debut.

O'Brien's earliest memories of music are the Benny Goodman and Glenn Miller records favored by his parents and the Lawrence Welk recordings played by a Polish housekeeper. A turning point came when he began listening to a weekly country music radio show, The Saturday Night Jamboree. Finding that the show was broadcast from a local theater, he became a frequent audience member and saw performances by Jerry Lee Lewis, Buck Owens, Merle Haggard, and Roger Miller.

Acquiring his first guitar at the age of 12, O'Brien took to the instrument almost immediately. Although he played with numerous high school rock bands, he was steered toward country music and bluegrass by Roger Bland, a banjo-playing patient of a girlfriend's father. A former member of Lester Flatt's band, Bland taught O'Brien to play in the three-finger style of Earl Scruggs. O'Brien had earlier discovered that his father had played mandolin banjo in college, and although he no longer played the instrument, O'Brien bought new strings and learned a few rudimentary techniques. While attending Colby College in Maine, he began to play mandolin.

Leaving college after a year, O'Brien headed to Wyoming and then to Colorado. Before long, he temporarily hooked up with a jug outfit, Ophelia's String Band. Meeting future Hot Rize bandmates Pete Wernick and Charles Sawtelle, O'Brien formed a bluegrass band, the Drifting Ramblers. Nick Forster, a guitar repairman at the Denver Folklore Center, soon joined the group as well. The band, however, soon drifted apart with O'Brien and Wernick going on to record solo albums. Assembling a new group to help promote the solo recordings, O'Brien, Wernick, Sawtelle, and Forster launched Hot Rize. The band remained together for 12 years. Although their initial sound was very traditional, Hot Rize continued to evolve in a more progressive direction. A popular highlight of the band's performances came when the four musicians left the stage, changed their clothes, and re-emerged as the Western honky tonk group Red Knuckles the Trailblazers. The gag continued with the band recording several albums under their own name.

In addition to his work with these aforementioned bands, O'Brien joined his sister, Mollie, to record an album of old-timey country songs, 1988's Take Me Back. The two collaborated on several other albums. While performing at the Summerlights Festival in Nashville, he also met country music songstress Kathy Mattea. When Mattea subsequently had hits with her covers of his songs "Untold Stories" and "Walk the Way the Wind Blows," O'Brien announced that he was leaving Hot Rize to seek his fortunes as a songwriter.

Although he initially signed as a solo performer with RCA, the contract was doomed, and the label turned down his first album attempt before dropping him from their roster. He went on to sign with bluegrass label Sugar Hill. The O'Boys were formed to help promote O'Brien's solo album, Odd Man In, in 1991. Although Forster was an original member, he left the group to host the National Public Radio show E-Town and was replaced by Scott Nygaard.

O'Brien continued releasing solo material through the '90s and into the following decade, including an album of Bob Dylan covers (Red on Blonde), the Grammy-winning Fiddler's Green, and the intimate, stripped-down Chameleon. He expanded his audience with each record, and by the 2010s he was a fixture on Billboard's bluegrass chart. In 2012, he teamed up with Darrell Scott for a live duet album called We're Usually a Lot Better Than This, which received a sequel called Memories Moments in 2013. O'Brien returned to solo recordings in 2015 with Pompadour, his first record for Howdy Skies. He followed this album with Where the River Meets the Road in 2017. O'Brien next formed a fresh ensemble in which he was joined by bassist Mike Bub, fiddler Shad Cobb, banjo and guitar player Patrick Sauber, guitarist Bryan Sutton, and vocalist and mandolin player Jan Fabricius. He called the group the Tim O'Brien Band and their self-titled debut album was issued by Howdy Skies Records in March 2019 and reached number one on the Billboard bluegrass charts. ~ Craig Harris, Rovi 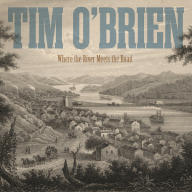 Where the River Meets the Road
2017 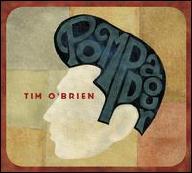 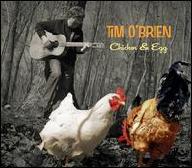 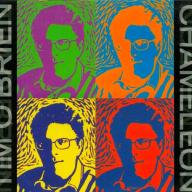 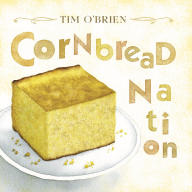 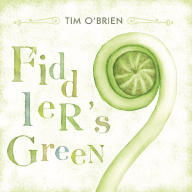 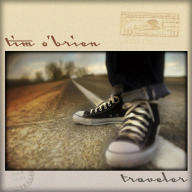 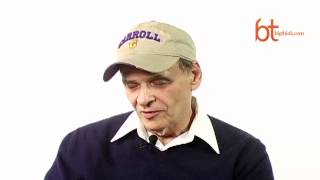 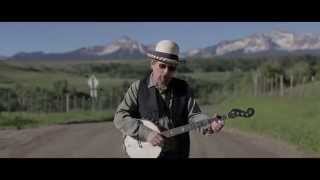 Tim O'Brien - "You Were on My Mind" // The Bluegrass Situation 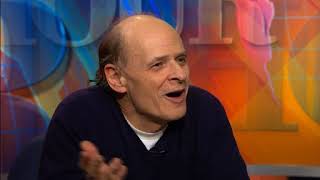 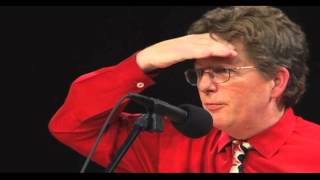 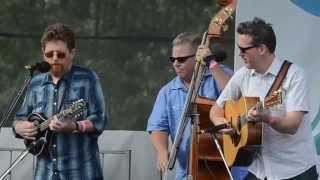 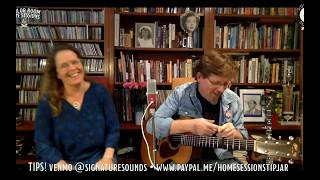 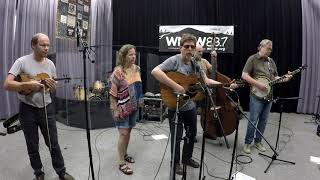