Close
Pete Anderson
from Detroit, MI
January 1, 1956 (age 64)
Biography
Pete Anderson was born in Detroit, and grew up to become the creative partner of one of the most significant country artists of the 1980s, Dwight Yoakam. An only child, Anderson's earliest musical memories revolve around the country western music his father listened to and seeing Elvis on television. The sudden death of his father left the young prodigy to be raised by his mother, who also worked full-time in one of the Motor City's factories.

A natural athlete, Anderson vacillated between sports and music. His first instrument was a Hawaiian guitar, which he promptly knocked out of tune on a regular basis after imitating Elvis for the neighborhood kids who loved to watch him perform. Still, he chose to participate in sports rather than spend his time practicing the guitar. But, as a teenager, the music began to be more meaningful and Anderson joined several bands, including a jug band called the B-52 Blues when he was 17.

After high school, Anderson traveled the U.S. by bus, went to art school, and got married. Shortly thereafter, his then-wife gave birth to a son. Working in the factories, parenting, and playing music filled his life. Gigging around Detroit provided a solid education in the blues. Muddy Waters became the young father's hero. Still, he knew there was more to life than playing in bands in his hometown. As the marriage floundered, Anderson made up his mind to pursue his music at the next level. When his mother finally retired, she moved to Arizona, where the weather was not as severe as what she had known in Detroit. Both father and son followed, and Anderson worked his way up the hierarchy of the Phoenix music scene. Again, he knew that this was not his ultimate destination. With his son in the care of his ex-wife and his mother basking in the southwestern sunshine, Pete Anderson packed up and headed for California, and more specifically, L.A., in May of 1972.

A blues and rock player of some skill, the aggressive guitarist quickly made a name for himself. Wanting to record as much as play live gigs, the future producer honed his studio skills by making tapes and arranging songs. Working with various outfits, he was an important part of Hollywood Gumbo, which broke up on the road somewhere in Canada. He eventually found that he could actually make a living playing the country music that had meant so much to his father. Developing his own rapid-fire style, Anderson was a working musician at night and painting houses when necessary during the daylight hours. His son and ex-wife came west and the small family tried to make a go of it one more time.

It was during this period that Boo Bernstein introduced Anderson to Dwight Yoakam, a struggling, skinny kid from Ohio who had a knack for writing real country songs. Needing a guitar player for a gig at the Cowboy in Orange County, Yoakam remembered Anderson and asked him to do the date with him. That was the start of a partnership that resulted in numerous platinum records, sold-out tours, and some fine music in the Bakersfield and hillbilly traditions. Anderson became known as a top-flight producer who could get the job done. Working not only in country but also in other genres, he was responsible for some outstanding projects by Rosie Flores, Michelle Shocked, the Meat Puppets, the Backsliders, the Lonesome Strangers, and Thelonious Monster. He and Dusty Wakeman were responsible for Vol. 1 and Vol. 2 of the A Town South of Bakersfield compilations, a mid-'80s landmark that resulted in a resurgence of interest in the West Coast country scene and the Bakersfield sound.

In 1993, along with Wakeman, Anderson joined Barbara Hein, a longtime Capitol Records executive with a history in the music business, and engineer Michael Dumas to form Little Dog Records. Recording his first solo CD on his own label in 1995, Anderson placed himself on the road in support of Working Class, a country-blues-rock-roots music extravaganza produced by Wakeman. While continuing to work with Yoakam, being the president of a record label opened new worlds for Anderson. Signing artists that he and his partners believed in gave Anderson the creative freedom he craved. Having to be part businessman and part artist was a difficult part to play every day, but Anderson proved he was up to the challenge when he negotiated a distribution deal with Polygram in 1996. Anderson stuck with Wakeman for his second release, 1997's Dogs in Heaven.

Anderson returned in 2004 with the all-instrumental Daredevil, which featured such musicians as multi-instrumentalist Skip Edwards and trumpeter Lee Thornberg, among others. The blues-rock-inflected Even Things Up followed in 2009. In 2011, Anderson delivered Sentimental, featuring his rootsy take on many classic and lesser-played country and pop tunes. ~ Jana Pendragon, Rovi 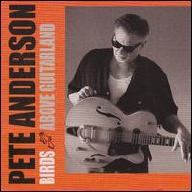 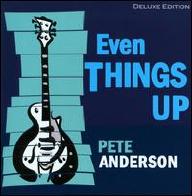 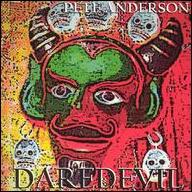 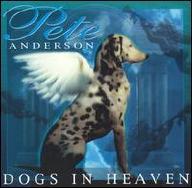 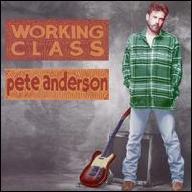 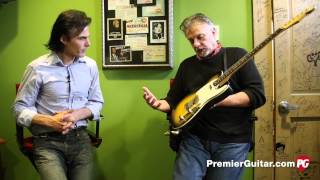 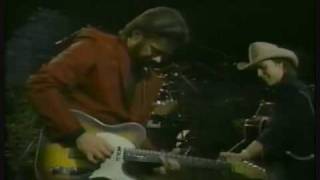 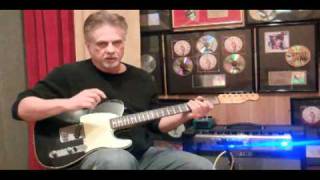 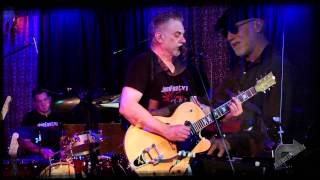 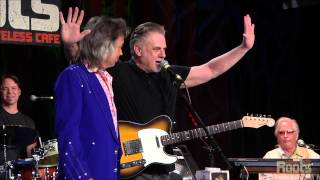 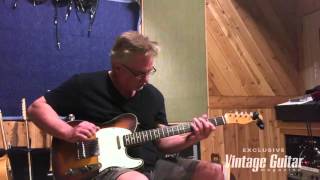 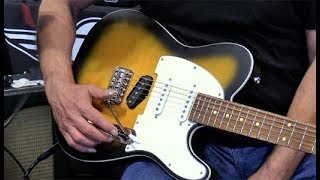