Close
Laura Nyro
from New York, NY [The Bronx]
October 18, 1947 - April 8, 1997 (age 49)
Biography
During the singer/songwriter movement in the late '60s and early '70s, Laura Nyro was one of the most celebrated tunesmiths of her day, penning soulful, literate songs that took the folky introspection of her peers and infused it with elements of soul, R&B, jazz, and gospel, giving them an emotional heat that set her apart. Nyro was a well-respected recording artist, whose confident piano work and rich, expressive vocals made albums like 1968's Eli and the Thirteenth Confession and 1969's New York Tendaberry classics, and she demonstrated how powerfully classic R&B and girl group material had influenced her on the all-covers set Gonna Take a Miracle, recorded in tandem with Labelle. However, while she made great records, Nyro's passionate style was considered too idiosyncratic for the Top 40, and her songs were better known in versions recorded by other artists; the 5th Dimension, Three Dog Night, Barbra Streisand, Blood, Sweat Tears, and Peter, Paul Mary all scored hit singles with her material. Nyro's frustrations with her lack of success as a performer, coupled with her desire to maintain her privacy, led to her periodically retiring from recording and performing, but latter-day efforts like 1984's Mother's Spiritual and 1993's Walk the Dog and Light the Light revealed she was still a compelling singer and pianist, while her social, political, and environmental concerns pushed her lyrics in new directions.

Laura Nyro was born Laura Nigro on October 18, 1947 in the Bronx section of New York City. Her father Louis Nigro was a jazz trumpet player who also tuned pianos, while her mother Gilda Nigro (born Gilda Mirsky) was a bookkeeper. By her own admission, Laura was not an especially happy child, and she retreated into music and poetry, teaching herself to play piano and soaking up the influences of her mother's favorite singers, among them Nina Simone, Billie Holiday, Judy Garland, and Leontyne Price. By the time she was eight years old, Laura had started writing songs, and she would later attend the Manhattan High School of Music & Art, where developed a greater appreciation for folk and jazz styles. (Laura would also attend meetings at the New York Society for Ethical Culture, citing the latter as a major influence on her progressive political views.) In her teens, Laura would enjoy the sounds of the harmony groups who would gather at parties and on street corners, and developed a special fondness for girl group sounds, soul, and the great songs that came out of the Brill Building.

In 1966, Artie Mogull, a veteran A&R man and music publisher, hired Louis Nigro to tune the piano in his office, and Louis persuaded Artie to listen to his daughter sing her songs. The next day, Laura sang "Wedding Bell Blues," "And When I Die," and "Stoney End" for Mogull, and he quickly signed her to a publishing deal, while Mogull and his business partner Paul Barry became her managers. Laura had been using a variety of assumed names for her music at that point, and she settled on Laura Nyro as her professional handle once she turned professional. Nyro's new managers got her gigs at the famous San Francisco night club the Hungry i, as well as the groundbreaking 1969 Monterey Pop Festival, and that same year, she released her first album, More Than a New Discovery, on Verve-Folkways Records. Sales were modest, but Peter, Paul Mary scored a hit with their version of "And When I Die," and Nyro's career began to take off.

David Geffen took over Nyro's management, successfully suing to void her previous contracts as they were signed when she was under 18. With Geffen's help, Nyro established her own publishing company and signed a new record deal with Columbia Records. Nyro's first album for the label, 1968's Eli and the Thirteenth Confession, was a more personal and sophisticated effort than her debut, in both songs and arrangements, and it received enthusiastic reviews in the rock press. Sales were good, though not up to the level of her critical acclaim, and the same was true for 1969's New York Tendaberry. However, Nyro was increasingly well regarded as a songwriter; the 5th Dimension had scored major chart hits with their versions of "Stoned Soul Picnic," "Sweet Blindness," "Wedding Bell Blues," and "Blowing Away," and Blood, Sweat Tears hit the charts with "And When I Die," which drew discerning listeners to her original recordings of the songs. By the time Christmas and the Beads of Sweat was released in 1970 (which produced Nyro's only Top 100 single, a cover of "Up on the Roof"), she had sold her increasingly lucrative publishing company for $4.5 million, as more hits continued to flow from her pen; "Eli's Coming" was recorded by Three Dog Night to great success, and Barbra Streisand's album Stoney End featured three of Nyro's songs (and Streisand's version of the title track bore no small resemblance to the original recording on More Than a New Discovery).

In 1971, Nyro released Gonna Take a Miracle, in which she covered a handful of soul and R&B tunes she loved in her teenage years, with the vocal group Labelle helping her re-create the girl group harmonies of the originals. Later in the year, Nyro married and announced her retirement as she found herself at odds with her growing celebrity and embraced small town life. 1973 saw Columbia reissue More Than a New Discovery in a revised edition titled The First Songs. By 1976, Nyro had divorced, and she returned to the recording studio to cut the album Smile, which reflected a more relaxed, jazzy sound and a greater interest in Eastern philosophical and spiritual concerns. While most of Nyro's live performances had found her accompanied only by her own piano, she assembled a band to tour in support of Smile, and the concerts produced her first live album, 1977's Seasons of Light. The album was originally intended to be released as a two-LP set, but Columbia opted to edit it down to a single disc; the songs that were cut were later restored for a 2008 CD reissue. Nyro's next album, 1978's Nested, was recorded as she was expecting her first child, and while she played a few shows following its release, after she gave birth Nyro once again walked away from the spotlight to devote herself to her family.

It wasn't until 1984 that Nyro delivered another album, Mother's Spiritual, a lighter and more folk-oriented set that often reflected her views on feminism, the environment, and parenthood. Four years later, Columbia Records was eager for Nyro to record a new studio album, but she preferred to go out on tour with a band in tow. Columbia had no interest in releasing a live album from the tour, and 1989's Laura: Live at the Bottom Line, which included five new songs, was instead released by the AM-distributed Cypress Records. (One of the songs, "Broken Rainbow," was written for an Oscar-winning documentary on the forced relocation of a Native American reservation in 1983.) From the late '80s onward, Nyro toured frequently, but it would be 1993 before she released another studio album, Walk the Dog Light the Light (issued by Columbia), in which she added animal rights to the list of causes she supported in song. In 1994, Nyro would begin work on another album, but progress on the project came to a halt when she was diagnosed with ovarian cancer. Nyro worked with Columbia Records to compile 1997's Stoned Soul Picnic: The Best of Laura Nyro, a two-disc career spanning anthology of her recordings. It turned out to be her swan song, as cancer claimed her on April 8, 1997.

In 2001, the unreleased studio recordings from 1994 and 1995 were issued by Rounder Records in a collection titled Angel in the Dark, while Christmas shows from New York's Bottom Line club from 1993 and 1994 were collected on the live release The Loom's Desire in 2002. 2004's Spread Your Wings and Fly: Live at the Fillmore East was another archival release that gave belated release to a concert recorded in New York in 1971. In 2017, Real Gone Music reissued the monophonic mix of Eli and the Thirteenth Confession and the original sequence of More Than a New Discovery in a package titled A Little Magic, A Little Kindness: The Complete Mono Albums Collection. ~ Mark Deming, Rovi 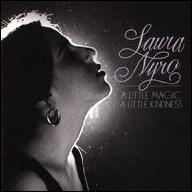 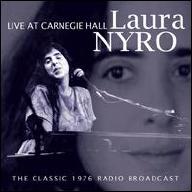 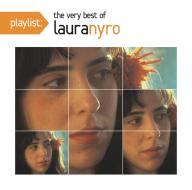 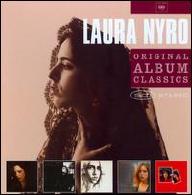 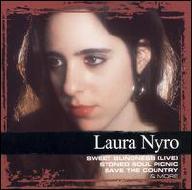 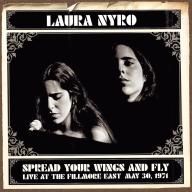 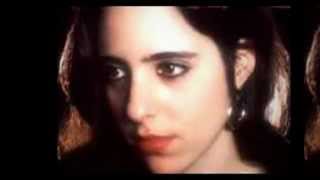 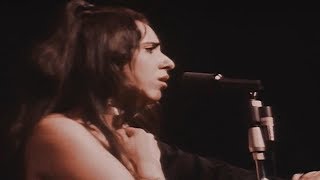 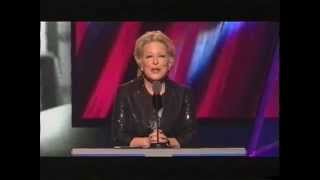 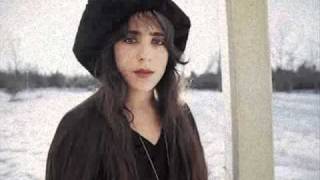 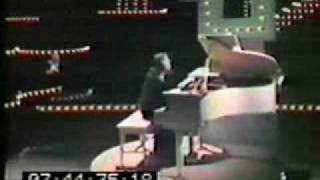 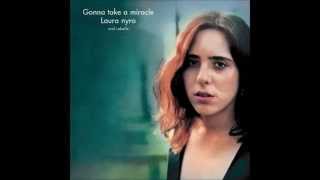 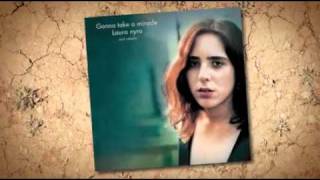