Close
Tisziji Muñoz
from Brooklyn, NY
July 15, 1946 (age 75)
Biography
Tisziji Muñoz is known both as a guitarist given to lyrical bursts of free improvisation, and an advanced spiritual practitioner whose yogic philosophy has generated unqualified praise from artists along the lines of Pharoah Sanders, Rashied Ali, Marilyn Crispell, Henry Kaiser, and Bob Rakalam Moses. The guitar technique that characterizes Muñoz at his most inspired suggests elements in common with Carlos Santana, John McLaughlin, and Sonny Sharrock. Born in Brooklyn on July 15, 1946, Muñoz began drumming at the age of three, and during adolescence was active among musicians associated with Mongo Santamaria. His earliest stringed instrument was a ukulele. In 1959, Muñoz co-founded an interracial doo wop group billed as the Arrogants. This vocal harmony quintet, whose other members were Sal Giarraffa, Franky Ayala, Marshall Rivera, and Augie Miuzzo, sang on the streets or in dance halls and waxed the first of their three issued 45 rpm singles in 1960. Two years later, the Arrogants hit the West Coast to record "Canadian Sunset" b/w "Mirror Mirror," with instrumental backing by the Mar-Keys. The Arrogants continued to perform together through 1965. Muñoz served in the U.S. Army as a drummer in the 440th General's Band, was honorably discharged in 1969, and landed in Toronto where he was active in that community's creative music environment. He performed as a guitarist in the musicals Hair and Godspell and struck up a lasting friendship with keyboardist Paul Shaffer, who became known in mainstream American culture as the musical director for television's Late Night with David Letterman.

In the mid-‘70s, Muñoz moved to New York and began a six-year collaborative relationship with Pharoah Sanders; he was heard on the saxophonist's India Navigation LP Pharoah which appeared in 1977. Rendezvous with Now, the first album released under Muñoz's name, came out on India Navigation in 1978. By 1984, he was living in Schenectady where he founded Anami Music Productions as well as a spiritual learning institution known as The Illumination Society. Since the early ‘90s, he has worked extensively with bassist Don Pate. Further recorded collaborations with Pharoah Sanders include Spirit World (released by Harmonia Mundi in 2000) and Divine Radiance, a powerful album recorded during the immediate aftermath of the World Trade Center disaster in 2001 and released by Dreyfus in 2003. Muñoz's recordings with Pharoah, Rashied Ali, Ravi Coltrane, and Marilyn Crispell constitute some of his best efforts. He is a practitioner of Surat Shabda Yoga, a discipline directly based in the cosmology of sound currents and the sublimity of silence within the eternal present moment. He has adopted the slogan "not entertainment, inner-attainment." His prosaic poetic manner of expressing ideas seems at times almost akin to the writings of Sun Ra. Muñoz has published numerous books, including a perceptive critique of human sexuality offering supportive counsel for women whose dignity has been compromised. According to Pharoah Sanders, Muñoz "…thinks and plays on a higher level, with that spiritual quality that is about being free." The fact that he is revered as a spiritual master by a number of advanced creative musicians adds another dimension to this unique and fascinating artist's profile. ~ arwulf arwulf, Rovi 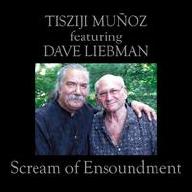 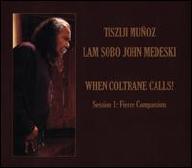 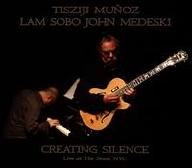 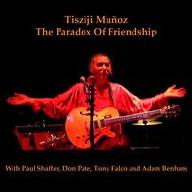 The Paradox of Friendship [Live]
2015 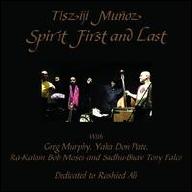 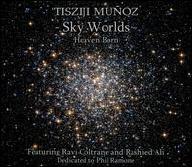 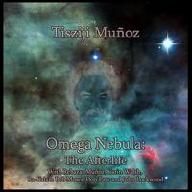 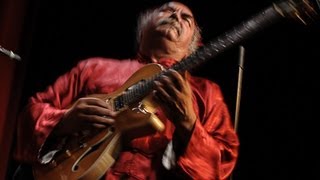 Tisziji Munoz "The Heart Is The Universe" 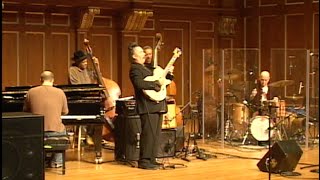 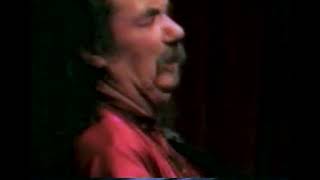 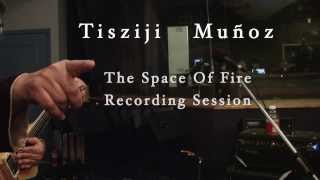 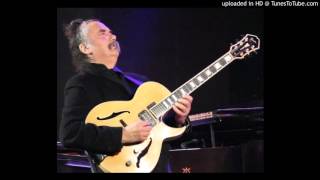 Tisziji Muñoz & Ra-kalam Live at the Willow 1993 — 1. The Truth of Suffering
Available here: