Close
Keb' Mo'
from Los Angeles, CA
October 3, 1951 (age 70)
Biography
Guitarist/vocalist Keb' Mo' draws heavily on the old-fashioned country-blues style of Robert Johnson while keeping his sound contemporary with touches of soul and folksy storytelling. A skilled frontman as well as an accomplished sideman, he writes much of his own material and has applied his acoustic, electric, and slide guitar skills to jazz- and rock-oriented bands. His 1994 solo debut, Keb' Mo', was a critical and popular success that typified his modern spin on vintage blues, and 2006's Suitcase was another laid-back but committed set rooted in acoustic sounds. 2017's TajMo found Keb' Mo' collaborating with fellow idiosyncratic acoustic blues artist Taj Mahal, and 2019's Oklahoma was a full-bodied effort that included cameos by Mahal, Rosanne Cash, Robert Randolph, and others; both albums earned him Grammy Awards.

Born Kevin Moore in Los Angeles to parents of Southern descent, he was exposed to gospel music at a young age. At 21, Moore joined an R&B band who were later hired for a tour by Papa John Creach; as a result, Moore played on three of Creach's albums. Opening for jazz and rock artists such as the Mahavishnu Orchestra, Jefferson Starship, and Loggins Messina helped further broaden Moore's horizons and musical abilities.

Moore cut an R&B-based solo album, Rainmaker, in 1980 for Casablanca, which promptly folded. In 1983, he joined Monk Higgins' band as a guitarist and met a number of blues musicians who collectively increased his understanding of the genre. He subsequently joined a vocal group called the Rose Brothers and gigged around Los Angeles. In 1990, Moore portrayed a Delta bluesman in a local play, Rabbit Foot, and then played Robert Johnson in a docudrama entitled Can't You Hear the Wind Howl? He released his self-titled debut album as Keb' Mo' in 1994, featuring two Robert Johnson covers, 11 songs written or co-written by Moore, and his guitar and banjo work.

His second album, Just Like You, saw Keb' Mo' stretching his legs by working with a full band and tackling several rock-based songs. The gamble paid off, and Just Like You won the artist his first Grammy Award. Slow Down followed in 1998 and netted Mo' another Grammy, and Door was issued two years later. Big Wide Grin followed in 2001, while 2004 saw the release of two albums, Keep It Simple (which won him another Grammy) and Peace...Back by Popular Demand. Suitcase was issued in 2006 on Red Ink Records. The self-produced The Reflection appeared five years later in 2011; the first release on his own label, Yolabelle International, the album featured guest spots from India.Arie, Vince Gill, Dave Koz, Marcus Miller, Mindi Abair, and David T. Walker. The Reflection performed well, peaking at two on Billboard's Top Blues Albums chart and earning a Grammy nomination for Best Blues Album. Keb' Mo' followed the record with BLUESAmericana, which appeared in the spring of 2014. That Hot Pink Blues Album, a live set recorded on the BLUESAmericana tour, showed up in the spring of 2016.

In 2017, Keb' Mo' teamed with Taj Mahal to spotlight the good-time side of the blues on TajMo, which won a Grammy for Best Contemporary Blues Album. He returned in June 2019 with Oklahoma, an eclectic and politically conscious set that was released on Concord Records. The album debuted at number two on the national Blues charts, and went on to win a Grammy Award for Best Americana Album. In October 2019, Keb' Mo' released his first holiday album, Moonlight, Mistletoe, And You. ~ Steve Huey, Rovi 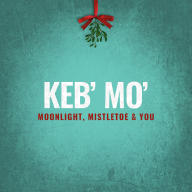 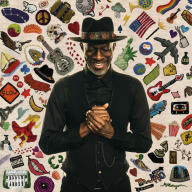 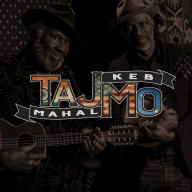 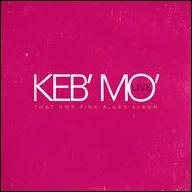 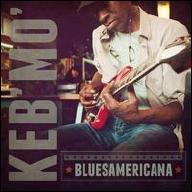 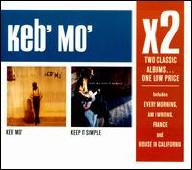 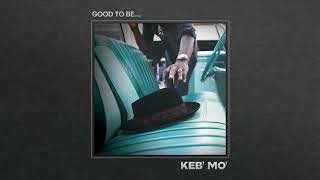 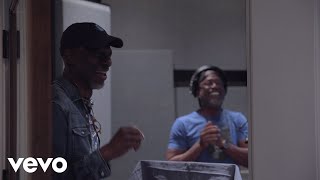 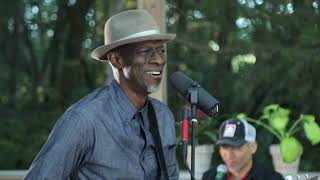 Keb' Mo' live at Paste Studio on the Road: Nashville 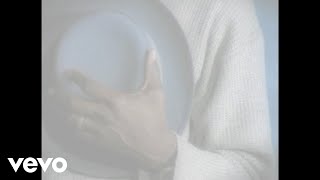 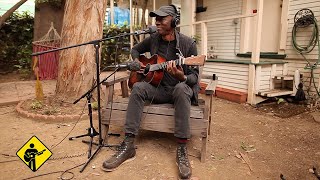