Close
Elliott Sharp
from Cleveland, OH
March 1, 1951 (age 70)
Biography
A major figure in New York City's avant-garde community since the '70s, Elliott Sharp is a composer and instrumentalist whose work runs the gamut from experimental and contemporary classical pieces to blues, noise rock, and electronic music. The bulk (over 100 albums among his various projects) and diversity of his recorded catalog defy concise description, but as a composer and instrumentalist, Sharp is unconcerned with conventional melody and instead values dynamics and atmospheres. He uses sounds both ambient and dissonant, organic and electronic, to create tonal landscapes that often speak to chaos and unease, albeit in ways that are sometimes striking in their curious beauty. Among his many, many recordings, some of the standouts include 1986's Fractal (featuring compositions for percussion, trombones, and home-made instruments), 1989's Hammer, Anvil, Stirrup (a collection of string quartet pieces), 1994's Terraplane (a blend of blues and avant-garde), and 2005's film score Commune.

Elliott Sharp was born in Cleveland, Ohio on March 1, 1951, and displayed a talent for music at an early age. He began learning the piano when he was six, and started performing in public when he was eight. Sharp then took up the clarinet, and later the guitar. Sharp was also passionately interested in science and electronics, and after turning his attention to the electric guitar, he began designing and building his own effects boxes. A self-described "science geek," Sharp studied at Carnegie Mellon University while still in high school under a grant from the National Science Foundation, and his music has been informed by such disparate disciplines as chaos theory, the Fibonacci sequence, fractal geometry, algorithms, and genetic metaphors. In 1969, Sharp entered Cornell University, where his studies focused on anthropology, music, and electronics. He later transferred to Bard College, where he studied improvisation and ethnomusicology with noted free jazz artist Roswell Rudd, and composition with Benjamin Boretz. (Sharp's classmates at Bard included brothers John and Evan Lurie, who would go one to form the "fake jazz" ensemble the Lounge Lizards.) After getting his B.A. at Bard, Sharp did graduate work at the University of Buffalo, where he studied with Morton Feldman and Lejaren Hiller. Sharp completed his studies in 1977, and in 1979 he settled in New York City, where he launched a career in which he produced a prolific and diverse variety of work.

Sharp released his first album in 1977, a collaboration with David Fulton called Hara, and between then and 2014, he issued over 85 albums, either as a solo artist or with his many collaborative projects, including Carbon, Semantics, Terraplane, and Bootstrappers. Sharp's collaborations have seen him work with an impressive range of artists, including the Kronos Quartet, pop singer Debbie Harry, iconic qawwali vocalist Nusrat Fateh Ali Khan, blues legend Hubert Sumlin, turntable artist Christian Marclay, influential jazz guitarist Sonny Sharrock, and contemporary art music group Ensemble Modern. In addition to composing for various instruments and performing on guitar and clarinet, Sharp was an early advocate of electronic music; in the '80s, he began performing on-stage with computers in his Virtual Stance project, and in addition to recording several techno pieces, he regularly performs under the moniker Tectonics, in which he combines eight-string bass with material and manipulations from his laptop. He also released the 2019 effort Syzygy, in which he combined pre-programed sounds with electronic and acoustic instruments, including the theremin. By the mid-point of 2021, Sharp had already released six albums, including Sakuraza (a collaboration with Jim O'Rourke), Chordata (string pieces performed with the JACK Quartet), Chansons du Crepuscule: Aube (featuring harpist Hélène Breschand), and Autoboot (with Carbon).

In addition, Sharp has composed and performed scores for a number of documentaries and independent films, including Speaking for Myself (2010), Commune (2005), What Sebastian Dreamt (2004), and Daddy and the Muscle Academy (1991). (He was also the subject of a 2008 documentary, Elliott Sharp: Doin' the Don't.) Sharp has created sound designs for interstitial "bumpers" used on MTV, the Sundance Channel, and Bravo, and was the recipient of a Guggenheim Fellowship in 2014, as well as another from the Parson's Center for Transformative Media that same year. ~ Mark Deming, Rovi 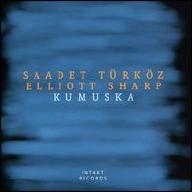 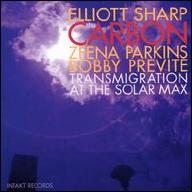 Transmigration at the Solar Max
2018 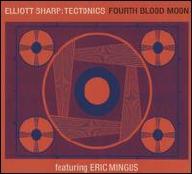 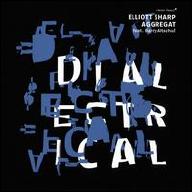 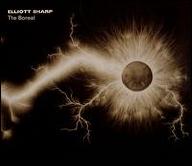 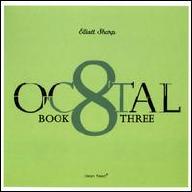 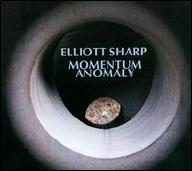 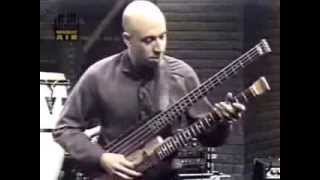 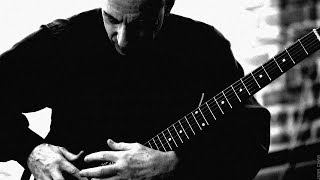 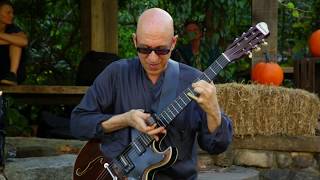 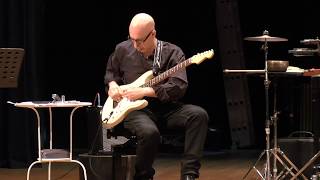 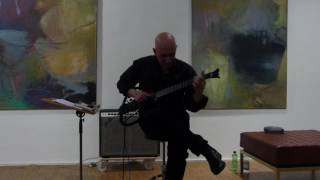 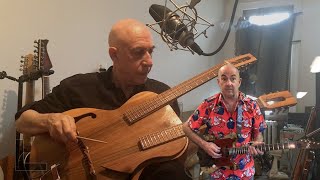 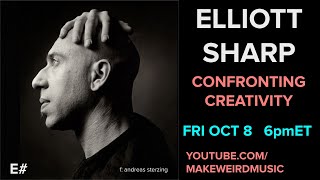