Close
Boredoms
from Osaka, Japan
formed January 1, 1986 (age 35)
Biography
Of all the artists in Japan's thriving noise-music community, the Boredoms undoubtedly had the most fun. Although their maniacally extreme cacophony was by no means accessible listening, it was underpinned by a gleeful sense of humor that helped them find a limited (but still surprisingly wide) audience among alternative rockers. A typical Boredoms track might feature massively distorted guitars, squealing synths, any number of odd found-object noisemakers, or studio-manipulation effects; conventional song structures are thrown out the window in favor of abrupt, whiplash-inducing changes of direction. With Sonic Youth and Nirvana counting themselves among the Boredoms' fans, the group actually signed major-label deals during the early '90s, both in Japan and the U.S., and played the Lollapalooza main stage. Although the Boredoms' American deal eventually fell through, they continued to record steadily in Japan, progressing into a sort of trance-inducing, psychedelia-tinged experimental rock indebted to the '70s Krautrock movement.

The Boredoms were formed in early 1986 in Osaka, Japan, by vocalist Yamatsuka Eye (who later went by Yamantaka Eye, then Yamataka Eye, and sometimes just eYe). Eye had been a member of the noise-rock band the Hanatarash, as had drummer Taketani; the rest of the original lineup featured guitarist Tabata Mara and bassist Hosoi. It quickly disintegrated; first, Taketani was let go in favor of Yoshikawa Toyohito, then Hosoi was replaced by Hira (sometimes Hilah), and finally Mara -- who quit to join Zeni Geva -- was replaced by Yamamoto Seiichi (aka Yama-Motor). Thus constituted, the Boredoms recorded their debut three-song EP, Anal by Anal, in 1986; their first full-length, Osozeran No Stooges Kyo ("The Stooges Craze in Osozeran"), followed in 1988, with both records later collected on Onanie Bomb Meets the Sex Pistols. Yoshimi Yokota (aka Yoshimi P-WE) became the band's new drummer and first female member in 1988; Yoshikawa switched to percussion and quit the following year, replaced first by Hasegawa Chu and then by ATR. Following Eye's work with John Zorn's avant-garde Naked City ensemble, the Boredoms' second album, Soul Discharge, was issued in the U.S. by Shimmy Disc in 1990; though some found them pointlessly abrasive, overall the record's crazed attack made them a hip name to drop in underground circles. The buzz surrounding the Boredoms culminated in major-label deals with Warner Japan and Reprise in the U.S., the first fruits of which were 1993's Pop Tatari, for which Yoshikawa returned as co-lead vocalist and synthesizer player. The follow-up Chocolate Synthesizer was released in the U.S. in 1995 (a year later than Japan), and the band supported it by playing a string of main stage dates on that year's Lollapalooza tour.

Lollapalooza marked the peak of the Boredoms' visibility in America, which began to cool down afterwards. Yoshikawa left again, and the band took some time to release a new LP, instead busying themselves with numerous side projects and issuing a series of EPs, dubbed Super Roots, that often appeared only in Japan. Reprise wound up dropping them, at which point the small Birdman label began to pick up some of their releases for domestic distribution. Fortified with a third drummer/percussionist in EDA, 1998 brought the EP Super Go!!!!! and the full-length Super Ae, which heralded the group's increasing psychedelic/Krautrock influence. The same year, the band recorded a split single with 77 -- the "performing" alias of their manager's infant son. 2000 saw the beginning of a series of remix albums titled Rebore; individual volumes featured U.N.K.L.E., Ken Ishii, DJ Krush, and Eye himself. Eye's increasing interest in electronica was reflected on the band's next official full-length album, the trippy Vision Creation Newsun, released in the U.S. on Birdman in 2001. Things were quiet for some time after the release of Vision Creation Newsun and rumors began circulating that the Boredoms had broken up. A smaller version of the group reconvened and played some shows as the Voordoms in 2003, giving further fire to the break up hearsay. In 2005, however, the Boredoms returned with the U.S. release of Seadrum/House of Sun. ~ Steve Huey, Rovi 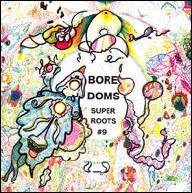 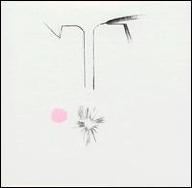 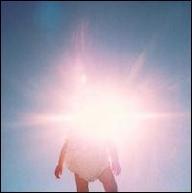 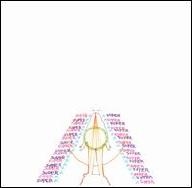 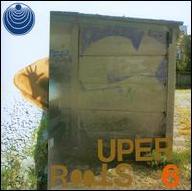 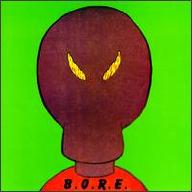 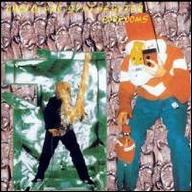 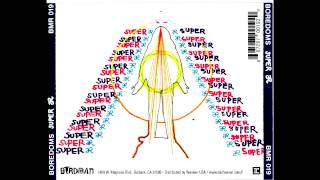 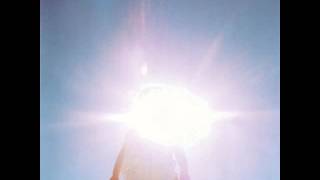 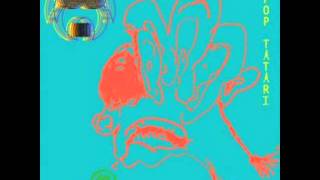 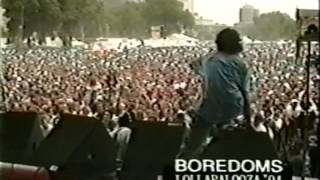 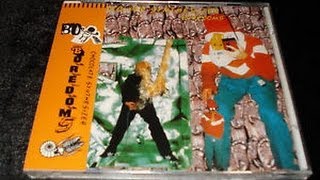 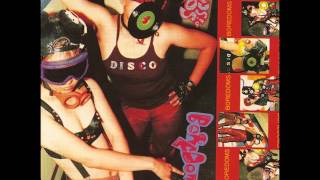 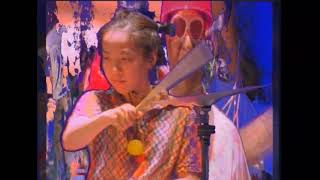 BOREDOMS "B for Boredoms"
Available here: