Close
Noel Rosa
December 11, 1910 - May 4, 1937 (age 26)
Biography
Noel Rosa was a well-known and celebrated composer while alive, but is more and more popular as time passes. When active, popular music in Brazil was mainly "country" music, sertaneja music. But he felt free to offer his true-spirited samba in a new way, his way: sophisticated melodies conjugated with unusual lyrics, ranging from amorous metaphysics through a vivid picture of social life and relations in a poetic Rio of the '30s.

Although his carnival marches knew instant national-wide success year by year, his elaborate songs only began to receive popular acclamation within ten years after his death. Maybe this gradual conquer over accepted standards can explain why he is so present these days.

His birth from a difficult delivery marked his whole life: as mother and child were endangered, the obstetrician decided to use the forceps. It caused a fracture and deepening of his jawbone. Through all his adolescence it would make him marked by cruel nickname "Queixinho" (Little Chin), and the difficulty eating would make him prefer soft foods such as soups and eggs, consumed out of sight of strangers. Eating less than his needs, together with his bohemian habits, may have had a decisive impact on contracting tuberculosis, which ended up killing him at the young age of 26 years. But his problems were always balanced with a feeling of self-humor, as attested by the several charges he made to himself, portraying sardonically his uncomfortable looks.

At 13, he started to play mandolin by ear. Listening to his father and friends playing the acoustic guitar (violão), he soon mastered this instrument enough to go through highly appreciated serenades.

Being native of the carioca neighborhood Vila Isabel, his childhood and adolescence were somewhat protected, although not rich. Contact with the malandros and sambistas of the hills only took place at the end of the '20s. Then he knew, among others, Canuto, who would be his partner in some compositions, interpreter in others; and Antenor Gargalhada, president of the Escola de Samba Azul e Branco, from the Salgueiro hill.

Finishing his high-school studies, the year of 1929 marked his preparations for medical school, an old dream of his mother's. At the same time, he was absorbed into an existing amateur musical group, the Bando de Tangarás, which also included João de Barro, Almirante, Alvinho, and Henrique Brito. They recorded in May of that same year the samba Mulher Exigente, the embolada Galo Garnizé, and the cateretê Anedotas, all by Almirante. A few months later, on July 27, he presented his first composition, the embolada Minha Viola, at the Tijuca Tenis Clube.

Being a group composed by middle-class amateur musicians, in a time when music was heavily connoted with marginality, the Bando dos Tangarás always insisted on not receiving any money for their performances, not even for expenses such as transportation. As they enjoyed increasing success, playing in cinemas, radios, and theaters, important artists joined the group, such as Luperce Miranda. Noel Rosa only became a professional the next year, with Com que Roupa?

In 1930, he recorded his second composition, the toada Festa No Céu? on the two sides of a Parlophone record. It has to be noted that he was still heavily influenced by these "country" styles, mainly northeastern Brazilian. Until 1931, he would compose two other sertaneja songs, Mardade de Cabocla and Sinhá Ritinha (written with Moacir Ferreira). From then on, he would stick to samba. In the year of 1931, he finally entered medical school (after a failed attempt the year before) and began to make success in music. It was not difficult to foresee which one of the two would soon be dumped, in 1932. Of his mediocre medical studies, one song was left, an anatomical samba named Coração ("Heart"). Although displaying singular ignorance of physiology for a med student (or a refined sense of auto-irony), Coração inaugurates his humorous style and a rare gift for avoiding corny lyrics while writing sensitive poetry: "Heart, big propulsive organ, transformer of venous blood into arterial/passion produces pain in the cranium but doesn't attack the heart."

In this same year, he recorded more than 20 songs, all of them carrying the mark of his genius. His unusual approach always produced fresh, surprising lyrics: Cordiais Saudações brings all the lyrics built in the form of a letter; Mulata Fuzarqueira has a meta-linguistic quality, making fun of the written word in uneducated form while affirming the sincerity behind it; Que Horas São? is solely about highly elaborated puns, one of his trademarks; Gago Apaixonado ("Stuttering Lover") simulates a passionate declaration of a stuttering lover, and was presented at the Grêmio Esportivo on June 11. This was after a "secret" introduction to the audience by the famous composer Lamartine Babo, of a "stammering guy who is a good composer," asking the audience to have pity and not to laugh at the poor boy; with their compassionate compliance being a hard trial, as everybody wanted to burst into laughing all the time while Rosa was singing.

Already worried by his frequent nocturnal escapades that only ended in bright daylight, his losing weight, his heavy drinking, and smoking habits, his mother decided to exert stricter vigilance upon him, and began to hide his clothes to impede him from going out. In one of these occasions, a bunch of friends came to pick him up to a samba gathering, but he couldn't join the party without clothes. That was the pretext of a new jewel: Com que Roupa? ("With What Clothes?"). That was the way Rosa composed, speaking of his own life and experiences.

With the advent of the radio in Brazil, in September 1923, the new medium galvanized the attention of the masses and captured the interest of the artists. Rosa was no exception, and soon in 1932 he was hired by Ademar Casé's show as assistant. Crowded in a small room, four or five musicians, a piano, the speaker, the director, the sound engineer, and Noel Rosa endured broadcasting from 11 a.m. to 12 p.m. every Tuesday, Thursday, and Sunday. Rosa was very popular, inventing improvised verses to his songs and to sponsors' jingles in the middle of improvised musical challenges directed to Almirante, Patrício Teixeira, Marília Batista, and João de Barro.

With Lamartine Babo and Mário Reis, Rosa formed the group Ases do Samba, which enjoyed a huge success in São Paulo, SP, impelling them to a season in the South, once more heavily successful.

Returning back to Rio, Rosa was invited by Francisco Alves, the most popular singer at the time, to begin a new trio with Ismael Silva. Para Me Livrar Do Mal, Adeus, Assim, Sim, and Gosto Mas...Não Muito were the first compositions of the new association.

In March 1934, Rosa joined the group Gente do Morro, in which were Benedito Lacerda, Russo do Pandeiro, Canhoto, and other famous and talented instrumentalists. The tour to upstate Rio and Espírito Santo turned into a failure, though.

His partnerships, following the trajectory of his amiable, warm character, were varied and numerous. Some of his partners had only one opportunity to have an association with him, but these turned into masterpieces: Heitor dos Prazeres (Pierrô Apaixonado), Orestes Barbosa (Positivismo), and André Filho (Filosofia).

Rosa had many lovers but was married only once, on December 1, 1934, to Lindaura Pereira da Mota. A docile, peaceful girl, Lindaura endured the hardships of a marriage to a husband who never had any idea of what is a marriage. The only change in Rosa's life after the union was a double bed which his mother brought to his room where he lived at her house, as he never remembered to take any measures regarding his alteration of status. In 1934, his health deteriorated to the extent he was obliged to leave Rio toward Minas Gerais, a place with a strong rural tradition and plenty of healthy food, milk, cheeses, and wonderful sweets. But, unfortunately for him, Minas also had radio stations, bars, beautiful girls, and fans who wanted to listen to him. Even then, he was able to improve his health a little: he left Rio in the beginning of 1935 weighing 99 pounds, returned in September at 125. The American producer W. Downey made two Brazilian musical movies in the year of 1936: #Alô, Alô Brasil and # Alô, Alô, Carnaval. There were two of Rosa's songs in the latter: Não Resta a Menor Dúvida (with Hervê Cordovil) and Pierrô Apaixonado (with Heitor dos Prazeres). Palpite Infeliz was originally included, but an unusual exigency by Rosa prevented it from appearing: while the tropical style with plenty of pineapples, bananas, and palm trees were at full steam as a fake representation of Brazil, Rosa insisted that singer Aracy de Almeida acted as a washerwoman. Aracy, even being a close friend, declined the opportunity. Rosa still wrote six songs for the movie #Cidade Mulher, by Humberto Mauro. His health was in rapid decline, though. In January 1937, had to again leave Rio to rest. On May 1st, he felt terrible cold shivers and had to go back to Rio. On May 4th, surrounded by his wife, his mother, and his brother, the guitar player and doctor Hélio Rosa, Noel Rosa died, one of the true giants of the Brazilian popular music. His talent for creating unusual melodies was only matched by his acute lyricism, always showing through his original and humorous way of seeing life, as displayed in the several declarations or interviews such as this one for the O Cruzeiro magazine, in 1932: "What relation do you think exists between love and music?" "Romeo and Juliet died ignoring it. I think, tough, that the relation is the same that exists between the banana skin and the slipping." ~ Alvaro Neder, Rovi 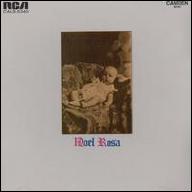 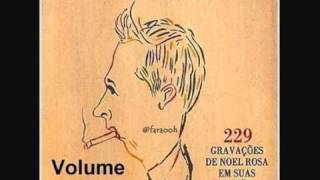 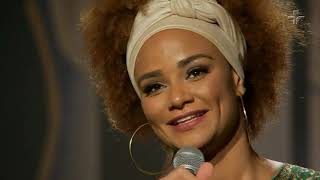 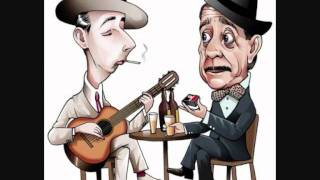 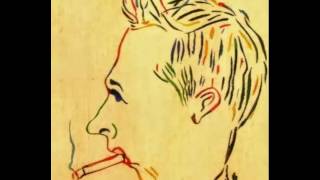 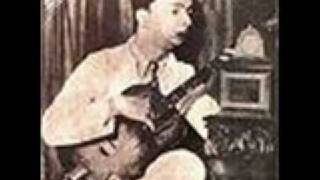 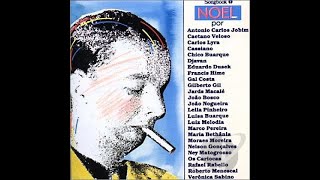 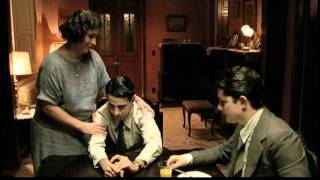