Close
Ketil Bjørnstad
from Oslo, Norway
April 25, 1952 (age 68)
Biography
A classically trained jazz pianist with a bent toward avant-garde improvised music, Ketil Bjørnstad is a well-known musician and writer in Europe. With his cerebral, atmospheric style that belies a palpable inner passion and an inclination toward genre-crossing compositions, Bjørnstad helped develop and popularize the "European jazz" aesthetic. He is also a writer and poet and has published over 30 works beginning with his 1972 poetry collection Alone. He began recording a year later with Apning, and issued some 24 studio outings include 1977's Selena for Phillips, 1983's Bjørnstad/Paus/Hamsun with singer Ole Paus, and lyrics by author Knut Hamsun for KKV, and 1990's The Shadow, wherein Bjørnstad set the poems of John Donne to music. After signing to ECM he issued 1993's Water Stories; it marked the beginning of a series of H2O-themed outings for the label that included 1995's The Sea, 1997's The River, and 1998's The Sea II, (like its predecessor it featured with David Darling, Jon Christensen, and Terje Rypdal). After 2000's Epigraphs (with Darling), Bjørnstad moved over to Universal Jazz for a series of albums that included 2003's The Nest featuring Anneli Drecker and lyrics by Hart Crane. 2006's solo offering Rainbow Sessions won acclaim from jazz and classical critics. Bjørnstad returned to ECM for 2008's The Light, and notably, 2014's A Passion For John Donne that showcased the pianist adapting the work of his favorite poet. He returned to Grappa for a series of recordings and audiobooks. In 2018, the pianist and Drecker reunited with ECM for A Suite of Poems. Bjørnstad followed with three albums for Grappa including the 20-track solo outing The World I Used To Know in 2019.

Born in Oslo, Norway, Bjørnstad studied classical piano in London and Paris before making his debut in 1969 at age 16 with the Oslo Philharmonic Orchestra playing Béla Bartók's third piano concerto. Surrounded by the vibrant arts scene in Oslo during the '70s, Bjørnstad became interested in jazz and developing his own style of music. Citing an array of influences from Bach and Ravel to Thelonious Monk and Miles Davis, Bjørnstad began working in an improvised idiom. In 1973, he released his debut album Åpning featuring what would become a core group of longtime associates in drummer Jon Christensen, guitarist Terje Rypdal, and bassist Arild Andersen. The album would be the first of several outings Bjørnstad would record for Phillips. Over the years, Bjørnstad's particular mix of jazz, classical, folk, and rock music would become highly influential in the development of what became known as "European jazz." Although he has become well-associated with the premier European jazz label ECM, he did not record for the label until later in his career with 1993's Water Stories, 1994's The Sea, 1997's The River, and 1998's The Sea II. In 2000, Bjørnstad released the duo album Epigraphs with cellist David Darling on ECM. That same year, he composed the millennium oratorio Himmel Rand, featuring the texts of the poet Stein Mehren. In 2002, he released the cinematic soundscape album Before the Light on Universal. In 2004, Bjørnstad released the rock-oriented Seafarer's Song featuring his ensemble with vocalist Kristin Asbjornsen. Four years later, he returned to ECM for the concert album Live in Leipzig with guitarist Rypdal. In 2008, Bjørnstad once again worked with drummer Christensen as well as tenor saxophonist Tore Brunborg for the ECM release Remembrance. In 2011, Bjørnstad delivered the duo album Night Song with cellist Svante Henryson on ECM. The pianist, who is also a published poet, novelist, and essayist, has stated that the Italian filmmaker Michelangelo Antonioni was one of his greatest influences; to that end, he composed a series of works meant to act as "a soundtrack to an inner film." Recording with bassist Arild Andersen percussionist Marilyn Mazur, cellist Anja Lechner, Eivind Aarset on guitar and electronics, and saxophonist Andy Sheppard, Bjørnstad released the live suite La Notte in the late spring of 2013.

2014 proved prolific for the composer and pianist. His first release of the year, appearing in March, was a 2012 recording entitled Sunrise: A Cantata on Texts by Edward Munch, performed by the pianist, his quartet, vocal soloist Kari Bremnes, and the Oslo Chamber Choir under the direction of conductor Egil Fossum. The musical work was set to surviving written texts by the famous painter.

In October of that year, ECM also released the 2014's premier performance of Bjørnstad's A Passion for John Donne, a work based on the poet's life, commissioned by the Oslo International Church Festival, and performed live with the pianist's group the Oslo Chamber Choir under the direction of Hakon Daniel Nystedt. Interestingly, it featured the saxophonist Hakon Kornstad in a dual role, not only playing his horn but as a vocal soloist. In 2015, Bjørnstad returned to Grappa to release four very different albums: The solo outings Shimmering and Images, Bartók, a retrospective of his classical work from 1969 played solo and with the Oslo Symphony Orchestra, and a band collaboration with vocalist Ole Paus, entitled Frolandia. In 2018, the pianist and Drecker released A Suite of Poems for ECM. Bjørnstad followed with the 20-track solo outing The World I Used to Know in 2019. ~ Matt Collar, Rovi 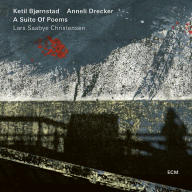 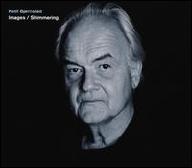 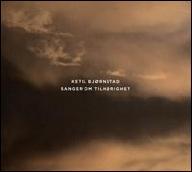 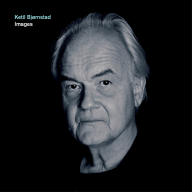 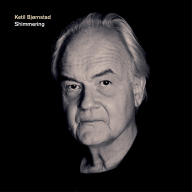 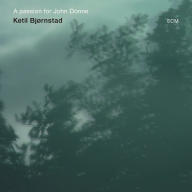 A Passion For John Donne [Live] 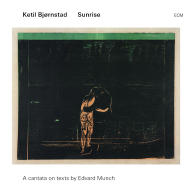 Sunrise [A Cantata On Texts By Edward Munch]
Videos
Close 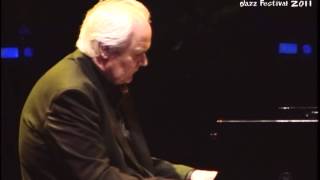 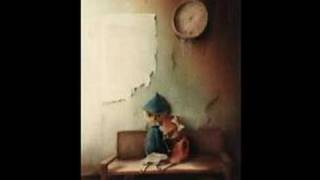 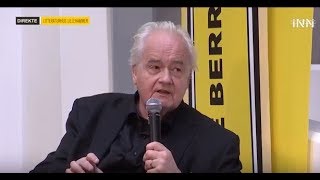 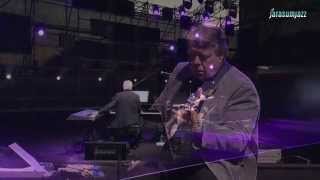 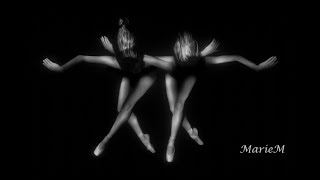 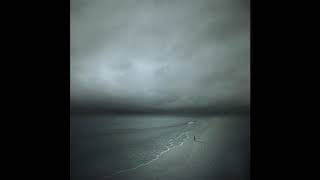 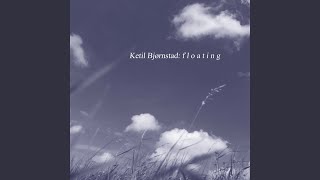