Close
Angélique Kidjo
from Ouidah, Benin
July 14, 1960 (age 61)
Biography
After rising to international success with the release of her chart-topping 1991 album Logozo, West African singer Angélique Kidjo became a fixture of world music, pairing her unique multilingual fusion of Afrobeat, pop, jazz, reggae, and various African traditions with collaborators who span multiple genres of music, from Philip Glass and the Kronos Quartet to Peter Gabriel, Alicia Keys, Dr. John, and Branford Marsalis. After leaving her native Benin for Paris, Kidjo recorded a string of critically acclaimed albums for Island Records in the '90s, followed by an ambitious trilogy that saw her exploring African music's influence in the Americas, from gospel to Brazilian and Latin. Her adventurous spirit and collaborative nature have been hallmarks of her career, while a deep-rooted sense of her Beninese and West African heritage has remained a through-line in all of her recordings, from 2007's star-studded Djin Djin to 2014's culturally rich Eve -- both earned Grammy Awards. Fluent in Fon, French, Yorùbá, Gen, and English, as well as a personal language she developed, she is known to sing in multiple languages -- often within the same song. Also known for her advocacy, Kidjo has served as a UNICEF Goodwill Ambassador, campaigned for OXFAM, and created the Batonga Foundation, which provides secondary school and higher education to girls in Benin and other West African nations. In 2018 she covered Talking Heads' Afrobeat-influenced album Remain in Light in its entirety, and a year later issued Celia, her tribute album to Cuban vocal legend Celia Cruz. Kidjo released Mother Nature, her first album of original material in seven years, in 2021.

The daughter of an actress, dancer, and theatrical producer, Kidjo was born in Ouidah, a coastal city in the West African country of Benin. Inheriting her mother's love of performing, she made her stage debut with her mother's theatrical troupe. Inspired by a wide variety of music, from African artists like Fela Kuti and Miriam Makeba to the rock, pop, and soul of Jimi Hendrix, Santana, James Brown, and Aretha Franklin, she was singing professionally by her 20th birthday. She recorded her debut album, Pretty (produced by Cameroon-based vocalist Ekambi Brilliant), in 1981; it yielded the hit single "Ninive." Although the album's success allowed for more widespread touring in West Africa, the oppressive political environment of Benin eventually led her to relocate to Paris in 1983. Working her way up from backup singer to fronting Jasper van't Hof's Euro-African jazz/rock outfit Pili Pili, Kidjo recorded three albums with the group before striking out on her own again with 1990's Parakou on the Open Jazz label. Based on both her solo record and work with Pili Pili, she came to the attention of Island Records' Chris Blackwell, who signed her in 1991.

Produced by Miami Sound Machine drummer Joe Galdo, Kidjo's Island debut, Logozo, was a major success and served to introduce her to a global audience. Released in 1991, the album's combination of dance music, pop, and African beats, as well as appearances by Branford Marsalis and Cameroonian saxophonist Manu Dibango, helped it top Billboard's World Music chart. Following several years of world tours and major festival appearances, Kidjo headed to Prince's Paisley Park Studio to work with producer David Z on her follow-up album. Released in 1994 and co-produced at London's Soul to Soul studio by Will Mowat, Ayé yielded the hit single "Agolo," which would earn Kidjo her first Grammy nomination thanks to its innovative video.

Although modern technology and electronics played an important role in the recording of her first three albums, Kidjo returned to her traditional roots for 1996's Fifa. Armed with eight-track tape recorders and microphones, Kidjo and a team of engineers traveled to Benin to record traditional musicians, singers, and dancers. The album was completed during recording sessions in Paris, London, Los Angeles, and San Francisco. Her next album, 1998's Oremi, was the beginning of a trilogy that explored the influence of African music in the Americas. Incorporating elements of hip-hop, soul, and jazz, Oremi focused on North America and featured a reconstructed interpretation of Jimi Hendrix's "Voodoo Child (Slight Return)" as well as guest spots from soul singer Cassandra Wilson, R&B singer Kelly Price, and jazz pianist Kenny Kirkland. For 2002's Black Ivory Soul, Kidjo traveled to Salvador de Bahia, where her blend of Afro-Brazilian culture included contributions from Carlinhos Brown, Vinicius Cantuária, and American singer/songwriter Dave Matthews. It also marked her first release on the Columbia label. Completing the trilogy, 2004's Oyaya! saw her working with Los Lobos member/producer Steve Berlin on an album that paired African guitar styles with Caribbean and Latin styles. Switching to the Razor Tie label, Kidjo was joined by various popular singers from around the world on 2007's Tony Visconti-produced Djin Djin, including Josh Groban, Peter Gabriel, Amadou Mariam, and Ziggy Marley. Djin Djin was awarded a Grammy award for Best Contemporary World Music album a year later. A second Razor Tie album, Õÿö, followed in 2010 and featured an eclectic assortment of cover songs from traditional Beninese material to '70s soul music and even Bollywood. Guest artists included Roy Hargrove, John Legend, Bono, and Dianne Reeves.

Spirit Rising, a CD and DVD representation of an uplifting live special Kidjo taped at WGBH studios, appeared in 2012 and included songs from throughout her career. Dedicating her ambitious 2014 album, Eve, to the resilience of women in Africa, Kidjo traveled around the continent capturing field recordings of women singing which she then incorporated into the album's songs. Eve topped Billboard's World Music charts and earned her another Grammy Award for Best World Music Album. 2014 proved to be a banner year for Kidjo with the publication of her memoir, Spirit Rising, and the live debut of IFÉ: Three Yoruba songs for Angelique Kidjo and the Orchestre Philharmonique Du Luxembourg, which was composed for her by Philip Glass. A second collaboration with the same orchestra yielded 2015's Sings, conducted by Gast Waltzing. The album featured new adaptations of her own songs -- as well as a choice selection of covers -- in a lush, 110-piece orchestral setting fronted by the singer and her band. For her next project, Kidjo worked with pop producer Jeff Bhasker on a full-length album covering Talking Heads' 1980 classic Remain in Light. Released in 2018, Kidjo's reimagined version -- often sung in different West African languages -- featured performances from Vampire Weekend's Ezra Koenig, Tony Allen, Blood Orange, and the horn section of Antibalas.

The following year, Kidjo delivered another covers set, this time in honor of one of her musical heroes: Celia Cruz, the legendary queen of salsa who left Cuba after the revolution in 1959. As a child, Kidjo had seen the great Cuban singer live with Johnny Pacheco in Benin, and was moved by the energy and joy in her performance. Years later, she discovered that the roots of much of Cruz's music lay in Yoruba folk songs carried by Beninese slaves to the Caribbean centuries before. Kidjo teamed with arranger and multi-instrumentalist David Donatien, who sought to channel Cruz's music through the lens of her African roots -- which the singer had celebrated throughout her career -- rather than just salsa. They brought back master drummer Tony Allen alongside a host of gifted players to deliver a rounded, in-depth, aural portrait of Cruz, with material ranging from the '50s right on through the '90s. The album Celia was issued in the spring and went on to earn Kidjo another Grammy Award in 2020.

She emerged from the COVID-19 pandemic and its global quarantine with Mother Nature in June 2021. Her first album of all-original material in seven years, it featured collaborations with jazztronica duo Blue Lab Beats, Yemi Alade, Salif Keita, Lionel Loueke, Ghetto Boy, and others. The set also showcased a slew of producers, including the Roots' James Poyser, Synematik, -M-, and David Donatien. The track "Do Yourself" with Burna Boy was later nominated for a Grammy Award. ~ Timothy Monger & Craig Harris, Rovi 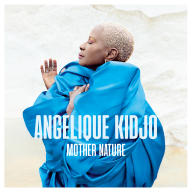 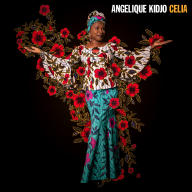 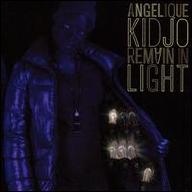 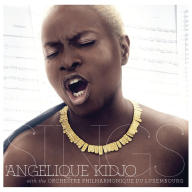 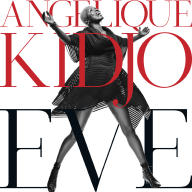 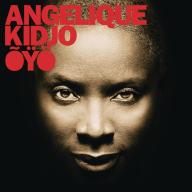 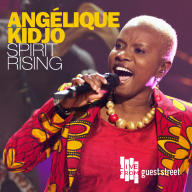 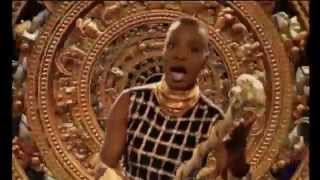 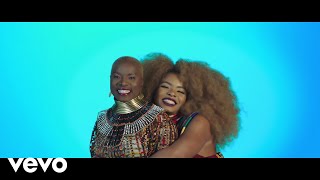 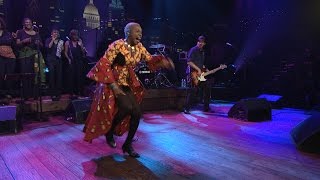 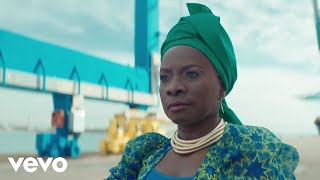 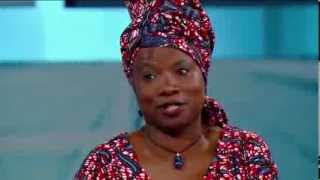 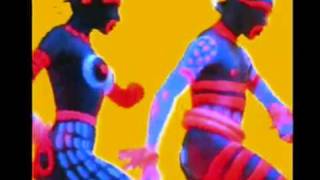