Close
Jackie Cain
from Milwaukee, WI
May 22, 1928 - September 15, 2014 (age 86)
Biography
One of the most celebrated female jazz vocalists of the 1950s, Jackie Cain was best known as the female half of Jackie Roy, a popular duo in which she paired up with Roy Kral, her pianist, vocal partner, and husband.

Born in Milwaukee, Wisconsin on May 22, 1928, Cain was raised by her mother after her parents divorced when she seven; her mother loved music, and Jackie grew up listening to jazz on the radio and soaking up its influence. As she became a teenager, she studied voice and started appearing on local radio programs, later signing up with a local band that played dances, social engagements, and nightclubs. At the age of 17, Cain was invited to sing with the Jay Burkhart Jazz Cradle, a band based in Chicago, and despite her mother's misgivings, Jackie took the gig. One evening, Cain tagged along with one of her bandmates to see the George Davis Quartet perform, and her friend suggested that Jackie sing a few numbers with the combo. Davis' pianist made it clear he didn't enjoy backing up girl singers, but when Roy Kral heard Cain sing "Happiness Is a Thing Called Joe," he changed his mind.

Kral and Davis invited Cain to join their group, and for several months, she worked with both Burkhart and Davis, developing a distinctive vocalese sound in her performances with the latter. Kral and Cain soon became singing partners, embracing a blend of harmonies and vocal interplay that was playful and engaging yet musically sophisticated. After playing an engagement in Chicago with saxophonist and bandleader Charlie Ventura, Cain and Kral were invited to join his band Bop for the People, and the new vocalists became a standout in the ensemble. Cain and Kral were part of the Ventura band for their celebrated 1949 concert in Pasadena, California (it was recorded and is considered a stand-out release by jazz fans), but Ventura was unhappy with the press attention Cain and Kral received.

By 1950, the two had formed their own ensemble and hit the road; they had also fallen in love, and married shortly after quitting Ventura's band. Jackie Roy cut some early sessions for Atlantic, but dropped out of recording for a few years while the couple focused on club work and starting a family, welcoming their first child in 1952. In 1954, Jackie Roy were signed to Coral Records by Neal Hefti and released the first recorded version of "Spring Can Really Hang You Up the Most," but the couple's commercial fortunes improved when they began working with Creed Taylor at ABC-Paramount in 1956. Their recordings displayed a cool sophistication that reflected the mood of contemporary jazz, but sounded sunny and romantic enough to cross over to pop audiences, and their recordings of "I'm Forever Blowing Bubbles," "The Glory of Love," and "You Inspire Me" helped the couple reach a larger audience. Jackie Roy also relocated to Las Vegas for several years, where they found steady work at clubs and casinos while being able to spend time with their growing family (they eventually had four children).

In 1960, Jackie Roy moved to Columbia Records, but while their recordings remained strong, the rise of rock & roll was changing the music business, and jazz and pop vocal acts were no longer as popular as they once were. The couple continued to tour and cut a handful of albums that reflected the influence of rock and pop without compromising their gifts, and they discovered a lucrative sideline recording jingles for television commercials. The duo recorded their final album in 1999, and in 2002, Roy Kral succumbed to congestive heart failure at the age of 81. After Kral's death, Cain continued to perform on-stage and in the studio, making guest appearances on Bill Kirchner's album Everything I Love and Marian McPartland's concert set 85 Candles: Live in New York. ~ Mark Deming, Rovi 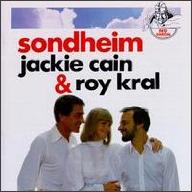 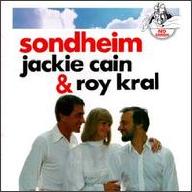 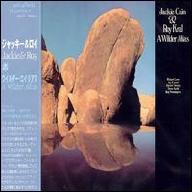 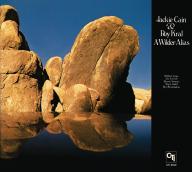 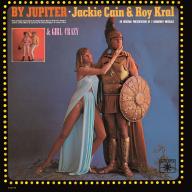 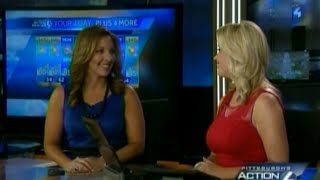 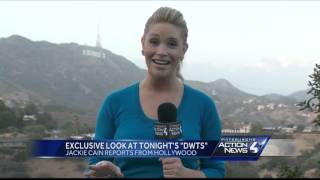 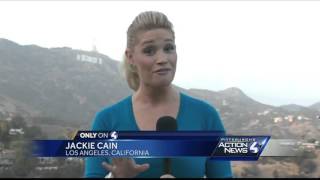 Jackie Cain in Hollywood with Dancing With The Stars' Team Boomin 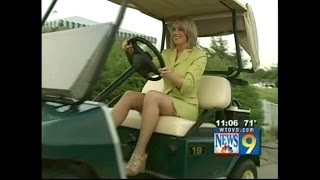 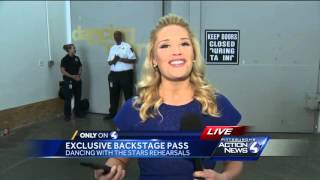 Jackie Cain in Hollywood: Sound check and Antonio chat on Dancing With The Stars 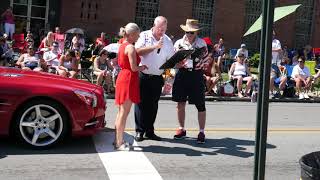 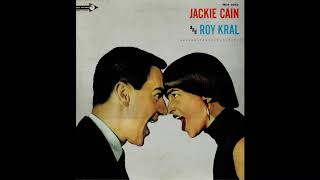