Close
Mandy Patinkin
from Chicago, IL
November 30, 1952 (age 69)
Biography
Actor/singer Mandy Patinkin carved out a varied career on-stage, in films, in the recording studio, and on television. Though he possessed a flexible tenor voice with a wide range and was known for his bravura performing style, few of his movie appearances made use of his musical ability, and he was most famous as a dramatic actor on television. Nevertheless, he was one of the major American musical theater performers of his generation. Patinkin's bold vocal performances on the cast albums for Evita and Sunday in the Park with George first introduced him to listeners, and his first two solo albums, 1989's Mandy Patinkin and 1990's Dress Casual, gave him the spotlight to reveal the full power of his voice on collections of standards and show tunes. 1998's Mamaloshen was a passion project that found him interpreting a broad variety of songs in Yiddish, and after a long layoff from recording, Patinkin gave his musical career a new lease on life with 2019's Children and Art, produced and arranged by Thomas Bartlett of Doveman.

Born in 1952, Patinkin first developed an interest in acting and singing while growing up in Chicago. He attended the University of Kansas, then the Juilliard School of Drama in New York City, leaving without a degree when he was able to find enough stage work to turn professional. During the second half of the '70s, he was closely associated with the New York Shakespeare Festival at the Public Theater, performing in many of the celebrated theater company's productions, on and off Broadway. He made his film debut in 1978, playing a small part in The Big Fix. Patinkin's first significant appearance in a musical came with the Public Theater's brief off-Broadway production of Leave It to Beaver Is Dead (March 29, 1979). He got his big break later the same year when he was cast as Che in the Broadway production of Evita (opened September 1979), a role that won him a Tony Award; he was featured on the original Broadway cast album, which sold over a million copies.

In the late '70s and early '80s, Patinkin appeared in a series of non-singing parts in films, featured in the comedy French Postcards (1979); the thrillers Last Embrace (1979) and Night of the Juggler (1980); the historical drama Ragtime (1981); and in Barbra Streisand's directorial debut, Yentl (1983). He made a triumphant return to the Broadway stage, starring in the musical Sunday in the Park with George (1984). He was nominated for another Tony for his work in the show, and appeared on the original Broadway cast album, which reached the charts. (In 1986, the show was videotaped and broadcast on the Showtime cable network, later earning release as a home video.) His performance established him as an important interpreter of the music of Stephen Sondheim, Broadway's most respected songwriter, and he consolidated that status with his appearance in a concert version of Sondheim's 1971 musical Follies performed and recorded in September 1985; the album reached the charts in 1986.

Though Patinkin continued to appear in non-singing movie roles -- including a particularly memorable performance in the romantic comedy The Princess Bride (1987) -- his opportunities as a singer increased in the second half of the '80s. He was contracted for a series of studio cast recordings of Broadway musicals by CBS Masterworks, including South Pacific (1986), Man of La Mancha (1990), and Kismet (1991). This association led to his being signed as a recording artist by CBS, which released his debut album, Mandy Patinkin, in 1989. He accompanied the release with his own one-man show, Mandy Patinkin in Concert: Dress Casual, which opened at the Public Theater in 1989 and transferred for a limited run on Broadway. His second album, Dress Casual, drawn from material in the show, was issued in 1990.

Patinkin got his first chance to sing onscreen with his appearance in Dick Tracy in 1990. Though he didn't make the cut for the film's official soundtrack album, Madonna, one of its stars, issued an album of her songs from it, I'm Breathless, on which Patinkin was featured. Released in May 1990, the album went multi-platinum. This was a busy acting time for him, as he had parts in three films released in 1991, True Colors, The Doctor, and Impromptu (the last marking the movie directing debut of James Lapine, the librettist and director of Sunday in the Park with George). Patinkin made occasional stage appearances during this period, but he returned to Broadway in a big way with the successful musical The Secret Garden (opening April 1991), and also appeared on the original Broadway cast album. After leaving the show, Patinkin stayed on Broadway, stepping in as a replacement cast member in the musical Falsettos. By this time, he had become a sufficiently prominent figure in the musical theater to attract not only praise, but also criticism; fans adored his energetic, committed style, while detractors criticized him for the same tendencies, which they found exaggerated. Forbidden Broadway, the long-running satiric musical revue, crystallized the charge of hamminess in its Patinkin parody, set to the tune of "Super-cali-fragil-istic-expi-ali-docious" from Mary Poppins, "Super-Frantic, Hyper-Active, Self-Indulgent Mandy" (found on Forbidden Broadway, Vol. 2, 1991).

Patinkin returned to films in Life with Mikey (1993), The Music of Chance (1993), and Squanto: A Warrior's Tale (1994), and he moved to Nonesuch Records, which released his third album, Experiment, in May 1994. His career entered a new phase when he was cast as Dr. Jeffrey Geiger on the hospital drama Chicago Hope, which premiered on September 18, 1994. The show was a hit, and Patinkin won an Emmy Award, but he left the program early in its second season largely due to family considerations; now married and having started a family, he was based in New York, while the show was filmed in Los Angeles. (He returned to Chicago Hope on an occasional basis, even becoming a semi-regular during the 1999-2000 season, the show's last year on the air.)

Patinkin released his fourth album, Oscar Steve, a tribute to Oscar Hammerstein II and Stephen Sondheim, in October 1995. His career was slowed by eye trouble in the mid-'90s, and in 1996 he underwent a corneal transplant, enduring a second one in 1998. Nevertheless, he managed to appear in several films, among them Men with Guns (1997), Lulu on the Bridge (1998), and Elmo in Grouchland (1999), even getting to sing in the last. In February 1998, he released his fifth album, Mamaloshen, which found him singing traditional and other material in Yiddish. He returned to Broadway in the New York Shakespeare Festival's production of The Wild Party (April 13, 2000), which earned him another Tony nomination and an appearance on the original Broadway cast album, though the musical closed after two months.

Patinkin's sixth album was a children's collection, Kidults, released in September 2001. That December, he appeared in the film Piñero, playing the part of his old mentor Joseph Papp of the Public Theater. He put together a one-man stage show of Sondheim music, Celebrating Sondheim, which he toured with, resulting in the album Sings Sondheim, released in October 2002, and a run at the Henry Miller Theatre on Broadway in December 2002 and January 2003. In 2002, he also made a cameo appearance as himself in the comedy Run, Ronnie, Run, providing the film's arguable high point as he sang the song "Y'all Are Brutalizing Me." Although he had continued to make guest appearances on television series, among them Touched by an Angel, Boston Public, and Law & Order, he finally took on a regular series assignment again with the supernaturally themed Dead Like Me on the Showtime cable network in 2003. In September 2005, he went back to network television with the premiere of the crime drama series Criminal Minds on CBS. Like Chicago Hope, Criminal Minds was a success, and Patinkin stayed with it from 2005 to 2007. But he expressed reservations about the show's violence in the press, and he quit abruptly at the end of its second year, later agreeing to make a few appearances at the start of the 2007-2008 season.

In 2011, Patinkin added another major television role to his CV with the drama Homeland, which aired on the Showtime cable network for seven seasons from 2011 to 2018. After the retirement of his frequent musical collaborator, pianist and arranger Paul Ford, Patinkin stayed away from the recording studio, but after he was introduced to pianist and producer Thomas Bartlett (known for his work with the art-pop project Doveman), the two began recording casual sessions in Bartlett's studio, which led to a series of albums: Diary: January 27, 2018, Diary: April/May 2018, and Diary: December 2018. Several of the performances from the Diary albums were recycled for the album Children and Art, which arrived in October 2019. ~ William Ruhlmann & Mark Deming, Rovi 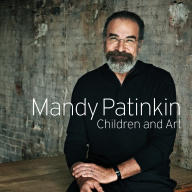 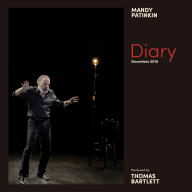 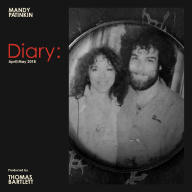 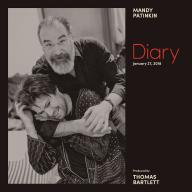 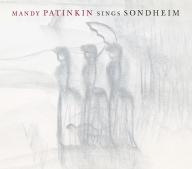 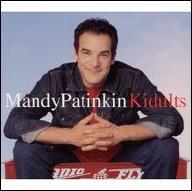 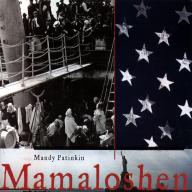 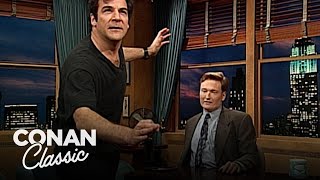 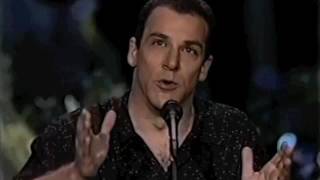 Mandy Patinkin: "Over The Rainbow" 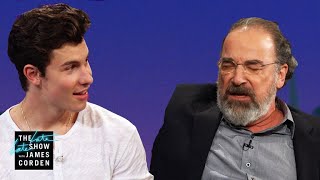 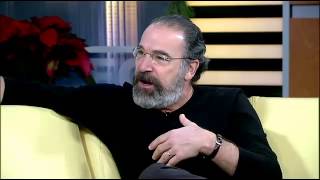 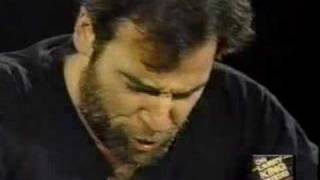 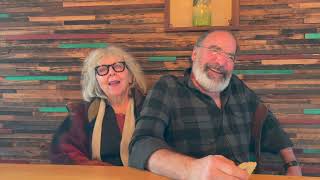 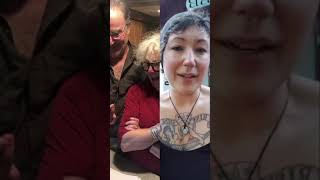