Close
Hotlegs
Biography
In 1970, Kevin Godley, Lol Crème, and Eric Stewart were, alongside songwriter Graham Gouldman, the house band at the Strawberry Studios setup in Stockport, England. Gouldman was spending much of his time in New York, working as a contract songwriter for the Kasenatz/Katz bubblegum team -- his partners remained at home, equipping the studio and testing the new equipment. It was during one of these tests, playing around with a drum kit and a new four-track recorder, that Philips label rep Dick Leahy happened by, heard what they were doing, and pronounced it an instant hit single.

"It" was a percussive experiment which evolved around a chant of "I'm a Neanderthal man/you're a Neanderthal girl/let's make Neanderthal love" and Leahy's instincts were correct. Restructured and released (under the name Hotlegs) in the summer of 1970, Neanderthal Man reached number 22 in the U.S., number two in Britain, number one in Italy, and ultimately sold over two million worldwide. The record was enormous. The Idle Race, heading towards the end of their brief but glorious career, wrested one final hit when they covered the song for German and Argentine consumption. Bandleader James Last included a version on his latest album; even Elton John, eking out a pre-fame career as a jobbing sessioneer, recorded his own distinctive version for a budget-priced collection of sound-alike hits.

Stunned by the success, Hotlegs immediately set to work out an album; Thinks: School Stinks included both the hit single and a reworking of To Fly Away, a Godley/Crème song previously recorded by their Frabjoy and the Runcible Spoon project. It was not, however, a particularly successful release. With the exception of one track, the tribal Um Wah Um Woh, little on the album bore any semblance to the hit; rather, Hotlegs revealed themselves to be a very melodic, very gentle musical concern, a far cry from the proto-industrial crashing of Neanderthal Man.

Certainly Capitol, Hotlegs' U.S. label, was so distressed that when it came to a follow-up, they went for a track which had not even been recorded for the Hotlegs project; a second, vastly superior version of There Ain't No Umbopo, which the trio released in the U.K. under the name Doctor Father in August 1970. It was not a hit, a fate which also attended Hotlegs' final American single, How Many Times.

Undeterred, the trio (augmented by Gouldman) undertook a short British tour supporting the Moody Blues towards the end of 1970, but little more was heard from Hotlegs for another year. Then, in September 1971, they released a new single, Lady Sadie, while Philips repackaged Thinks: School Stinks as Songs, omitting Neanderthal Man in favor of two more new songs, The Loser (the flip of Lady Sadie) and Today (a reworking of another Frabjoy-era song).

Issued only in Britain, Germany, and, oddly, Venezuela, Songs did no better than its predecessor, and Hotlegs was abandoned -- less than a year later, of course, the three members plus, again, Gouldman, would resurface as 10cc and, this time, enjoy considerably more success. It was at the height of this fame that the Hotlegs material resurfaced once more, as 1974's You Didn't Like It Cos You Didn't Think of It compilation brought together all the previously available Hotlegs material. ~ Dave Thompson, Rovi 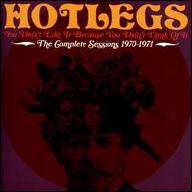 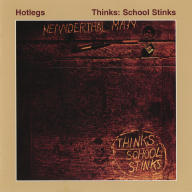 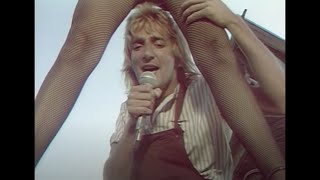 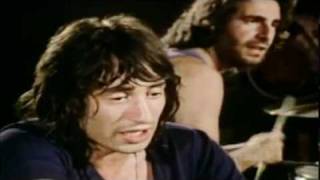 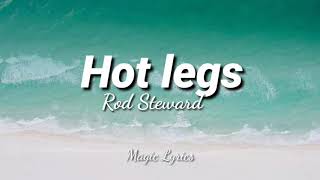 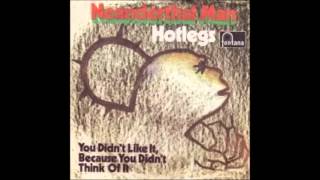 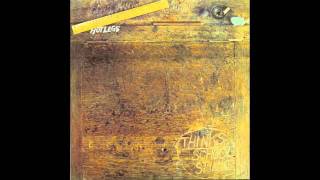 Hotlegs - Take Me Back 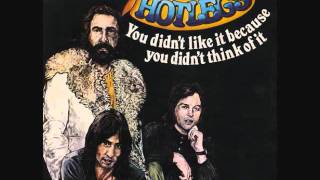