Close
Nellie McKay
from London, England
April 13, 1982 (age 39)
Biography
A sharp and thoughtful artist lurking beneath the surface of a sunny, playful chanteuse, Nellie McKay is a singer and songwriter whose performing style is largely informed by vintage jazz and vocal pop, with occasional dashes of indie rock and hip-hop. McKay's songs are witty and stylish variations on the themes of the Great American Songbook (she's been compared to Cole Porter more than once), but often feature pointed satirical observations on politics and society. (On her website, McKay states, "Nellie is an annoyingly vocal advocate for feminism, civil rights and other deeply felt progressive ideals.") Born in London, England, McKay spent most of her first ten years living in Harlem, New York, and she developed a keen interest in retro fashions and female pop vocalists of the '40s and '50s. After spending two years studying vocal jazz in New York City, McKay headed out on her own, and developed a following that led to her signing with Columbia Records. McKay's debut, 2004's Get Away from Me, was a critical favorite, but her insistence on doing things her own way led to her being dropped by her record label. Despite this, McKay continued to write and record on her own terms for a variety of imprints, earning praise for her songwriting on 2006's Pretty Little Head and 2007's Obligatory Villagers, while later demonstrating her skills as an interpretive vocalist, paying homage to Doris Day on 2009's Normal as Blueberry Pie and reworking classic rock and pop hits of the '60s on 2015's My Weekly Reader.

Nellie McKay was born in London, England on April 13, 1982. Her father, Malcolm McKay, was a novelist and television director, while her mother, Robin Pappas, was an actress. Nellie's parents divorced in 1984, and she lived a nomadic childhood with her mother, first moving to Harlem, New York, then relocating to Olympia, Washington after ten-year-old Nellie was mugged. She later settled in Mount Pocono, Pennsylvania, where she was something of a misfit, listening to Dinah Shore, Doris Day, and Jo Stafford records while reading up on stars of the '30s and '40s and developing a retro fashion sense. At the age of 16, McKay moved back to New York City to study jazz vocals at the Manhattan School of Music, but quit after two years, eager to launch her career. After dabbling in standup comedy, she began performing her own songs, musically rooted in classic styles but revealing a dry and often dark sense of humor as well as a keen social conscience while accompanying herself on the ukulele. McKay began appearing at Manhattan night spots like the Sidewalk Cafe and Fez, and word of mouth led to a bidding war among record labels to sign her, with Columbia Records the winner. McKay released her debut album, Get Away from Me, in February 2004; produced by Geoff Emerick (whose résumé included work with the Beatles and Elvis Costello), the album earned rave reviews and was nominated for the 2004 Shortlist Music Prize, but it proved hard to market, especially after McKay butted heads with Columbia over her decision to make the debut a two-disc set. Further skirmishes with Columbia over her follow-up (much of which was financed by McKay herself) led to her parting ways with the label, and her self-produced sophomore effort, Pretty Little Head, was released in October 2006 on her own Hungry Mouse label, distributed by SpinART Records. By this time, McKay had made her Broadway debut, playing Polly Peachum in a production of Bertolt Brecht and Kurt Weill's The Threepenny Opera, which also featured Alan Cumming and Cyndi Lauper. Her performance earned her the Theater World Award for Outstanding Debut Performance.

After releasing two two-disc sets in a row, McKay made a more concise statement with 2007's Obligatory Villagers, a nine-song set that ran less than 30 minutes. McKay returned to the world of major labels when she signed with the venerable jazz label Verve Records; her first release for the label was Normal as Blueberry Pie: A Tribute to Doris Day, in which she paid homage to a major influence and fellow animal lover. The album was co-produced by McKay's mother, Robin Pappas, who also helped produce 2010's Home Sweet Mobile Home, which featured a guest appearance by David Byrne. (McKay has previously appeared on Byrne's concept album about Imelda Marcos, Here Lies Love, recorded in tandem with Fatboy Slim.) For the next several years, McKay primarily devoted herself to live work; she also wrote and staged musical performance pieces honoring the lives of celebrated felon Barbara Graham (I Want to Live!), environmental activist Rachel Carson (Silent Spring: It's Not Nice to Fool Mother Nature), transgender musician Billy Tipton (A Girl Named Bill: The Life and Times of Billy Tipton), and comedian Joan Rivers (The Big Molinsky Considering Joan Rivers). She also appeared in the 2013 off-Broadway revue Old Hats with David Miner and Bill Irwin. In 2015, McKay returned with My Weekly Reader, in which she offered new interpretations of rock & roll songs of the '60s, running the gamut from the Kinks' "Sunny Afternoon" to the Mothers of Invention's "Hungry Freaks, Daddy." Released in 2018, Sister Orchid was McKay's third interpretative album, in which she put her own spin on ten classic jazz standards. Another standards set, the EP Bagatelles, arrived the following year and found McKay offering distinctive takes on classic songs like "How About You," "Zip-a-Dee-Doo-Dah," and "The Best Things in Life Are Free." ~ Mark Deming, Rovi 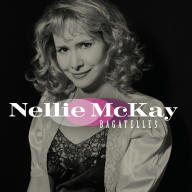 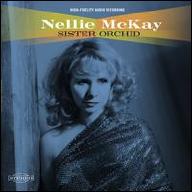 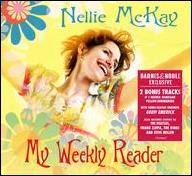 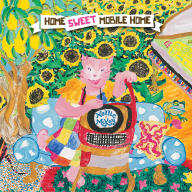 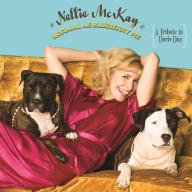 Normal as Blueberry Pie: A Tribute to Doris Day
2009 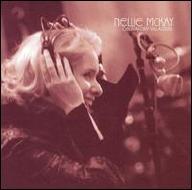 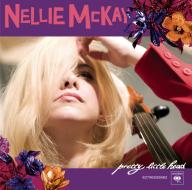 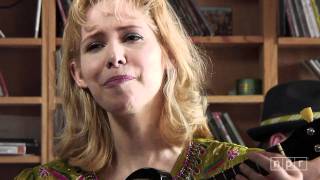 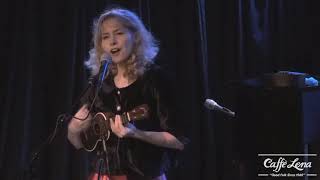 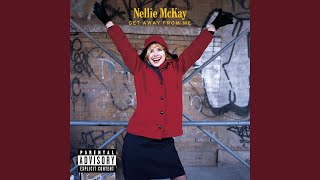 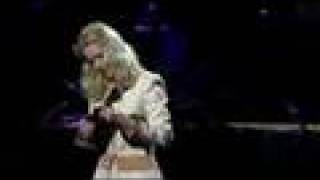 Nellie McKay: "Mother of Pearl" and "If I Had You" 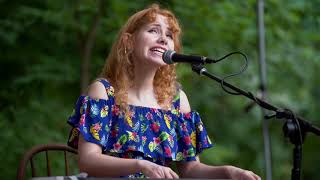 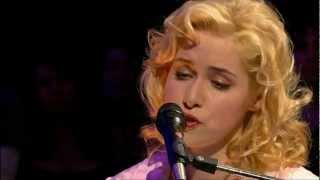