Close
Sandy Nelson
from Santa Monica, CA
December 1, 1938 (age 83)
Biography
Sandy Nelson was the biggest -- and one of the few -- star drummers of the late '50s and early '60s era in which instrumental rock was at its peak. He landed two Top Ten hits, Teen Beat (1959) and Let There Be Drums (1961), which surrounded his Gene Krupa-inspired solos with cool, mean guitar licks that were forerunners of the surf sound. Nelson had only one other Top 40 hit, Drums Are My Beat (1962). He ground out a quick series of instrumental albums in the early '60s -- eight within 18 months, as a matter of fact -- with several other top Hollywood rock and pop session musicians. Nelson was not that great a drummer, although he was good. His principal importance is that he found a place for drum rock solos in hit instrumental singles, and the more reckless elements of his style no doubt influenced other musicians, such as surf drummers and, later, Keith Moon.

Nelson started to play rock & roll as a teenager in Los Angeles in the 1950s, forming a group that included Jan Berry, Dean Torrence, and Bruce Johnston, all of whom would be important to the surf and hot rod scenes a few years down the line. By the late '50s he was playing sessions, including drums on the Teddy Bears' chart-topper To Know Him Is to Love Him. After his Teen Beat became a hit for Original Sound in 1959, he signed with Imperial as a solo artist, and continued to work as a session musician. For instance, he's heard on Gene Vincent records of the time, as well as the Hollywood Argyles' big hit Alley Oop, on which he also did some screams. Nelson's numerous solo albums, despite the assistance of top fellow sessioneers like Steve Douglas (sax), Ernie Freeman (piano), and Rene Hall (guitar), had a lot of basic and unimaginative instrumental rock, whether original material or covers of well-known hits of the day. As with Duane Eddy's recordings, however, these simple albums might have helped inspire aspiring musicians as things to play along and learn with, if nothing else.

Near the end of 1963, Nelson was involved in a serious motorcycle accident that necessitated amputation of his right foot and part of his leg. Nonetheless, he managed to resume his drumming career and continued to churn out albums, as well as some singles, of which Casbah (1965) is the highlight, with its wild splashing drums and frenetic Middle Eastern/surf guitar. ~ Richie Unterberger, Rovi 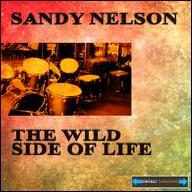 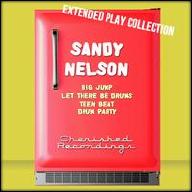 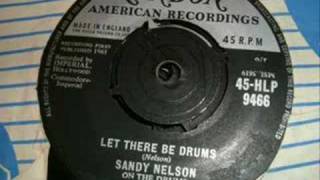 Sandy Nelson - Let There Be Drums 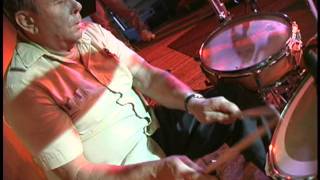 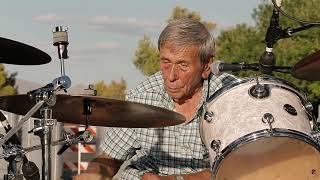 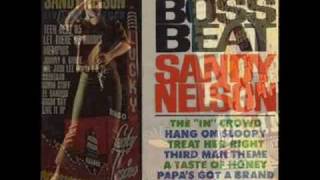 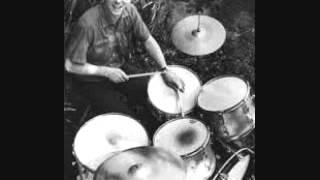 Let There Be Drums by Sandy Nelson 1961 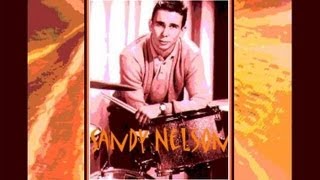