Close
The Prime Movers
from Ann Arbor, MI
formed January 1, 1965 - January 1, 1970 (age 5)
Biography
Although they never released a record during their existence, the Prime Movers were a pivotal band in Southeastern Michigan during the mid- to late '60s. Where many of their Michigan contemporaries played straight rock & roll suitable for teen clubs and frat houses, the Prime Movers were a blues band. They were purists, inspired first by classic Chicago blues and then by the Paul Butterfield Blues Band and other acts that found white rock fans taking on the blues with credibility. Led by brothers Michael and Dan Erlewine, the Prime Movers set out on the same path as Butterfield, playing countless gigs at clubs, frat parties, and festivals around the Ann Arbor and Detroit areas. They were a bit older than contemporaries like the Rationals, the MC5, and the Amboy Dukes, and at heart they were a blues band, though they also touched on folk and avant-garde music and earned a large local following. They did venture out to San Francisco, playing a few opening dates at the Matrix, Straight Theater, and Fillmore West, yet they never quite became a national success. Nevertheless, almost all of the band's core members made their mark in music one way or another, and their legacy was documented with an archival release decades after they split.

The Prime Movers were formed in the summer of 1965. Initially, the group featured Michael Erlewine on lead vocals, rhythm guitar, and harmonica, Dan Erlewine on lead guitar and vocals, Robert Sheff on keyboards and vocals, Robert Vinopal on bass, and Spider Winn on drums. Vinopal soon left the band and was replaced by Jack Dawson, while James Osterberg took over the drums. Osterberg had previously played in a local band called the Iguanas, and the other members took to calling him "Iguana," which metamorphosed to "Iggy." This would be the classic lineup of the Prime Movers, and they enjoyed their greatest popularity in Southeastern Michigan.

Initially, the Prime Movers played frat parties, with their sets leaning toward bluesy rock & roll, but they soon decided to concentrate on a purer blues sound, spiked with a little soul and even gospel (they became known for a cover of the Swan Silvertones' "Seek, Seek and Ye Shall Find"). Early on, they hired Jeep Holland (who ran the local A-Square Records label) as their manager. As manager of the Rationals, Holland spearheaded a local success story, and he attempted to push the Prime Movers in a similar direction, insisting the group play rock & roll and wear matching suits. Although they did play some shows on the teen rock circuit in Michigan, they obstinately refused to abandon Chicago blues, and broke ties with Holland. Similarly, Motown Records courted the band, eager to market them as a white group playing in a bluesy, soulful style. Once it became clear that the label would control what they recorded, they rejected the offer, preferring to remain dedicated to their take on the blues.

The Prime Movers regularly traveled to Chicago, where they heard blues icons such as Little Walter, Magic Sam, Big Walter Horton, Buddy Guy, and Junior Wells up close and in person. But seeing the Paul Butterfield Band was what turned their heads; Butterfield and his band illustrated that not only were the blues alive, but that white guys could play it, and play it well. The Prime Movers became friends with the band, particularly guitarist Mike Bloomfield and keyboard man Mark Naftalin, and their example encouraged the Prime Movers to dig deeper into the blues.

As their reputation grew, the Prime Movers eased off playing frat gigs, concentrating on Ann Arbor clubs like Schwaben Inn, the Town Bar, Mr. Flood's Party, and Clint's Club (the latter the only African-American club in Ann Arbor). Among Detroit venues, they played at the legendary psychedelic venue the Grande Ballroom, as well as the Chessmate, Wisdom Tooth, and the Living End. Despite their large local fan base, the group barely made a living from their music, sharing a house and taking as much catered food from frat parties as they could carry. Nevertheless, their love of music kept them going. Michael and Dan Erlewine had a deep love of the blues, but they also knew folk well, and the classically trained Robert Sheff was involved with the Once Group, a collective that performed the work of modern classical composers like Bob Ashley, Gordon Mumma, and John Cage. Osterberg (who, by all accounts, was a shy, well-mannered, quiet guy during his time with the Prime Movers) worked hard on his drumming (he insisted he took lessons from Butterfield drummer Sam Lay, though Lay always disputed the claim), and he sung the occasional song with the group. Osterberg left the Prime Movers in early 1967, and was replaced by J.C. Crawford; Crawford became known as an emcee at the Grande Ballroom, and delivered the opening monologue on the MC5's debut album, Kick Out the Jams.

During the summer of 1967, the Prime Movers went to San Francisco. Mike Bloomfield, the former Butterfield guitarist and founder of the Electric Flag, befriended the group, helping them secure a place to stay and a rehearsal spot. They played a couple of shows at a rib joint, and spent their days auditioning for headlining gigs. When the Electric Flag had to cancel an appearance, Bloomfield asked the Prime Movers to fill in for the band at the Matrix, where they opened for rising stars Cream.

Upon returning to Michigan, they went back to the local bar and frat house circuit and became the honorary house band at Mothers, where they opened for traveling R&B bands like the Contours and rock & roll acts like the Shangri-Las. The group also became regulars at all-ages club the 5th Dimension, where they often played as an after-hours band, starting their shows after they completed their set at Clint's Club around 2:00 A.M. And while they didn't participate as performers, members of the Prime Movers were actively involved in the first three Ann Arbor Blues Festivals, helping to organize gigs and providing hospitality for the legendary artists on the bill.

The Movers did make some recordings, but they were never released, and the group would grow and shrink in their later years, adding and losing horn and keyboard players on a regular basis. (Michael Erlewine estimated some 37 musicians passed through the band over the years.) The Prime Movers came to a halt in 1970, though the Erlewine brothers continued to perform as a duo. Following the group's breakup, Dan Erlewine became an internationally known guitar repairman and designer, and wrote a monthly column for Guitar Player magazine. Michael played as a solo piano act for about a year; after his marriage in 1971, he stopped playing music. In 1977, he founded Matrix Software, which was the first astrological computer software company in the nation. In 1991, he founded the All Music Guide, which became the largest music database in the world; he also helped found AMG's companions, All Movie Guide and All Game Guide. Robert Sheff became a well-known avant-garde composer using the moniker Blue Gene Tyranny; he died on December 12, 2020 at the age of 75. Jack Dawson became the bassist for the Siegel-Schwall Blues Band. And James Osterberg became Iggy Pop, founded the Stooges, and would be often cited as the true inventor of punk rock.

Thanks to the success of the group's alumni, the legend of the Prime Movers never entirely died out among fans of Michigan blues and rock, and in 2008, the album A-Square (Of Course), an archival collection of rare material from Jeep Holland's label and its offshoots, included a recording of the Prime Movers covering Bo Diddley's "I'm a Man," with Pop on vocals. The same track would also appear on the soundtrack to Jim Jarmusch's 2017 documentary on the Stooges, Gimme Danger, a limited-edition single from Third Man Records issued the same year, and a revised edition of the 2008 A-Square collection, 2018's A²: An A-Square Compilation. In 2019, Modern Harmonic Records issued a full-length collection of archival live recordings titled The Prime Movers Blues Band. ~ Terry Jenkins & Mark Deming, Rovi 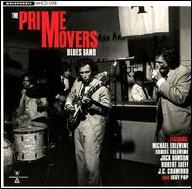 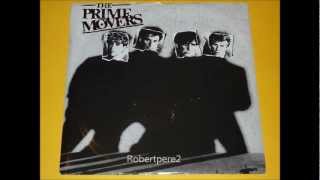 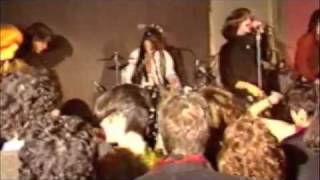 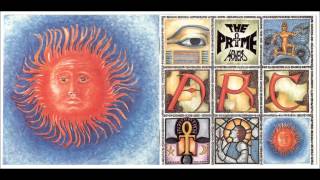 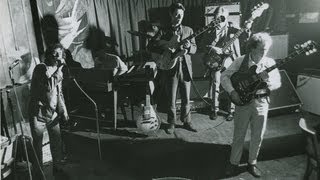 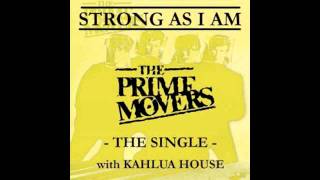 Prime Movers - Strong As I Am 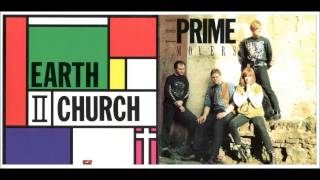 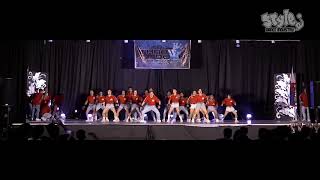