Close
Sufjan Stevens
from Detroit, MI
July 1, 1975 (age 46)
Biography
A singer/songwriter and multi-instrumentalist whose music deals with both the personal and the spiritual while accompanied by simple but striking musical patterns, Sufjan Stevens became one of the most celebrated independent artists of the 2000s and 2010s with a series of thematic albums that were audacious as well as emotionally affecting. With a sound that combined indie folk with the serialist structures of Philip Glass, Stevens enjoyed his critical breakthrough with 2003's Greetings from Michigan: The Great Lake State, which he announced was to be the first in a series of 50 albums about each state in America. Following the more introspective and low-key Seven Swans (2004), he unveiled the next installment in the 50 states project, 2005's Illinoise, a more richly orchestrated release that became another indie success. Stevens introduced electronic rhythms and textures into his arrangements on 2010's The Age of Adz and 2020's The Ascension, composed solo piano pieces for a dance project with 2019's The Decalogue, contemplated the death of his mother with 2015's spare and emotionally naked Carrie Lowell, and collaborated with his stepfather on 2020's Aporia, informed by vintage new age and electronic soundtrack music.

The Detroit-born singer/songwriter ventured into the music world while attending Hope College as a member of Marzuki, a folk-rock band based in Holland, Michigan. Following the release of two full-length albums with the group, Stevens decided to go solo in late 1999, investing fully in a career that was waiting to shine by itself. Sun Came, his debut album, appeared in 2000, confirming his superior musical command, complex instrumentation, and sparkling melodies. The promotion of the disc included playing on the road with the Danielson Famile, with whom he began regularly working. The heavily electronic Enjoy Your Rabbit, a song cycle concerning the animals of the Chinese zodiac, hit record stores in 2001, followed in 2003 by Greetings from Michigan: The Great Lake State, a 15-track conceptual piece produced and performed by Stevens -- he played over 20 instruments -- that placed his home state under the writer's microscope. Despite the record's narrowed focus, it was among the best-reviewed releases that year and made many critics' year-end lists. In 2004, Stevens issued his follow-up, Seven Swans, a thoughtful, spiritual, and quasi-mystical collection of stand-alone songs produced by Danielson Famile mastermind Daniel Smith.

Stevens returned to his ambitious "states" project in 2005 with the epic Illinoise (extended title: Sufjan Stevens Invites You To: Come on Feel the Illinoise), which became one of the best-reviewed albums of 2005, spawning accolades both regional and international. (It was also smacked with a lawsuit concerning the depiction of DC Comics icon Superman on the cover, which was eventually covered by a balloon sticker and subsequently removed from further pressings.) The 21-track Avalanche: Outtakes Extras from the Illinois Album and the five-disc Christmas box set Songs for Christmas arrived in 2006, followed in 2007 by the instrumental BQE, a self-described "symphonic and cinematic exploration of New York City's infamous Brooklyn-Queens Expressway" that was commissioned by the Brooklyn Academy of Music and performed on three consecutive nights (November 1-3, 2007) in front of a film shot by Stevens, who had officially relocated to New York in 2000. Run Rabbit Run, a version of 2001's Enjoy Your Rabbit performed by the Osso String Quartet, and a recorded version, BQE, arrived in October 2009.

In 2010, Stevens surprised everybody by releasing All Delighted People, a nearly 60-minute EP of new music. An all-new studio album, the surreal electronic pop manifesto The Age of Adz, arrived later in October of that year. In 2012, Stevens released the five-EP box set Silver Gold: Songs for Christmas, Vols. 6-10, the sequel to 2006's Songs for Christmas, Vols. 1-5. The year 2014 brought the release of Sisyphus, a collaboration between Stevens, Son Lux, and Serengeti. Stevens also teamed up with Yarn/Wire in 2014 to compose and perform the soundtrack to Round-Up, an impressionistic documentary film about rodeo riders.

In 2015, Stevens returned with his first solo album of new, non-seasonal material since The Age of Adz. Inspired by the death of his mother, Carrie Lowell was released in March 2015, followed by a concert tour. A November 2015 date from the tour was recorded and filmed, and released in audio and video formats as Carrie Lowell Live, which included an extended encore of Drake's "Hotline Bling" with guest artist Gallant. The live album was issued in April 2017. That June saw the release of Planetarium, a collaborative project inspired by the solar system that featured Stevens as well as Bryce Dessner of the National, contemporary composer Nico Muhly, and percussionist James McAlister. Stevens closed out the year with the November release of The Greatest Gift, a "mixtape" featuring outtakes and remixes from Carrie Lowell.

In 2018, Stevens released the song "Lonely Man of Winter," an 11-year-old track originally penned to promote his Songs for Christmas box set. The following year saw Stevens issue the singles "Love Yourself" and "With My Whole Heart" in celebration of Pride month. 2019's The Decalogue documented a solo piano score Stevens composed for a dance piece choreographed by Justin Peck that was staged by the New York City Ballet in 2017. For the album, Stevens' instrumental pieces were performed by pianist Timo Andres. Stevens' stepfather, Lowell Brams -- the Lowell of Carrie Lowell and the co-founder of Stevens' label Asthmatic Kitty Records -- was his collaborator for the 2020 album Aporia, an instrumental set inspired by vintage new age music and motion picture scores. Stevens released a solo effort in September of the same year. The Ascension was an 81-minute song cycle informed by his personal struggles and his disillusionment with America. Stevens' biological father passed away just two days after the release of The Ascension, and the event spurred 2021's ambitious all-instrumental Convocations, a self-described "49-track reflection on a year of anxiety, uncertainty, isolation, and loss" that was released in five volumes representing each stage of grief. ~ Mario Mesquita Borges & James Christopher Monger, Rovi 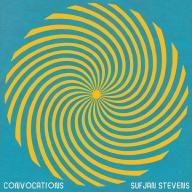 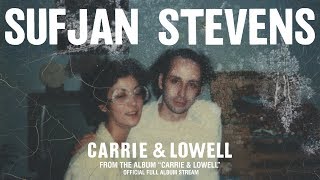 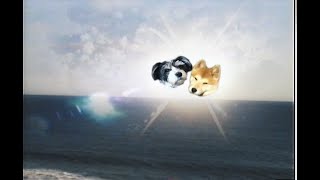 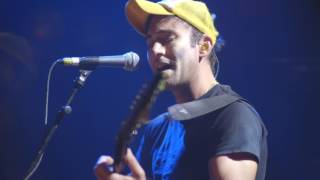 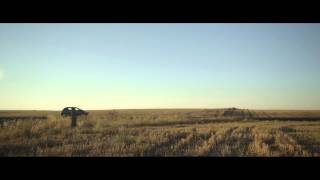 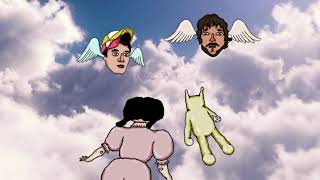 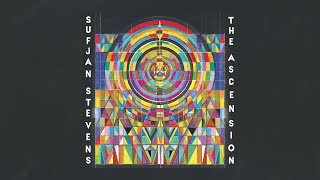 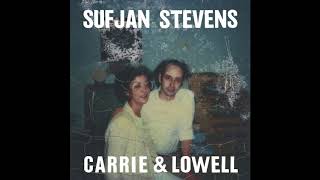