Close
Jack Casady
from Washington, D.C.
April 13, 1944 (age 77)
Biography
One of the finest bassists to emerge from San Francisco's psychedelic movement of the mid- to late '60s, longtime Jefferson Airplane/Hot Tuna member Jack Casady was also one of the first rock musicians to play the bass as if it were a lead instrument. Born John William Jack Casady on April 13, 1944, in Washington, D.C., Casady originally picked up the guitar at the age of 12, but didn't get serious until a couple of years later. By his mid-teens, Casady was playing in a local band called the Rendezvous, which is how he met his subsequent musical partner, guitarist Jorma Kaukonen. Soon after, Casady and Kaukonen formed their own group, the Triumphs, before Kaukonen moved away -- eventually relocating to the west coast. The two kept in contact despite the move, during which time Casady had switched to the bass (and even backed such renowned artists as Ray Charles and Little Anthony when they played local shows). By late 1965, Kaukonen had joined an up-and-coming San Francisco band by the name of Jefferson Airplane, who was searching for a bassist. Casady got an invite to come out and try out for the group, even though Kaukonen supposedly didn't know that Casady had switched to bass during the interim.

Casady landed the gig, although it took some time for him to blend in with the others, both musically and visually (Casady supposedly looked like a strait-laced college student when he first arrived). Jefferson Airplane issued their debut album, Takes Off, in 1966, but it wasn't until a year later (when singer Grace Slick joined the group, at the behest of Casady), with 1967's Surrealistic Pillow, that the group really took off. Further releases cemented the Airplane's standing as one of the late-'60s leading psychedelic bands (1967's After Bathing at Baxter's, 1968's Crown of Creation, 1969's Bless Its Pointed Little Head and Volunteers), but drug use and power struggles from within began to eat away at the band. Sensing that the group was moving away from their original musical direction, Casady and Kaukonen launched another band, Hot Tuna, shortly after the dawn of the '70s.

Originally an acoustic-based outfit (and thought of as merely a side band to their full-time group), it soon became apparent that the duo's days with the Airplane were numbered. Such early Hot Tuna releases as 1970's self-titled debut, 1971's First Pull Up, and 1972's Burgers proved to be superior to the Airplane's final albums with Casady and Kaukonen (1971's Bark and 1972's Long John Silver), which led to the duo concentrating on Hot Tuna full-time. Hot Tuna continued on for several more albums (1973's The Phosphorescent Rat, 1975's Yellow Fever and America's Choice, plus 1976's Hoppkorv), before they disbanded as well. With punk/new wave sweeping the world by the mid-'70s, Casady surprised his dedicated, hippie-based following by forming a modern rock quartet, SVT, who issued a pair of releases during the early '80s -- 1980's Extended Play [EP] and 1981's No Regrets -- before the death of the their frontman (Brian Marnell) ended the band.

The '80s saw Casady join up once more with various former Jefferson Airplane bandmates, including Paul Kantner's The Planet Earth Rock Roll Orchestra (1983), and the short-lived KBC Band (comprised of Kantner, Casady, and Marty Balin), who issued a lone self-titled album (1986). The decade also included various Hot Tuna reunions, plus an ill-advised self-titled reunion album of Jefferson Airplane in 1989. Casady continued to jump between Hot Tuna and Jefferson Airplane (the latter going by the name Jefferson Starship: The Next Generation) throughout the '90s, and in 2000, formed the acoustic-based Jefferson Airplane's Volunteers along with Kantner. Casady has also guested on numerous recordings by other artists over the years, including such classics as Jimi Hendrix's Electric Ladyland and Crosby, Stills Nash's self-titled debut, plus lesser-known albums by Country Joe the Fish, Papa John Creach, David Crosby, Roky Erickson, Warren Zevon, Rusted Root, and various solo releases by Airplane bandmembers. ~ Greg Prato, Rovi 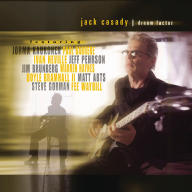 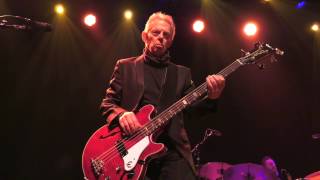 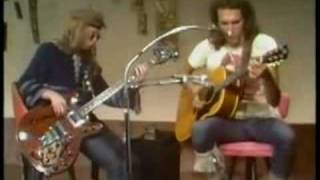 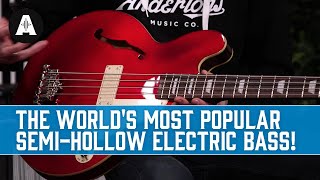 Epiphone Jack Casady Basses - A Modern Classic With a Surprising Amount of Tone? 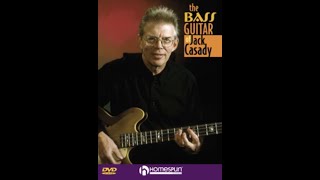 The Bass Guitar Of Jack Casady 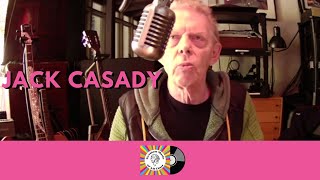 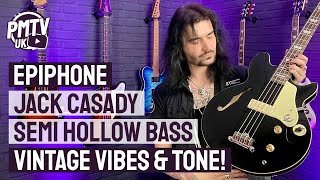 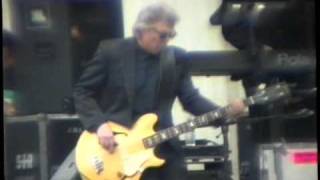