Close
Jules Shear
from Pittsburgh, PA
March 7, 1952 (age 69)
Biography
A singer/songwriter with a gift for appealing melodies and lyrics that are by turns witty, cutting, and dour, Jules Shear has enjoyed a loyal cult following for his work as a recording artist, while achieving greater recognition penning hits for others. His song "All Through the Night" became a major success for Cyndi Lauper, "If She Knew What She Wants" hit the charts in a version cut by the Bangles, and Alison Moyet made the Top 20 in the U.K. with a cover of "Whispering Her Name." Shear's own performances of his songs usually push their emotional complexities to the forefront and his reedy voice has a bite many of his interpreters do not, but he's capable of expressing longing, jealousy, compassion, and resignation without forcing his hand, and his readings of his lyrics are as perceptive and intelligent as any covers of his work. Shear's 1983 solo debut, Watch Dog, was a superb set of smart, literate pop, 1992's The Great Puzzle featured some of the best songs of his career, 2006's Dreams Don't Count was a downbeat but powerful set of personal meditations on failed relationships, and 2020's Slower was a modest but engaging song cycle about aging.

Jules Shear was born in Pittsburgh, Pennsylvania on March 7, 1952. He started writing songs when he was a teenager, and while attending the University of Pittsburgh, he joined the Pitt Glee Club, where he formed an offshoot group specializing in acoustic performances, Wooden Music. He was already performing original material with the group when he left the University after three years and headed to Los Angeles in hopes of launching a professional career. He teamed up with a pair of fellow singer/songwriters, Jack Tempchin and Richard Stekol, and they formed a band called the Funky Kings. Arista signed them and released their self-titled debut album in 1976. The fact the group specialized in country-influenced folk-rock despite their name didn't make it easy to promote the trio, and while they recorded a second album, Arista opted not to release it and they soon broke up. Shear's next project was a more upbeat and eclectic pop/rock band called Jules and the Polar Bears. Their first album, 1978's Got No Breeding, was a smash with critics though sales were disappointing; the second, 1979's Phonetics (aka Fenêtîks; the title and liner notes were spelled phonetically on the LP's cover) yielded a minor success with "Good Feeling," but sales didn't improve much. Like the Funky Kings, Jules and the Polar Bears recorded a final album that their label opted not to release, though Bad for Business would belatedly come out in 1996. Once again, after being dropped by their label, the Polar Bears called it quits; the band's keyboard player, Stephen Hague, would go on to a successful career as a producer.

After the breakup of the Polar Bears, Shear embarked on a solo career and signed with EMI-America Records. Todd Rundgren produced his solo debut, 1983's Watch Dog; like the Polar Bears albums, it fared better with critics than with record buyers, though it did include his original recordings of "All Through the Night'' and "Whispering Your Name." The 1984 EP Jules included the dance track "When Love Surges," and 1985's The Eternal Return featured a tune he wrote in collaboration with Cyndi Lauper, "Steady," that became Shear's biggest hit, rising to 48 on the U.S. singles charts. The Eternal Return was Shear's final album for EMI, but the following year, the Bangles would release Different Light, which became their breakthrough hit and included their rendition of "If She Knew What She Wants," which peaked in the Top 30. Shear's original demo version of the tune, along with his work tapes of a dozen other songs (most unreleased), surfaced the same year on a collection from Enigma, Demo-Itis. Elliot Easton, the guitarist with the Cars who played on the Watch Dog sessions, formed a band with Shear called the Reckless Sleepers; while Easton had to drop out of the project, the band landed a record deal with I.R.S. Records, and with Jimmy Vivino on guitar, they released the album Big Boss Sounds in 1998. It proved to be the group's only album, and Shear's next album was a solo effort, The Third Party, which I.R.S. issued in 1989. That same year, MTV debuted the show Unplugged, and for the first 13-episode season, Shear was the host. He signed with Polydor for 1992's The Great Puzzle; some pressings of the album came with Unplug This, an eight-song disc of acoustic interpretations of his songs that also appeared separately as a promo-only item. Shear's second album for Polydor, Healing Bones, came out in 1994 and included his first recorded cover, a version of the Walker Brothers' "The Sun Ain't Gonna Shine Anymore."

Healing Bones proved to be Shear's final major-label album, and he partnered with the Windham Hill-affiliated High Street Records imprint for 1998's Between Us, a collection of duets featuring guest vocals from Carole King, Rosanne Cash, Patty Griffin, Margo Timmins, and 11 others. Rounder's Zoe imprint issued 2000's Allow Me, and they also brought out 2001's Raisins in the Sun, a one-shot studio group with Shear joined by Chuck Prophet, Jim Dickinson, Harvey Brooks, Winston Watson, and others. 2004's Sayin' Hello to the Folks was Shear's first album of covers, with the songwriter putting his spin on tunes by Woody Guthrie, Joe Tex, Roger Miller, Bob Dylan, Brian Wilson, and more. 2006's Dreams Don't Count was a downbeat, moody set; that year, Shear also produced the album The Morning After by Pal Shazar, formerly of the group Slow Children (and also Shear's wife). On 2008's More, Shear billed himself as Jules Mark Shear; it was his first album for Funzalo Records, an independent label run by his longtime manager Mike Lembo. He was back to identifying himself as Jules Shear on the 2013 album Longer to Get to Yesterday. In 2017, Shear delivered One More Crooked Dance, which included a guest appearance by Lovin' Spoonful founder John Sebastian on harmonica. Sebastian and producer/engineer Lee Danziger both returned to work on 2020's Slower, a set of songs that often dealt subtly with the life changes that come with age. ~ Mark Deming, Rovi 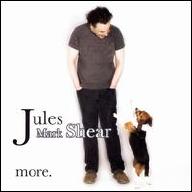 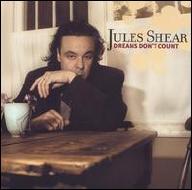 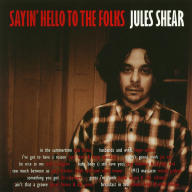 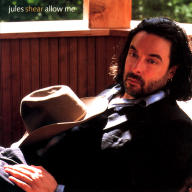 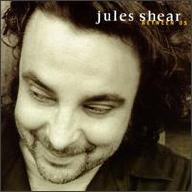 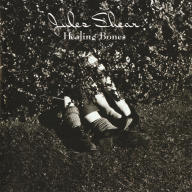 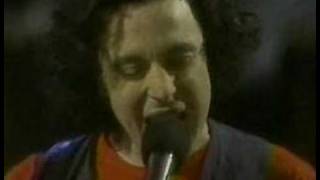 Jules Shear - If She Knew What She Wants 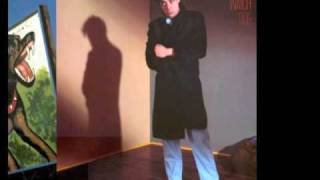 Jules Shear - All Through The Night 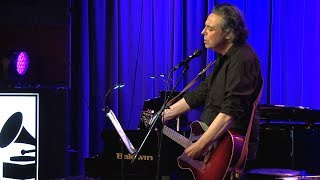 Jules Shear at The Grammy Museum on May 23, 2018 (full interview and performance) 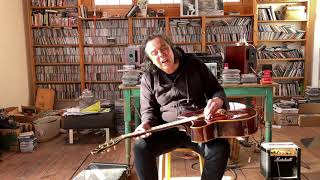 Jules Shear, "All Through The Night" 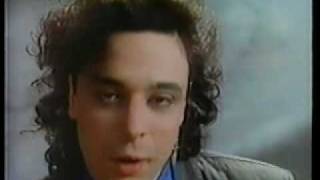 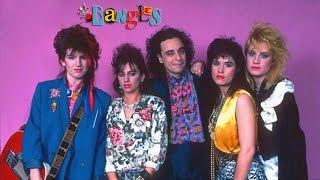 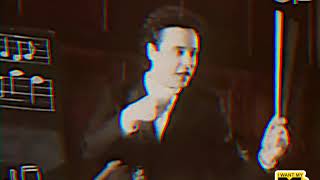