Close
Harlan Howard
from Lexington, KY
September 8, 1929 - March 3, 2002 (age 72)
Biography
Country music's preeminent composer, Harlan Howard boasted an unparalleled body of work encompassing well over 4,000 songs; the writer behind such perennials as I Fall to Pieces, Life Turned Her That Way, and Heartaches by the Number, he scored major chart hits during every decade of the postwar era. Born September 8, 1929, in Lexington, KY, Howard and his family moved to Detroit just two years later. A devoted fan of the Grand Ole Opry radio show, his idol was the great Ernest Tubb, whose songs Howard attempted to copy down lyric by lyric; a number of words were subsequently lost in the translation, of course, forcing him to invent new lines -- sometimes even entire verses -- and in the process an aspiring songwriter was born. After graduating high school, Howard spent the next four years stationed in Fort Benning, GA, serving as a military paratrooper; in his off hours, he learned to play guitar, and each Friday night he and a friend would hitchhike to Nashville, spending the weekends soaking up live country music.

After leaving the service, Howard spent the last half of the 1950s traveling the country, accepting short-term jobs everywhere from Michigan to Arizona; he finally ended up in California, gravitating towards the Bakersfield area. There performers including Buck Owens and Wynn Stewart were developing the famed Bakersfield sound; Howard's fledgling compositional skills were recognized, and soon artists like Tex Ritter and Johnny Bond agreed to publish his songs. Then Stewart recorded Howard's You Took Her off My Hands, and virtually overnight his work was in hot demand; with his wife, Jan Howard -- herself a rising country star -- recording his demos, in 1958 his Pick Me Up on Your Way Down was cut by Charlie Walker, and a short time later What Makes a Man Wander was covered by Jimmy Skinner. In early 1959, Kitty Wells scored with her rendition of Mommy for a Day; however, Howard's true breakthrough came later in the year, when his classic Heartaches by the Number became a smash for Ray Price. A pop remake by Guy Mitchell was also an enormous success.

In mid-1960, the Howards relocated to Nashville; he soon authored another hit for Price, I Wish I Could Fall in Love Today, as well as a pair of tracks for Owens, Excuse Me (I Think I've Got a Heartache) and Above and Beyond. Then, in 1961, Howard and Hank Cochran co-wrote arguably his best-loved song, I Fall to Pieces, a crossover success for the legendary Patsy Cline. After penning the hit Three Steps to the Phone (Millions of Miles) for Jim Reeves, he then wrote a follow-up, He'll Have to Go; Reeves rejected the track, however, and it was passed on to George Hamilton IV, in whose hands it was a major success. (Reeves instead cut Howard's The Blizzard, to significant acclaim.) In all, Howard notched 15 chart hits in 1961 alone; among his other notable compositions that year were Heartbreak U.S.A. (covered by Wells), as well as Under the Influence of Love and Foolin' Around (two more by Owens). He was writing a minimum of two or three songs daily, with about a dozen of those recorded each week; not surprisingly, he was named Billboard's Songwriter of the Year two years running.

Also in 1961, Harlan Howard Sings Harlan Howard, his debut solo LP, was released; he cut several more albums in the years to follow, even scoring a minor hit a decade later with the single Sunday Morning Christian, but a serious recording career was clearly never his intention. Instead, he remained Nashville's most prolific composer; between 1962 and 1963, his major hits included Johnny Cash's Busted (later a pop hit for Ray Charles), Price's rendition of You Took Her off My Hands, George Jones' You Comb Her Hair, Roy Drusky's Second Hand Rose, and Johnny Jonie Mosby's Don't Call Me From a Honky Tonk. In 1964, Howard established his own publishing imprint, Wilderness Music, and Jones notched another hit with Your Heart Turned Left (And I Was on the Right); the following year, he and Owens co-authored the latter's chart-topper I've Got the Tiger by the Tail. In 1966, Howard and Tompall Glaser teamed to write the superlative Streets of Baltimore for Bobby Bare, and a year later wife Jan even hit with Evil on Your Mind.

In 1967, Waylon Jennings issued Sings Ol' Harlan, an album comprised solely of Howard songs; that same year, Mel Tillis cut Life Turned Her That Way, another of his greatest compositions (it was later successfully covered by Ricky Van Shelton). Hank Williams, Jr. scored in 1968 with It's All Over (But the Crying), but as the decade drew to a close, Howard fell prey to an extreme case of writer's block which threatened to derail him for the duration of the 1970s. Indeed, he scored only a handful of hits in the years to follow, among them a pair of chart-toppers, Melba Montgomery's No Charge and Charlie Rich's She Called Me Baby. By the 1980s, Howard had settled into semiretirement, although he regularly tutored up-and-coming songwriters at Tree Publishing; in 1982, John Conlee dusted off his Busted and reached the Top Ten, and two years later a pair of his more recent gems -- I Don't Know a Thing About Love (The Moon Song), covered by Conway Twitty, and the Judds' rendition of Why Not Me -- reached number one. Other contemporary artists to hit with Howard's songs include Reba McEntire, Highway 101, and k.d. lang. Howard died on March 3, 2002, in Nashville. ~ Jason Ankeny, Rovi 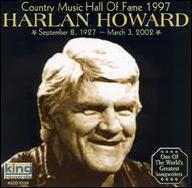 To the Silent Majority with Love
1970 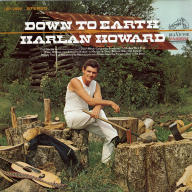 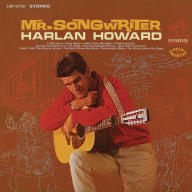 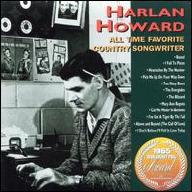 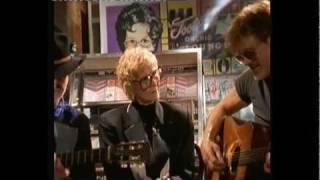 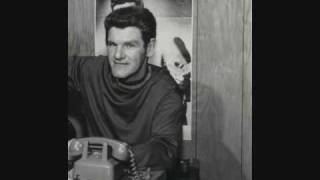 Harlan Howard - "Heartaches By the Number" (performed by the original songwriter) 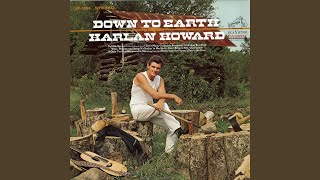 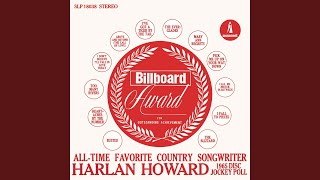 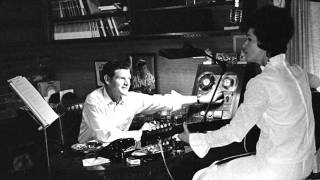